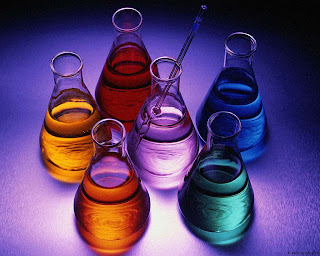 Long gone are the days where I could slap just any old thing on my skin and pay no heed to the consequences.  Too many years of recklessly painting myself with the most chemical-laden and powerfully-perfumed old muck – then using the equivalent of paint stripper to take it off – has left me with a face that breaks out and flares up into welts and red scaly patches if I so much as look at certain skin care ranges these days.

I pay a lot of attention to the labels on my products now, and, chances are, if the label states it contains parabens (particularly in eye creams) or SLS (lauryl or laureth) then it’s highly unlikely that I’ll be able to give that product the time of day.   Cleansers in particular have been a mine-field, foaming ones burn my face and make me red and scaly, and creamy ones make me break out really, really badly. That’s why I’m really happy at the moment that organic ranges of skin care are becoming a lot easier to find – and, as the organic revolution moves on, they’re becoming a lot more affordable too.

With websites like Puresha making the more high end “cult” lines such as Pure and True or Pai (they are also the exclusive suppliers of Cargo’s Plant Love range of organic make up – which is beautiful, and funkily packaged!) easier to get hold of, alongside a  proliferation of affordable ranges such as Organic Surge coming to the high street it’s never been a better time to be a sensitive skinned soul.  So I’m planning on trying out a few products, and bringing you my reviews of them over the next couple of months.  Some of the brands you will have heard of, but some of them might be new to you, but it’ll be fun trying them out, and letting you know what I think.  I’ve already written about Dr Bronner, which I adore, here

Since I moved to using more natural products, my skin has never been better. Instead of spots being a weekly (and multiple) occurrence, I now get maybe two or three a year. Them being more rare never stops it being a drama when they do pop up though, I have to say! And I only get red, scaly, itchy skin when I know I’ve been really neglecting my routine.  Welts are no longer a fact of life.  Of course, a large part of this is because I’m actually better at taking my make up off before I go to bed now, but, it can’t be denied that when I go back to using the – expensive – ranges I was using before, my skin simply isn’t as well-behaved as it is when I’m avoiding products with packed with cheap chemical fillers and heavy perfumes.

What are some organic products that you’ve used, and which really work for you?