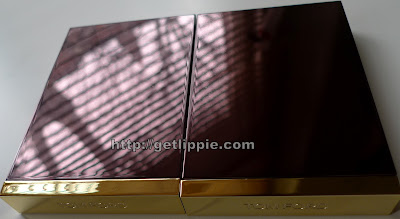 Someone pointed out to me recently that the two Tom Ford Eyeshadow quads that I own look a little similar.  Well … it can’t be denied.  In fact, for a while, I was convinced that the top row of both palettes was identical, myself!  So, any excuse to get them out again, I thought I’d do some side-by-side swatches of each:

But first, a look (or two) at the palettes together: 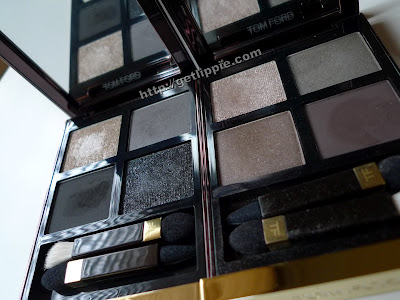 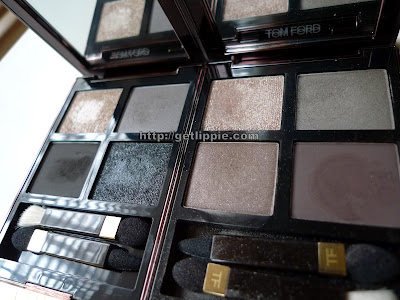 So, just how similar are they?  Here’s the swatches: 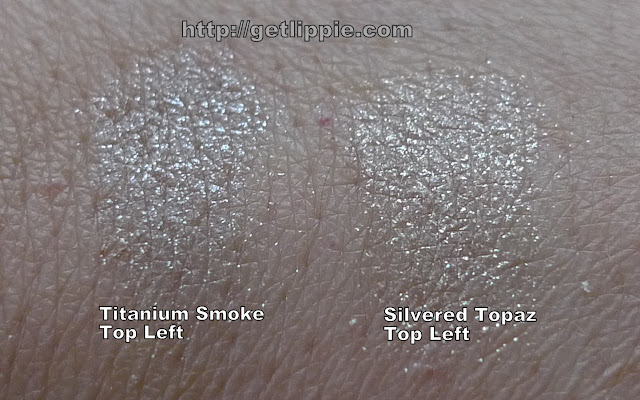 The glitter shades are indeed slightly different, the Titanium Smoke has a more “steely” grey appearance, and the Silvered Topaz is a very pale gold.  In reality though, they apply so sheerly that there’s no way you’d be able to differentiate between the two of them on the eyes. 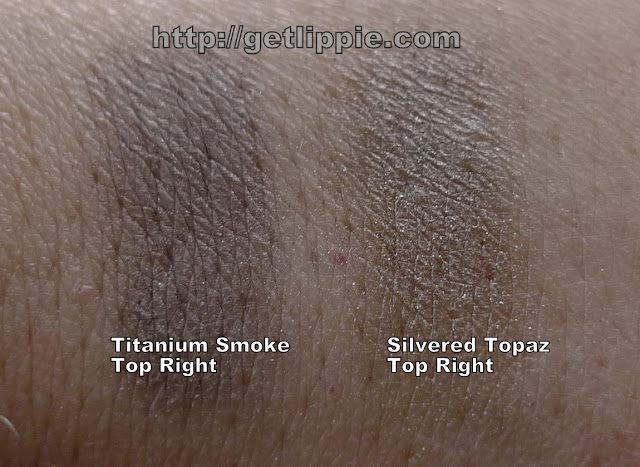 The grey shades in both are more different – Titanium Smoke is definitely greyer, and, on application, is both more pigmented and less powdery.  Silvered Topaz has a sheerer, slightly browner appearance.  I definitely prefer the Titanium Smoke out of these two. 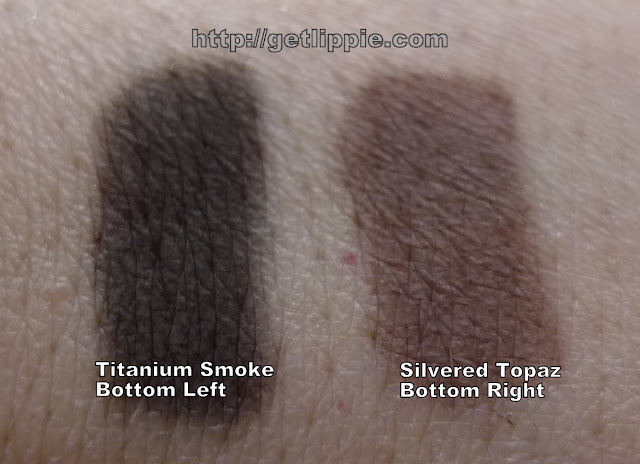 For the bottom row, I simply had to swatch the matte shades together.  Out of these two, Silvered Topaz is very definitely the more pigmented out of the two – I barely had to touch my skin with the brush!  But, for me, the Titanium Smoke is the most versatile shade, as it makes a wonderful powder liner, and is particularly suitable for tightlining your upper lashes.  The Silvered Topaz is actually so pigmented that it’s difficult to blend, and, the slightly red undertone makes it unsuitable for the inner rim of the eyes. 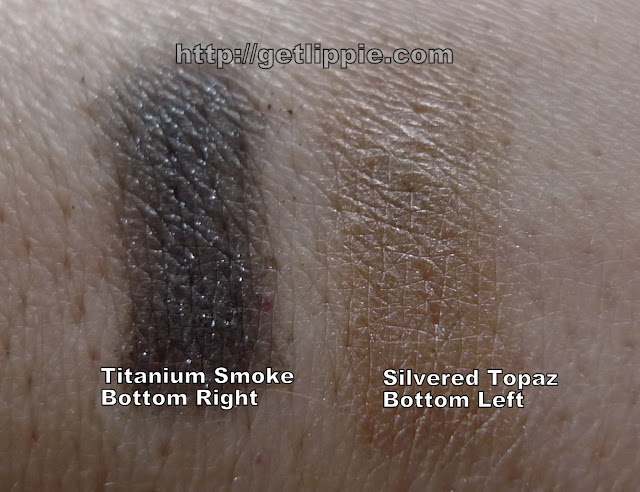 I’ll say one thing, the bottom left shade from Silvered Topaz was damn near impossible to swatch, so much so that it really annoyed me.  The Titanium Smoke grey is glorious, but it is just that little bit  … too sparkly.  That said, that hasn’t stopped me wearing it practically every day for the last couple of weeks!

So, which one catches your eye?

The Fine Print: Purchases.  I am a mental.