The Art of Male Makeup by David Horne and Mark Bowles

“The
only way I’d be caught without makeup is if my radio fell in the
bathtub while I was taking a bath and electrocuted me and I was in
between makeup at home. I hope my husband would slap a little
lipstick on me before he took me to the morgue.” – Dolly
Parton.

Make up is a
funny thing isn’t it? The quote above
is the way a lot of women feel about makeup, or more pertinently, how
they feel about themselves without it. 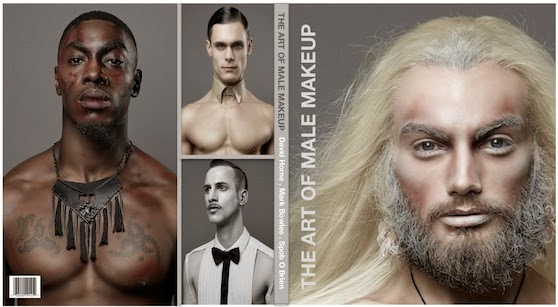 I don’t know
when it was exactly that women or society more likely hijacked makeup
as being an almost exclusively female activity, but until fairly
recently, certainly in my short lifetime *ahem* men with makeup on
has always been viewed as a bit of a freakshow. This is with the
exception of drag per se, that has little ambiguity about what is
going on.

More often than I
care to mention, when I explain to someone what I do for a living, it
is quite often, and rather ignorantly, met with questions about
whether I wear
makeup, or even if I ‘do drag’ myself. The assumption being I
suppose that if I am a dab hand at a bit of lipstick, and a brush,
and I love a bit of glitter, that I must covet the most feminine of
all things that is
makeup, and want to decorate my face with it, ironically in a female
parody sort of way. 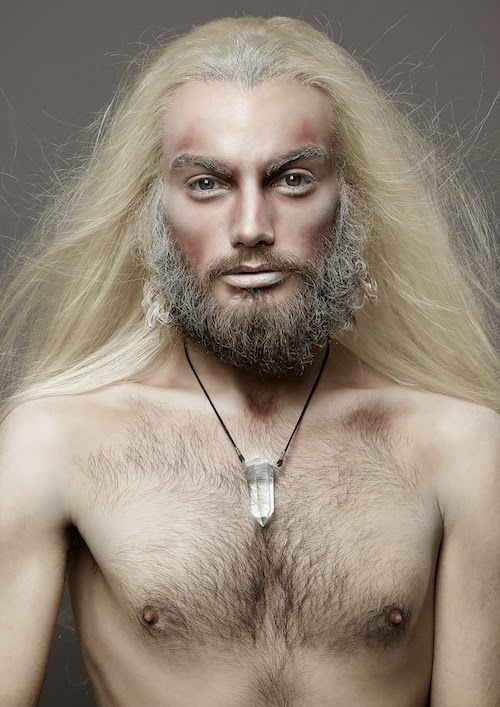 But makeup and
men do
have a very long lineage. There have always been men, who still
wishing to look like men, have worn makeup. I am not talking about
those possibly too vain men that pop on a (very lightly) tinted
moisturiser, or slick a little Touch Eclat under their eyes after a
heavy night, and god forbid it should look like you are ACTUALLY
wearing makeup for fear of ridicule.

Men who wear
makeup, but to all the world don’t fit into this little box of
drag, or camp, or androgyny, or feminine or all the other rather
emasculating vocabulary you can throw at them because they are
wearing something other than sweat on their faces.

Makeup, for me is
a gender neutral product. Out of the pot onto a face, be it male or
female, it’s the same.  In this respect,
there is a subculture of men that do wear makeup because quite simply
it pleases them to do so.  But, when looking
at male makeup, there are few reference points.  Until now. This week, I was
invited to the launch of a new book The Art of Male Makeup. Its creators are
the two prolific and frankly fabulous David Horne and Mark Bowles.Both makeup
artists, and both incredibly clever.

The book was born
from this lack of reference to makeup from a male perspective, or
worn by men that wasn’t as I said earlier draggy, or trans, or
feminine. Far from detracting anything from these particular styles,
the book seeks to demonstrate that male make up is an art form all on
its own.

An important and
rather insightful analysis took place as to what exactly *is*
feminine about makeup? A very particular eye was cast over the
various techniques that we are all so familiar with and examined to
see what exactly feminised them.

An example of
this would be eyeliner (guyliner *shudders* I loathe that term). A
straight, unbroken line is feminine; a flick for example is also
feminising the eye. Matte, for
example, is deemed more masculine than a shimmer, or a shine.
Glamour is not the goal here. Any ‘traditional’
cosmetic tricks are pulled right back so as not to overdo, and become
about the makeup, and not the face.

And fundamentally, what is
masculine makeup? It’s not about
decoration, so much as it is enhancement. It’s less about
correction, and more about character. The Art of Male
Makeup presents 28 characters to us, that are all familiar male
types, and shows us with these rules how makeup emphasises the
masculine traits of the face and body. There is not one that isn’t
intriguing, and doesn’t drag you into the story of that particular
character, and some will even surprise you. It is beautifully
photographed by the extremely charming Daniel Ellyot Moore.

Flicking through,
not one of these men has been feminised by the makeup, or the hair.
And each time I go looking at a different page, I notice something
new in the picture. They are all very beautiful indeed.  A true
collaboration of creative talent, there were a number of artists who
worked on this book including the amazing Julia Townend (on body
makeup this time), and Spob O’Brien on hair duty.

So what does it
mean?

Well for me it’s
a welcome relief on many levels. Not only is it a perfect reference
for the way maleness is perceived by Mark and David, but it also
signifies a new perspective in the world of makeup, and artistry as a
whole. We are seeing a lot of the same type of thing all the time.
Another smoky eye, another cut crease, another contoured face that
we’re all supposed to mimic and get excited about, when actually,
these are not new concepts but just lazy populist re hashes of the
same thing over and over.  The Art of Male
Makeup articulates a whole new world of possibilities for you to look
at, and equally for me as an artist.

A stunning book,
and an incredible body of work. I leave you with some beautiful
illustrations of the looks by Achraf Amiri.  If you are at all
serious about makeup, you need to own this. 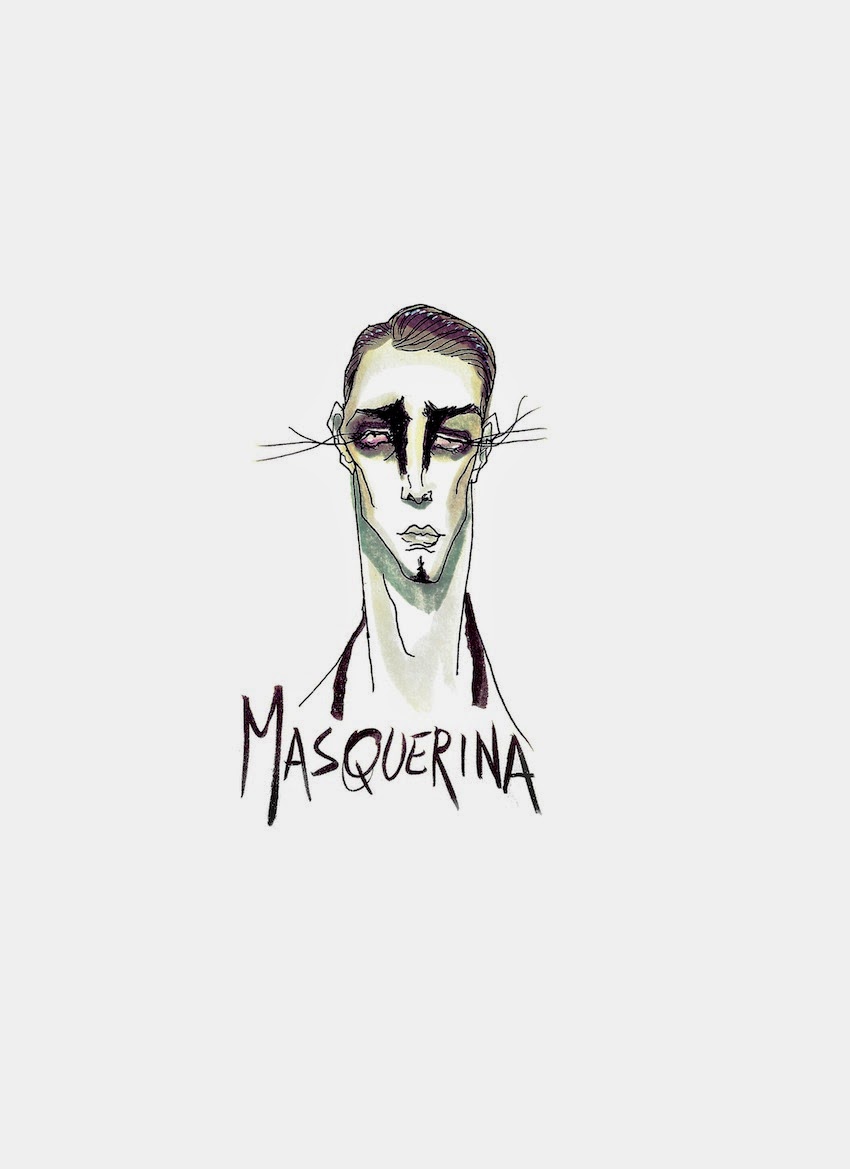 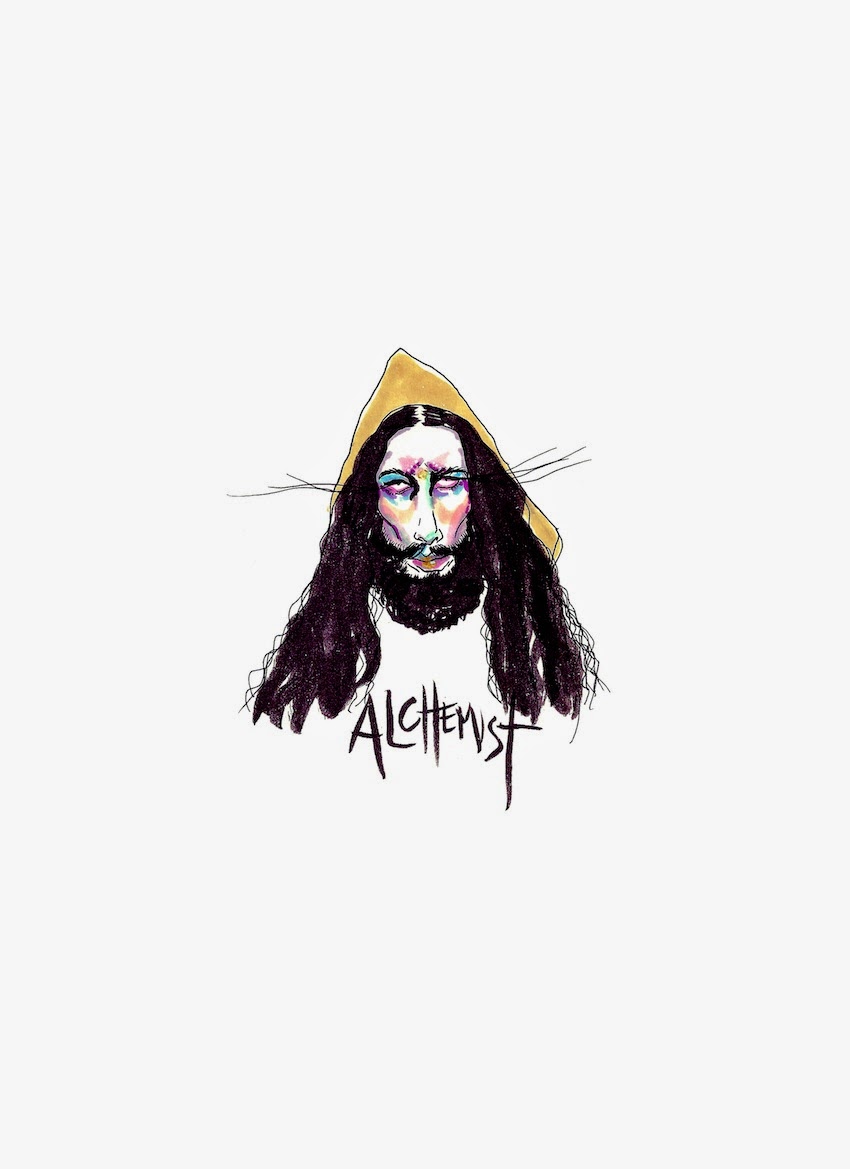 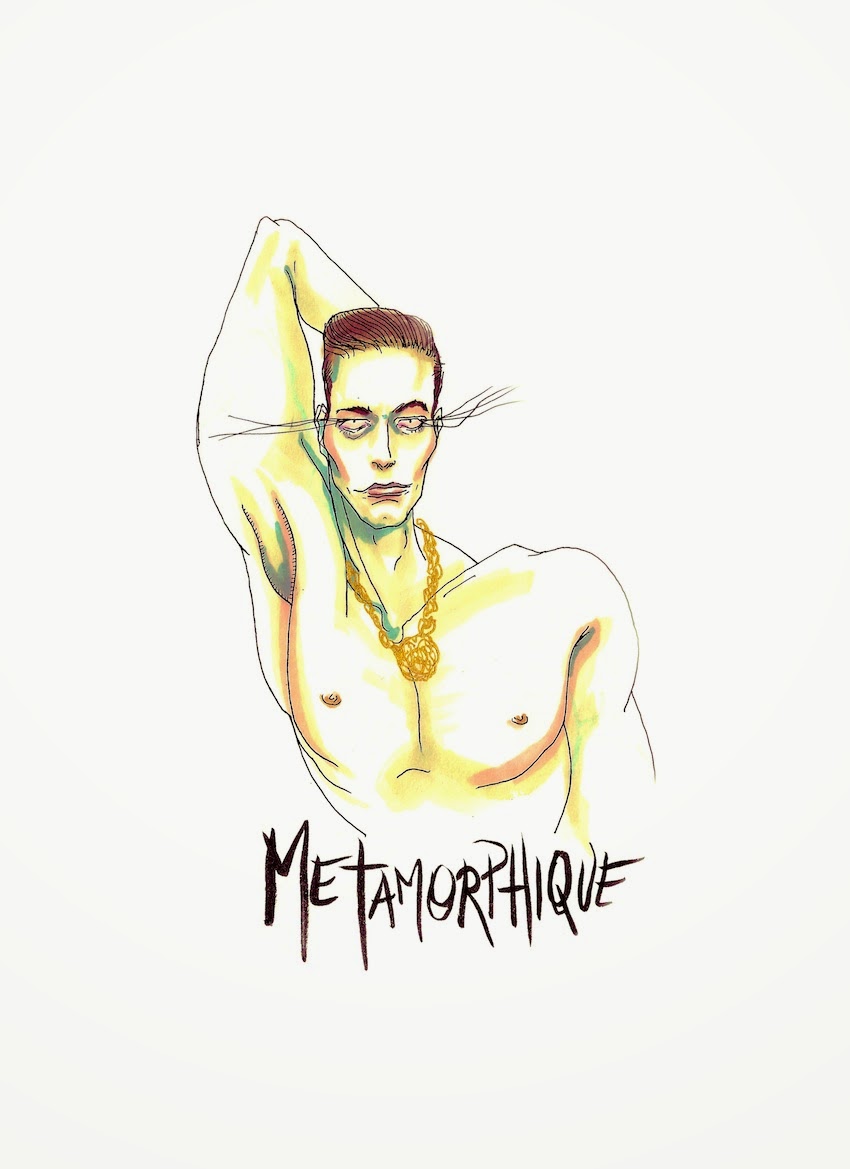 The Art of
Male Makeup is available by emailing hausofhorne@yahoo.com
and is £25.

This post: The Art of Male Makeup by David Horne and Mark Bowles originated at: Get Lippie All rights reserved. If you are not reading this post at Get Lippie, then this content has been stolen by a scraper