We Want the Funk: Ripe and Ready Perfumes for a Heatwave 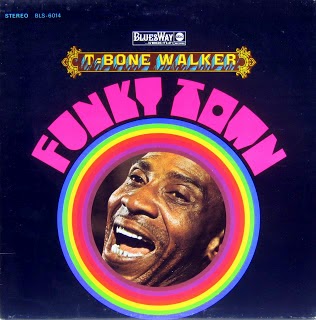 A couple of weeks
ago, I noticed that the predicted highs in my hometown of Mobile,
Alabama and London were exactly the same – 29 degrees Celsius. The
local press in Mobile referred to this turn of events as “an
unseasonable autumn-like chill”. Meanwhile, in London, the
headlines read “OMG HEATWAVE APOCALYPSE PREPARE A VIRGIN SACRIFICE
TO APPEASE THE SUN GODS!”

In Mobile, we deal with the heat by
hopping from air-conditioned house to air-conditioned car, and if
we’re lucky, into backyard swimming pools. In London, our primary
extreme-weather coping strategies are outrageous hyperbole and
whinging. It’s one of the many ways in which I’m proud to be
British.

Unfortunately, Tube travel and lack of
air-conditioned buildings can take its toll on the most stringent of
personal hygiene regimes. I experienced this last week as I was
leaving work on an especially humid day and suddenly realised I had
experienced a regrettable deodorant malfunction. Fortunately, I had a
bottle of Francis Kurkdjian’s Absolue Pour Le Soir tucked away on
my desk, so I was able to style out the funk with lashings of sweet
honey and dirty knickers. That smell? Yeah, that’s me. What of it?

This, then is my plea to you: when the
heat is on, be a lover not a fighter. Save the sunny citruses for
your gin and tonic. They’ll evaporate within hours during hot
weather anyway. Instead, reach for one of these out and proud
animalic fragrances: 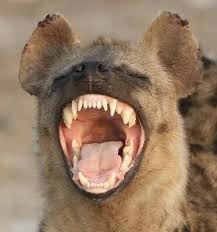 Serge Lutens Mucs
Koublai Khan, £79 for 50ml at Fenwicks of Bond Street. I
can’t find it online, so you’ll just have to come to London.

This is what Frederic
Malle’s Musc Ravageur would have been if it had been raised by
hyenas in the jungle (note to self: find out if hyenas live in
jungles; do hyenas prefer orientals to chypres?). Instead of the
come-hither bedroom eyes, we have the flasher on the street corner in
the stained trenchcoat. But if you’d just get past that, you’d
see he’s a really nice person, okay? And as it turns out, he is.
Though the unwashed combination of civet, musk and caraway is a bit
seedy at first, the composition is beautifully softened out with
amber, rose, patchouli and vanilla. Highly wearable, though still not
suitable for a blind buy. 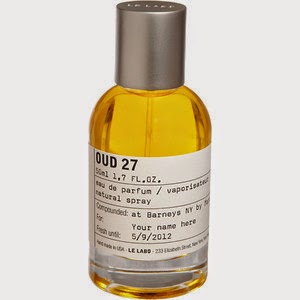 There is no way to pretty this up: this
is the filthiest porno-perfume that ever was. Although the official
notes are oud, civet, cedar, patchouli, ambergris and rose (so, noble
rot, cat bum, whale vomit and FLOWERS), whatever, this fragrance
ain’t never seen the inside of Jane Packer in its life. Oud 27 will
never turn up on your doorstep bearing a bouquet, but if you ask it
nicely, it just might let you see what’s in the black bag at the
bottom of the closet. Wear with a fur coat and crotchless knickers.

A big stinking heatwave
calls for a big stinking flower. Creator Germaine Cellier was
something of an enfant terrible of the 1940’s perfume world. In
Barbara Herman’s book “Scent and Subversion”, we are told that
Cellier’s first fragrance for Robert Piguet, Bandit, was inspired
by the scent of models changing their underwear during fashion shows.
Had I read that about her other masterpiece Fracas, I’d believe
that as well. This is the Vagina Dentata of tuberoses: all soft,
inviting flash with a deadly bite. Fracas is tuberose shorn of its
angular, camphorous top note and instead given bombastic T&A with
jasmine, rose, carnation, ripe peach and even riper musk. Wear this
for taking a lover back to your web for the first (and maybe last)
time. 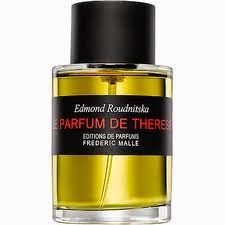 Michel Roudnitska, son of
Le Parfum de Therese’s creator Edmond called this “the
masterpiece of my father”. Considering that he was speaking of the
man who created Rochas Femme, Diorella and Eau Savage, this is high
praise indeed. Exclusively worn by Roudnitska’s wife Therese for
nearly fifty years, it was only released after his death in 2000,
when Frederic Malle persuaded Therese to allow him to publish it as
part of his Editions de Parfums line. I hesitate to describe this as
“animalic”, for it is actually a placid, watery fruit accord that
preceded the fresh aquatic fragrances of the 90’s by over forty
years. But laid over the plum, melon, mandarin and vetiver that forms
the heart of this quietly confident work is a note of leather that
transforms it from the coldly beautiful to something altogether more
warm and intimate. I have no idea what the Roudnitska’s marriage
was like, but when I smell the perfume he made for her, I can only
imagine that this was a man who deeply loved and understood his wife.
It manages to be dark and light and human and ethereal all at the
same time, and I would wear it any day over the hundreds of
candyfloss concoctions proclaiming themselves the essence of the
eternal feminine. Wear this when you have nothing to prove to anyone.

Not a perfume, but a neat
trick if you’d rather funk by choice than out of necessity. A quick
slick of this after a shower and before deodorant somehow seems to
neutralise body odour on hot days. I have tested this extensively on
the Victoria Line in July and it never once failed me. You’re
welcome.

This post: We Want the Funk: Ripe and Ready Perfumes for a Heatwave originated at: Get Lippie All rights reserved. If you are not reading this post at Get Lippie, then this content has been stolen by a scraper

One thought on “We Want the Funk: Ripe and Ready Perfumes for a Heatwave”