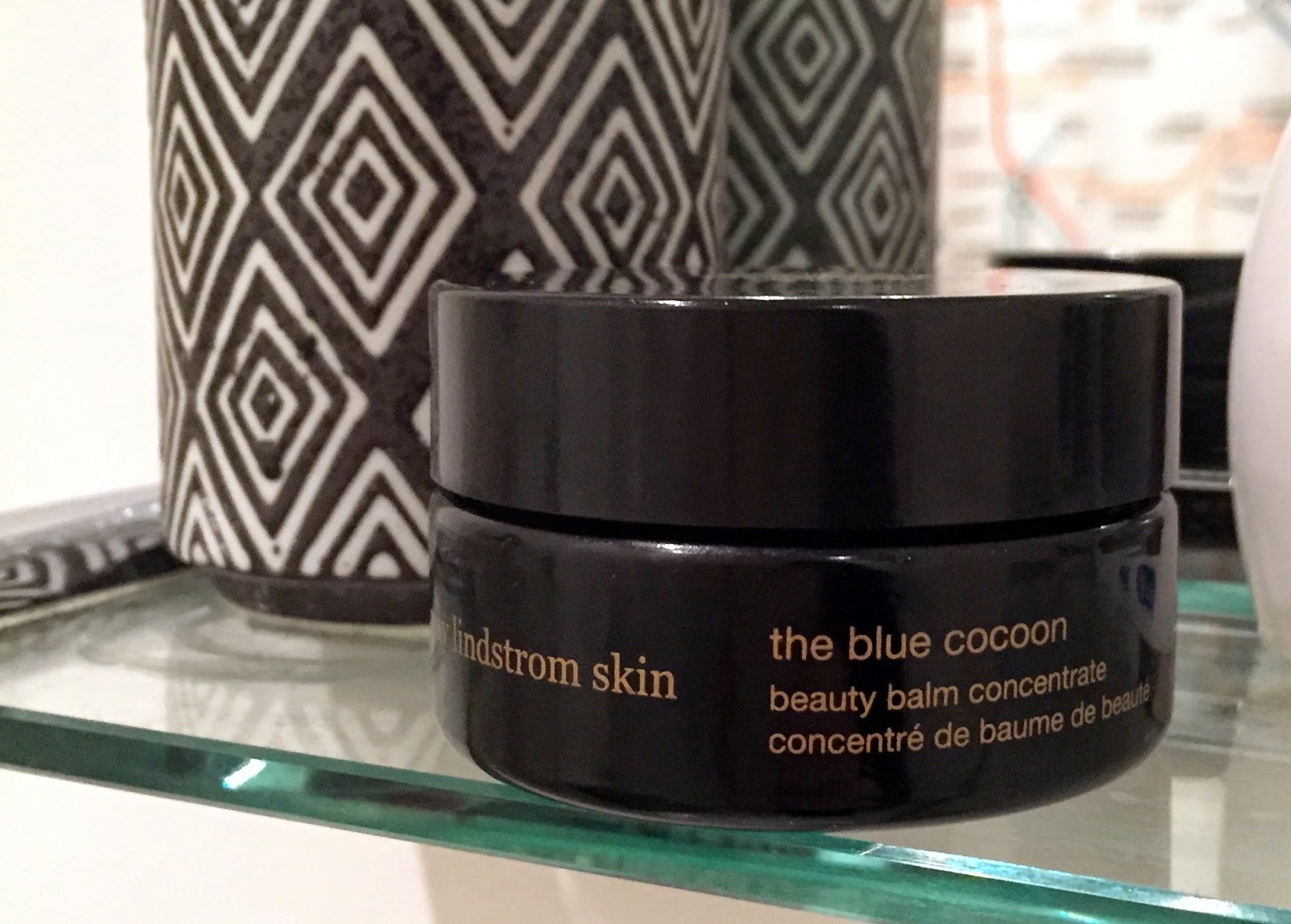 I am always being asked what my “major skin concern” is.  Why, I’m not quite sure, but it is, apparently, one of the perils of being a beauty blogger. I’m not nearly that bothered about ageing as I used to be, having met a few too many over-botoxed harridans in my time, and I now see wrinkles as a badge of character instead of the hideous disfigurements that the mainstream media, alongisde countless beauty product press releases, and the continuing overuse of photoshop in almost every area of life (ever noticed how barely anyone on Instagram has pores, lines or moles?) has lead us to believe they are.

But … I do get hacked off about my skin being so red all the time.  I actually have pretty good skin for my age (I am well over forty, and no longer care so much), it’s smooth, it’s fairly unlined, and the adult-onset acne I was plagued with through my late twenties and most of my thirties is now but a distant memory, but oh, the redness!   I long for even skin.

Part of it is because the industrial-strength products I used to torture my face with in years gone by has left me with skin more ridiculously over-sensitive than a teenage goth reading poetry at a Metallica gig, and part of it is because it is now winter, and the cold and the wind and the rain and the central heating, coupled with the fact that I like a glass of wine every now and again, all leave my skin screaming for soothing products. 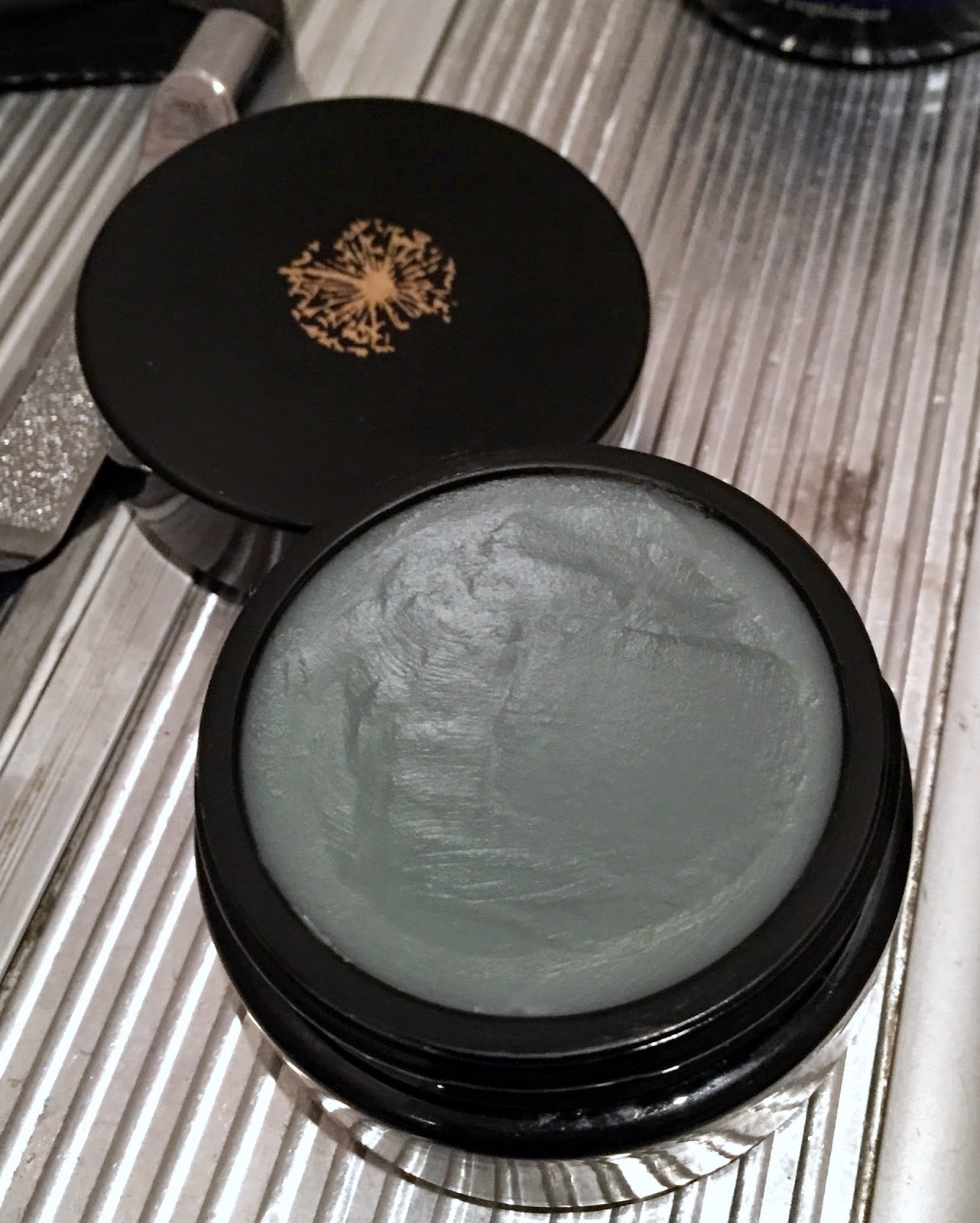 I discovered May Lindstrom The Blue Cocoon after I got a text from Caroline Hirons saying “Oi, Lippie! You.  This.  Face.  Now”, and I was powerless to resist.  Well, I say that, it actually took me a while to save up the cash for this, as it is £125 a pot.

But I bought it anyway, and the picture you see above is how much I’ve used in the four or five months (we’re nothing if not timely at Get Lippie) of using it several times a week.  I’ve barely made a dent, as a little bit of this goes a hugely long way. It’s aptly named as a “concentrate”. I’ve found that scraping just out the tiniest amount from the surface, literally just a millimetre  or two, is more than enough to soothe even the reddest of inflamed skins.  You simply melt it into an oil in your hands, then press it gently into your face, concentrating on on inflamed areas.  I don’t tend to follow it up with any moisturisers, applied over gently cleansed skin, this works double-duty as both a treatment and a moisturiser.

Infused with blue tansy oil, which is a natural anti-histamine and also has anti-inflammatory effects, it soothes redness overnight, and leaves you with beautifully soft skin in the morning.  It is a little greasy, so I don’t tend to use this during the day, but it does make a great night treatment.

Has it fixed my redness? No. But I genuinely don’t think there is a product yet invented that will “cure” redness, especially redness caused by both genetic and environmental factors as mine is. As such, The Blue Cocoon is no exception to that, but, as I wasn’t actually expecting a cure, I’m not disappointed.  I am less red though, and I am definitely red less often, which, as far as I’m concerned, is a win.  Where it does excel though, is soothing environmentally stressed skin, and it is fabulous at that.

Would I buy it again?  Possibly.  Possibly not.  As I’ve only got through maybe a quarter of a centimetre (not even that) of product in the last four or five months, I have a feeling the jar might just last forever.  And hey, at least that’ll give me time to save up again …

My jar of May Lindstrom The Blue Cocoon Beauty Balm Concentrate came from Cult Beauty.

The Even Finer Print: We’re not featuring full fragrance reviews on Get Lippie at the moment owing to illness – please see The Parosmia Diaries for more.

This post: May Lindstrom: The Blue Cocoon: Beauty Balm Concentrate originated at: Get Lippie All rights reserved. If you are not reading this post at Get Lippie, then this content has been stolen by a scraper

One thought on “May Lindstrom: The Blue Cocoon: Beauty Balm Concentrate”