2016 has been a great year for lipstick lovers, especially BRIGHT lipstick lovers, like, er … me! Armani have launched a great range of mattes recently – they’re currently exclusive to Selfridges, but they’ll launch nationwide on October 28th, and I have a bunch of them here.  In today’s post I’ll talk about the colours and the formula, and I’ll put swatches into the post tomorrow, otherwise it’ll be a bit too much.  Launching in 18 shades, I have 11 of them here to show you – I’m just missing the nudes, I think. 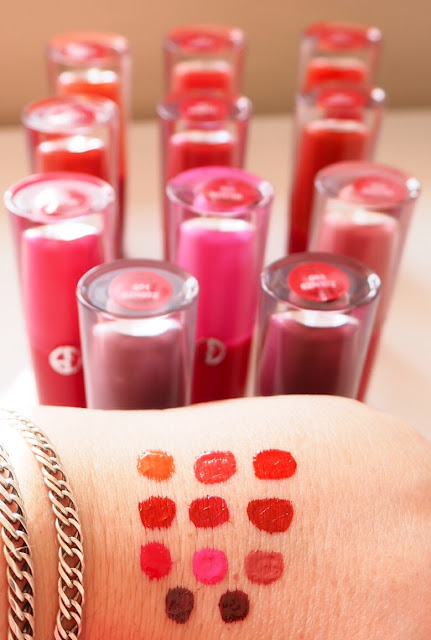 The shades have been released in four different colour families, corals/oranges, reds, pinks/nudes and purple/berries.  They’re all highly pigmented (though some are easier to apply than others), and they literally feel like you have bare lips once they’re in place, and have “set” onto your lips. 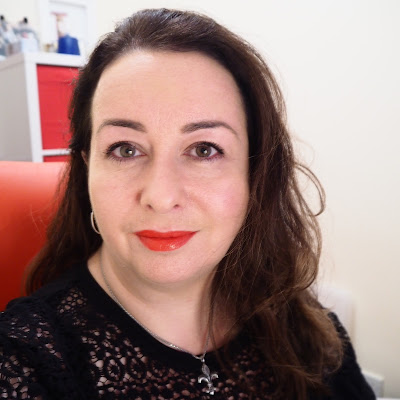 400 is a strawberry red.
401 is a cherry-pinked red and
402 is a classic bright neutral red.  A quirk in the Armani packaging makes these look a lot more warm and “orange” than they actually appear on the lips.  Even my husband mentioned that they all looked “really orange” before I swatched them.

500 is classic “bubblegum” pink on the bright side, but not too “Barbie”-looking.
501.  Barbie called, she wants her dream house back.
506 – a pinked mauve that is surprisingly easy to wear on this particular shunner of nudes. 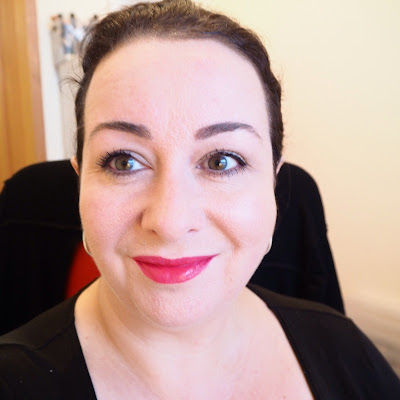 601 is a cool-tone liverish purple
602 is a bright berry-purple shade.

The formula is great.  A very thin and sheer liquid that can be easily built up in the more opaque shades, but I found that 300, 501 and 601/602 could be a little streaky if not applied carefully.  They have a “water-in-oil” formulation, which means they get more matte as the water in the formula evaporates off the lips, leaving just the pigmentation behind.  I haven’t had any issues with my lips drying out whilst wearing these, nor do they feather or crease at all.  I have noticed an odd tendency for them to look glossier in photos than they do in real life.  I think this might have something to do with the light-reflective properties of the colours, which are opaque, but not at all flat, which is quite a feat. 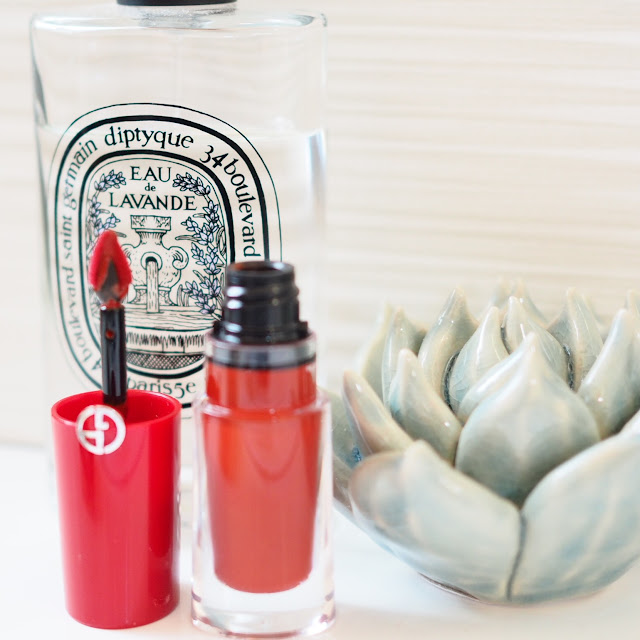 The applicator is, quite possibly, one of the best I’ve ever used in a liquid lipstick format, it’s firm, and doesn’t pick up so much of the liquid that you have to smear it all over, and hope for the best.  It’s on the small side, and has a very definite point to the tip, so you get an exceptionally precise application with little fuss, even if you’re as cack-handed as I am first thing in the mornings!  They’re not greasy, or slippery, and nor do they suck the moisture from your lips like other matte lipsticks I could (but won’t) name.  They’re an exceptionally nice, and easy wear.  That said, the wear time isn’t like anything as great as a traditional heavy pigment and wax-based matte lipstick, but they wear off nicely (you do have to watch for the ” red ring of doom” with some of the darker shades though), and they leave a nice stain of pigment on the lips.  The best (or worst, depending on your POV) ones for leaving behind a stain are the two brighter pinks (500 and 501) and the pinker berry shade (602).  None of the shades will survive a portion of chips, but they will stand up quite well to a couple of biscuits and a cup of tea (mental note, never blog when hungry).

This post: Armani Lip Magnets launch nationwide on October 28th originated at: Get Lippie All rights reserved. If you are not reading this post at Get Lippie, then this content has been stolen by a scraper