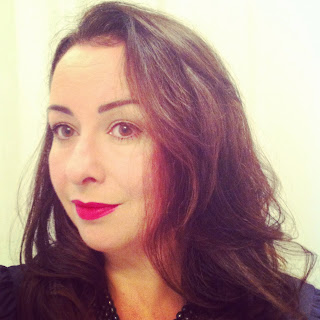 Or: The story of how I accidentally became one of “The Most Extraordinary People In The World”*.

I got an email last July asking me if I wanted to take part in a documentary about my smell loss. I get quite a few emails regarding my anosmia every week (I write about it a lot, lets face it), so didn’t particularly pay any special attention to this one.  I responded asked for more details, then found myself having a long, long conversation with a BBC researcher and got very, very excited about being on the telly, then heard nothing.  For AGES…

But before I get into the whys and hows of being featured (in a tiny way) on a major documentary series, let’s back up a moment and talk about why the BBC wanted to feature me and my “story” at all.  I’m not one of the biggest or “best” bloggers, after all, so why me?

Well … My name is Louise Woollam, and I’m “the perfume writer who lost their sense of smell” in what could be seen as a dumb cosmic joke.  It’s funny, really, a person who writes gently-amusing (occasionally award-nominated)  prose about fragrance on the internet loses their sense of smell and then whines about it continually for several years. Let’s make some telly about it! Yes, I’d be rolling my eyes about now if I were reading this too.  It’s fine, get it out of your system. I’m going to tell you more about it regardless.

This time three years ago, in 2014, I had a perfectly normal sense of smell, and had just NOT WON a fragrance-writing award (it’s fine, I’m genuinely not bitter – it was about fragrances from the pound shop. No one ever won a fancy-pants award writing about those), but I was just about to catch the cold that turned my life upside down.  That cold didn’t feel much different to any other cold, but the after-effects still linger to this day. A life without smell, whether or not you relied upon your nose as much as I did back in the “before”, is grey and dull and stressful, and is also one where the simplest of pleasures to distract yourself, such as a glass of wine, or a great meal, or even a cup of coffee or the smell of a hug from your loved ones, are denied to you. I spent the best part of a year getting used to my new smell-free life, which was surreal and bonkers and hugely isolating, but then things got worse, which lead me to another different life.

This time two years ago, back in 2015, I was deep in the blackest pit of despair you can ever imagine. Life had segued from my anosmic “glass box” existence, to living in a surreal smell-landscape where every single item you encounter in life, from shower gel to toothpaste, takeaway curry to a supermarket sandwich (and let us not even mention the circle of hell that is a kitchen to parosmic) to even the smell of your own wet hair could make you throw up, no matter where you were.  When something as simple as a colleague accidentally making me some coffee instead of tea would mean that you might have to leave the office for the day, or just walking past someone smoking in the street would also mean puking and weeping.  The absolute worst day of my existence happened around this time, when, after a fight about perfume on facebook (where else?)  I found myself face down on the floor of the bathroom covered in puke because the smell of my hot, wet hair smelled so damn bad, and I realised I was wondering whether or not I could go on.  Anosmia may have ruined my life, but parosmia nearly killed me.

Nothing smelled good, nothing tasted good, nothing felt good, I couldn’t get away from the smells, and I was crippled by them so much on a daily basis that there were days I could barely leave the house.  My ENT doctor told me two things during this time: “You know that Michael Hutchence? He lost his sense of smell, you know, and some people think that lead him to kill himself”.  Well, to say I have some sympathy with Michael Hutchence on this one would be a mild understatement.  I have wondered at several points, if, possibly, Michael Hutchence and I shared the same ENT.  I was so damn angry at this idiot for saying this to me, I can’t even begin to describe my feelings about it right now. At a different visit I was crippled, crying, and on my knees begging for help, thinking that I was insane in the face of these smells, when he delivered his real zinger:  “One day you’ll back on this and laugh”.   Essentially: “suck it up”.  Suck. It. Up.  Can you imagine a doctor saying this if I’d gone blind from that cold.  Or deaf?  It’d be unacceptable.  But because it’s “only smell” it’s considered fine by the medical community to dismiss the problem.  Smell is the least of the senses, in that sense.  Well, bollocks to that thinking, say I. Smell is important, and medics dismiss it to the intense frustration of their smell-disabled patients, and doctors who tell patients to “get used to it” deserve scorn, not admiration.

Whilst I can, in fact, laugh about some of my experiences now, there was literally nothing funny about the situation I found myself in. Fearing insanity and completely unsupported by my specialist medical team, I was misunderstood generally. It was hell. The truth is that the sense of smell is a neglected one, and even in circles where people really appreciate “smells”, there is a lot of mistruth spoken about anosmia and (to a much lesser extent) parosmia by people who rely on spreading fear about losing your sense of smell for their own living.  There are more than a couple of master perfumers who need to learn more about smell-loss, to be honest, but I shall mention no names here.  Anyway, I digress.

I have to say here, that I’m on the “lucky” anosmics.  I’m recovering.  Thanks to my own damn stubbornness in refusing to give up wearing, and writing about, perfume (yes, even with no sense of smell, and especially with a distorted sense of smell), it turns out I was unconsciously smell-training myself throughout this time.  I’d read about smell training back when I was deeply parosmic and just the thought of deliberately smelling aromatherapy oils (particularly given my deep antipathy towards “woo” medicine anyway) when I just knew that would make me sick, struck me as a terrible idea!

Nonetheless, I doggedly wore a different perfume every day, smelled it deliberately regardless of the reaction, and wrote a line or two about it on Instagram even if what I wrote was mostly just a memory. There are now over 400 of my “mini-reviews” on Instagram via the hashtag #LipsNSpritz.  Through doing this, I discovered that there, in fact, were things I could smell “properly”, and I have even, with the help of perfumer Sarah McCartney, created a couple of fragrances that smell good to me – and smell good to other people too! – which is an amazing thing to have been given the opportunity to do.  One of them donates funds to Fifth Sense, a pressure group that helps out other people with smell and taste disorders.

Smell training (even in as haphazard a way as I discovered it)  has, for me, given me some of my life back.  There are still things I can’t really smell – not being able to smell anything burning is a particular worry.  Not being able to smell farts, slightly less so – and trying to review perfumes is more akin to trying to do a jigsaw puzzle with my nose, than making up a story to go with a pretty smell which is basically what it used to be.  Nonetheless, I am persisting, and I will continue to do so – the three Jasmine awards I was nominated for by the Fragrance Foundation last year remain a huge point of pride (even though I didn’t win.  Again), and I it remain an ambition of mine to be the first post-anosmic perfume writer ever to win a Jasmine Award.  One day.  I’m hoping to do more work in the smell-training arena in the coming months too.  I’m speaking at the Royal School of Medicine in a couple of months, and you can bet if I could remember my idiot-ENT’s name, I’d be forcing him to listen to what I have to say about my “treatment” from him.  I will say this though: my GP was amazing, and I did get more help from him and support than I did from any “specialist” I saw during that time.  He was a lifesaver, literally.

So, er, yeah. That was a really long way of getting around to saying that the BBC eventually did get back to me and I spent two hugely amusing days last year being followed around by TV crews, doing deeply random things and I really hope the film gets across just some of the difficulties of being anosmic, and parosmic.  I’m terrified of watching it (the BBC haven’t let me have an advance copy in spite of me begging for one on several occasions. Damn their eyes!), but I do know I’d have been hugely grateful if someone else with the condition had spoken out about it back when things were at their darkest for me. Life isn’t dark any more, and I know I’m not alone in suffering these conditions, and that’s a huge relief.  If my little film helps anyone else, then whatever kind of perfumed wanker I look like come Wednesday evening, it will have been worth it.

BBC2 9pm, Wednesday 22nd March.  Be there.  Me, I’ll be cringing behind the sofa for several days afterward.  If you Tweet, I’m @Get_Lippie, and the hashtag is #IncredibleMedicine.

I’m hugely indebted to Linda Pilkington at Ormonde Jayne, and Navabi (as well as everyone else linked to in this article – such as Sarah McCartney, Smell Training and Fifth Sense) for their help and assistance in the making of this film.  Thank you.

* Stop laughing at the back! This was the working title of the show, and it’s what it’ll be transmitted as in international markets**
**[faints]

This post: https://www.getlippie.com/2017/03/incredible-medicine-extraordinary-people.html originated at: Get Lippie All rights reserved. If you are not reading this post at Get Lippie, then this content has been stolen by a scraper

One thought on “#IncredibleMedicine on BBC2 this week! (9pm 22nd March)”