I had a spectacularly crappy day yesterday, so getting my hair done was a real treat, here’s the finished result: 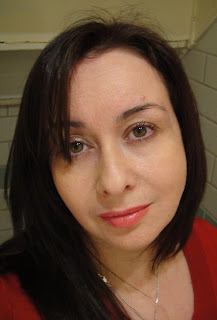 Have no idea what’s going on with my face there, but here’s the before and after: 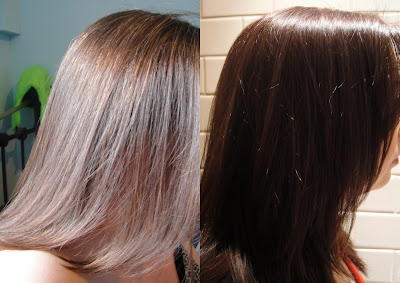 It’s a bit darker, but more of a coppery dark than previously, the layers have been recut, and I had a fringe cut back in.  I like it so far, but I’m looking forward to seeing it in the daylight. I went to the Rush salon in Baker Street, which is a great salon, a little noisy for me after a tough old day, but my stylist Nicola was great, it was so nice to be with a hairdresser who listens!

I went a bit crazy swatching lipsticks in Selfridges afterwards, I tried ALL the Tom Fords, but, I’ll be honest, I wasn’t really taken with any of them. There were two – Pure Pink and Pure Coral, I think – that I might have considered, but for the price, I couldn’t justify either to myself.  I really liked the new Armani pink lipstick collection though, and I think I’ll be picking one of those up soon (506 and 507 really caught my eye), has anyone tried them?  I did splurge on a new Guerlain Rouge G amongst other things, I’m wearing in the top picture there, in shade 62, “Georgia”, which is a lovely pink shade, but I’ll show you that in a bit more depth later … Didn’t have any Rouge G’s last week, and now I have two!  Pretty soon I won’t be able to lift up my makeup bag …

Can’t believe how much I’m looking forward to the weekend!