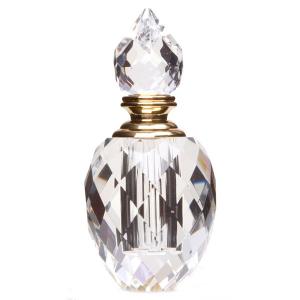 In the book Perfumes: An A-Z guide, they give the perfumes a star-rating, which is * for dreadful and ***** for classics that will stand the test of time.  I, however, am not as educated in perfume as I wish to be, and so, can’t really rate perfumes against each other as Luca Turin and Tanya Sanchez do in the book.

Also, I tend to find traditional classifications of perfume confusing, eg, what’s a chypre?  How is something both oriental and floral? And so on … so, alongside the traditional categories,  I’ll also be using these denominators/ratings/categories on my project:

As far as I can break it down – it’s hardly scientific as I’m sure you’ve already noticed, these are the categories that MrLippie lumps my fragrances into when he smells them – they can be described more fully as follows:

Disgusting = kind of self explanatory, but mainly refers to “scrubbers” (perfumes that immediately make you want to wash/scrub the disgusting stuff off your skin) or fragrances that make me vomit, as there are more than a couple.  I suspect the ingredient that causes it is tonka bean, but I’m hoping to find out properly this year.

OK = better than not wearing perfume at all, but not much (will usually smell of fruit)

Nice/Soapy = Pleasant, and nice to wear but not mind-blowing.  Incidentally, I see a lot of scents written off for being “soapy”, in my mind this is a mistake, some of my favourite scents are only available in soap form, and I don’t see what’s wrong with that.  A lot of soap is actually fragranced by perfume makers in the first place, you know …

Weird = Something that doesn’t always smell of traditional perfume.  Leather, tar, rubber, leaves, vegetables and the like.  Does not mean unpleasant, but just something a little out of the ordinary.

Very Nice = There is a very small category of scents that will make MrLippie sit up and pay attention (out of all the perfumes I own, I think three have made MrL make this observation), and I’ll make sure to highlight these ones properly.

Where mine and MrL’s opinions vary widely, the perfume will be given two ratings.

As for how the project works, there are 120 perfumes on the list that follows, which equates to 10 perfumes a month.  I’m not intending on buying all of these, I’ll garner sample sizes where I can, I’ll smell others on scent strips, and occasionally, if I like something enough, I’ll buy a full-size bottle.  In fact, I’ve like a few of the scents I smelling in January so much that I might have bought a few full size bottles of them already … oops!

I’m not intending to do a full review of every perfume on the list, but I will mention my thoughts of very many of them when I do roundups, which will be on a very ad-hoc basis.

So, all that out of the way, here’s the full list:

All perfumes have been chosen purely because something about the description of them in the book by Luca Turin & Tania Sanchez in some way appealed to me, it’s purely a personal choice (you might notice I’m a big fan of the nice/soapy category, and I love masculine fragrances somewhat too …), this list is in no way a guarantee of quality and/or taste and reason.