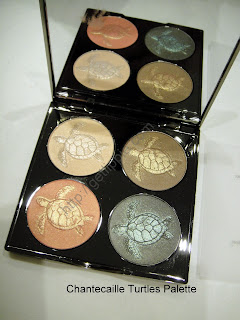 I saw this just after Christmas in some promo pics, and I have to admit, I fell in love a little bit.  Chantecaille has always been a brand I’ve admired, but have never really seen what all the fuss is about previously, but this palette might just be the one to change my mind.  It’s beautiful.

A shimmering sand shade, a glimmering brown, a multi-tonal greyed out forest green, and a golden coral shade, it’s almost as if the palette was made for me (and, if the brown had been a taupe, I may well have thought it was!) 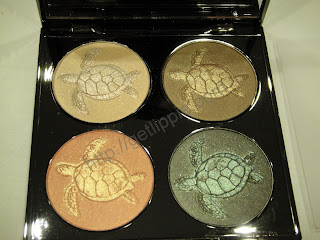 Every year, Chantecaille produce a palette where a proportion of the funds raised from the sales go to help sustain wildlife.  Last year it was tigers, and this year (via the Widecast Organisation) it is turtles.  I’ve spent a few nights – in the dim and distant past – on turtle watch in Greece, so this was a bit of a no-brainer for me, but it helped that the colours are so pretty.  So, how do they swatch? 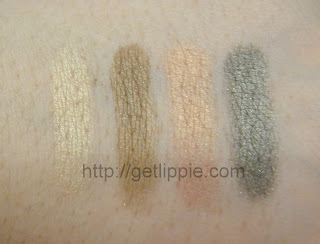 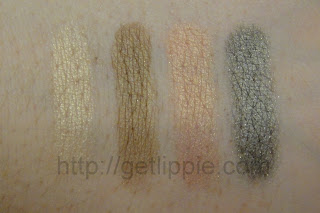 Well, the answer to that is, very nicely indeed, thank you.  The colours are on the sheer side, to be honest, but they build up well, and can also be used wet or dry with no damage to the shades in the pan, which is great.  Swatches above are shown as several passes of dry shadow on unprimed skin.  The shades are shimmery, but in a very subtle way, and they’re amongst some of the softest, most velvety feeling eyeshadows I own.  Sort of a Rouge Bunny Rouge texture, only slightly less pigment, making them – in my eyes – slightly easier to work with.  Personally, I find shadows with too much pigment difficult to deal with at times.

I love that charcoal green!  It looks so different on the skin to how it appears in the pan, but it’s gorgeous either way.  I used it as an eyeliner this morning: 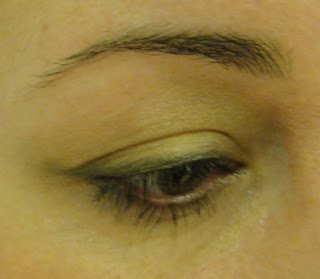 I applied the sand as a base, the golden brown in the crease, and the green as a liner on both top and bottom.  The colours are easy to blend for a seamless look.  Here’s the full face shot so you can see it in context: 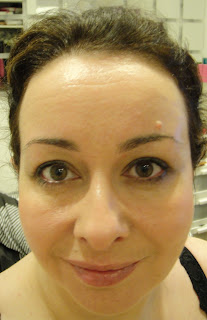 I wanted a clean, professional look today for a board meeting, eyeshadows as above, plus the blusher from the palette, foundation is Guerlain Lingerie de Peau, and I’m wearing Lanolips in  Dark Honey on my lips.  I’m going to try a smokier look with it tomorrow.

So, do you need a Turtles palette?  If you like polished neutrals, then possibly.  It is expensive, at £73 the price is more than comparable to, say, a Le Metier de Beaute Kaleidoscope, but the inclusion of blusher makes them a slightly different proposition.  I can see it’s something I’m going to use a lot, but your mileage may vary.

Finally, one last shot which is actually an outtake, but I thought it looked kind of cool: 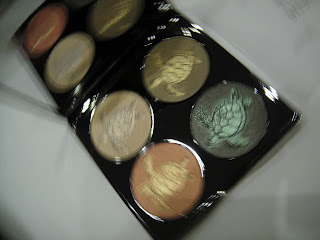 Look!  They’re all swimming in a circle!

The Fine Print: I bought this.