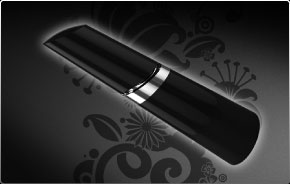 This is a Red Light Therapy Unit.  Yup, I didn’t know what it was either, but this little gizmo has been unbelievably handy recently.

In a nutshell, the LMS Spotlight is designed to help you keep your skin clear from spots and blemishes via the use of red LEDs (which provide the light).  Red light, shone on trouble spots at the right wavelength, apparently stimulates the body’s natural defence systems, and enables it to relieve problems like spots.  Apparently, it activates adenosine triphospate in the skin, and this starts the healing process off more quickly than you would expect.  The technology was initially developed by NASA, and is used a lot by physiotherapists. Colour light therapy is also widely used in hospitals around the country for a variety of problems – my mum is a licensed therapist (she’s also a Reiki Master, but we don’t like to talk about it). It’s also meant to be good for headaches (according to unofficial sources, so don’t quote me – thanks, mum), but I haven’t tried out this unit for that purpose.

So, the “science bit” – please don’t presume I know anything about science, as should be most definitely clear by now, I actually don’t – out of the way, does this work on spots?  Well, the answer, surprisingly, would appear to be yes.  I picked one of these up the other week and the very next day woke up with a whopping great cystic zit on my neck, one of those painful ones that takes a week to work up into an actual spot, and appears for that week to have it’s own central nervous system, not to mention a pulse rivalling your own.  I suspected for a while that it had its own gravitational pull too, but I could be mistaken.  Perfect timing though, admittedly!

However, I used the LMS as directed – you put the unit against the spot, turn it on, and leave the affected area illuminated in red light for a minute, three times a day – and, by the following morning, there was a most definite reduction in the size of the spot, and, I have to say that the spot very definitely felt less painful every time I used the unit, which was a nice surprise.

On the second day, there was merely a slight red mark indicating where the spot would have been.  I was a little astonished, nothing works that quickly!  Since then, I’ve used it almost exclusively on MrLippie’s skin – he’s a little more spot-prone than me, bless him – and it’s had an astonishing hit rate, spots appear to calm down after just one “zapping” (and if you’re thinking that there’s nothing more fun than pretending to be attacking your other half with a “laser” several times a day, then you’d be right – but then I am very easily pleased, and a girl has to get her fun somewhere), and are almost entirely gone by the third go-round.  It’s very easy to use too, turn it on, and leave it on till it switches itself off.  Simples!

Great stuff – highly recommended, anything that gets rid of spots without drying your skin out is okay with me!  The LMS units cost from £29.99 – £69.99 (depending on the amount of LED’s in the unit, which in turn relates to how much skin you want the unit to cover), and are available either from Harrods or the LMS Spotlight website.