A Gin Special with Penhaligons Juniper Sling and Sipsmith

I like gin. There, I said it. In fact, I like it so much that the day before my birthday this year I went to a perfume launch, simply because it had a gin theme. Then, on my birthday, someone (naming no names, MrLippie) bought me tickets for a tour of a gin distillery. So, I guess today’s post was kind of inevitable… 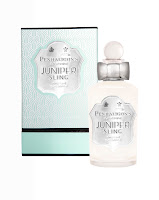 I’ve been wearing Penhaligon’s Juniper sling on and off for a couple of months now, and the truth is that I like it a great deal – I’ve read it panned on another blog for not being interesting enough as a male fragrance, but my take is that as a unisex fragrance, it’s actually rather wonderful. Heady with cloves, black pepper and coriander in the top notes – and of course, replete with nips of juniper, too – it’s both bracing and spicy, spicy, spicy. At first, I thought this was an odd launch for September, because of the bracing quality, but, on living with it for a while, it makes sense, because what is more comforting when the evenings begin to draw in than a crisp, spicy cocktail? Further down the ingredients list are orris, brown sugar, amber and cherries, making this into a soft skin-scent in the dry down.

On wearing, it’s quite noticeably reminiscent of a G&amp;T for the first few seconds, an icy blast of juniper and clove, then it perceptibly warms up with the pepper and coriander, and is spicy and, oddly, comforting. I like this stage of the scent very much, but if I have a criticism (and if you’ve read my blog for long enough, then you’ll know there’s always a “but” in every review), I do find that the mid-stages don’t last long enough. Ordinarily this wouldn’t be too much of a problem, but I do find the dry down rather … dull, at least compared to those extraordinarily composed, and highly reminiscent, top and mid-stages, so personally, I’d have preferred the spice to have been ramped up, and not to have bothered with the sweetish skin scent. But that’s just me! Oh, and I can’t get Mr Lippie to wear it for love nor money, which drives me bonkers.

Last week, I wore Juniper Sling to my tour of Sipsmith, just to get in the mood. Sam, who runs the company is an extraordinary host, and if you get a chance to pop along, then you really should make the most of it. It struck me that the process of making gin is very similar to the process of making perfume, the balancing act of the various ingredients required in the initial stages,the care and attention to detail throughout the process, all dedicated to producing a product that, whilst not a necessity, will bring a little cheer to life. 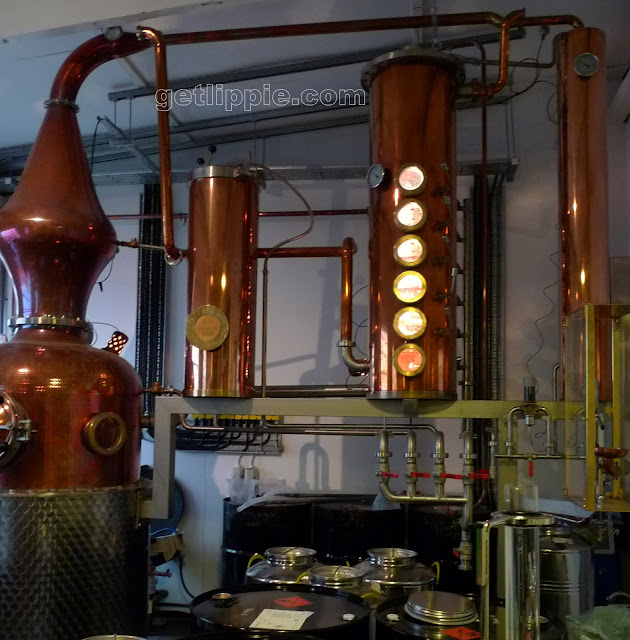 The Distillery itself is a petite and bijoux garage in Hammersmith, and it is the first all-copper distillery to be set up in London since the 1800’s. I was interested to find out that Sipsmith spirits are distilled in a one-shot process, and are sold unfiltered. Always having been taught that filtering is one way to gauge the quality of a spirit (the more filtering processes it goes through, the purer the end product, is the thought process), this was quite a revelation. For Sipsmith gin (and vodka for that matter) are both exceptionally smooth, and wonderfully flavoursome. Indeed, Sipsmith vodka is probably the only spirit I’ve ever tried that I’m happy to drink at room temperature, and without ice. Unheard of! Discovering there’s a Summer Cup (similar to Pimms, but rather more flavoursome, remarkably similar in taste to how Juniper Sling smells), and a Damson Vodka now too was a nice surprise! 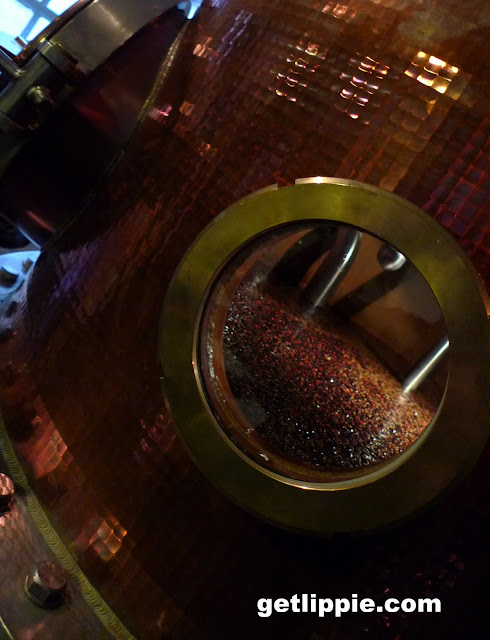 So, um yeah. Gin perfume and gin, is there anything finer?

The Fine Print: Juniper sling review based on a sample received at the launch event, and Sipsmiths tour has nothing to do with anything, I just enjoyed it and wanted to share.
This post originated at: http://getlippie.com All rights reserved.