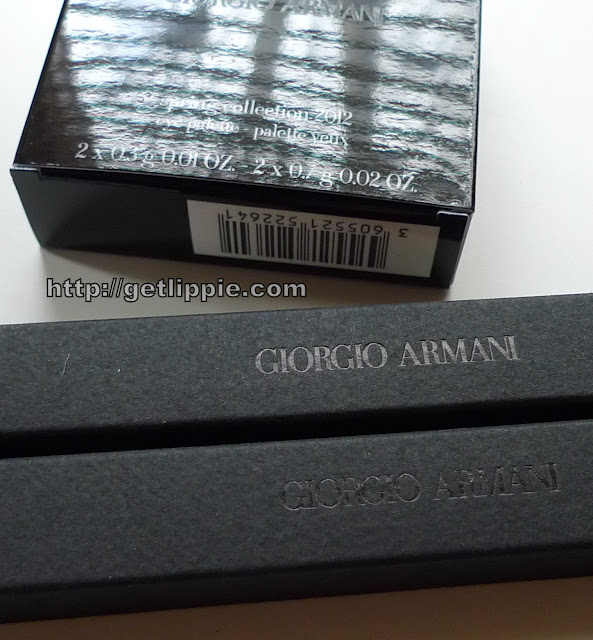 The good folks over at Giorgio Armani sent me a surprise package last week, and it’s a tiny bit special.    Especially if your name is Luce*!  I giggled a huge amount when I read the press release, it’s not often a blogger sees themselves referred to as “Luce, the Armani light” … Flattered though I am, I’m also slightly miffed there’s no taupe …

Anyhoo, the “Luce” collection this spring has seen Armani inspired by light, in particular the golden sunlight of spring, and they’ve created a new pigment: “Luce d’Oro” (literal trans: “light of gold”) to sprinkle into their cosmetics this season.  The result is a collection of sparkling metallics, with just a hint of the traditional pastels we tend to see at this time of year.

Shall we take a look? 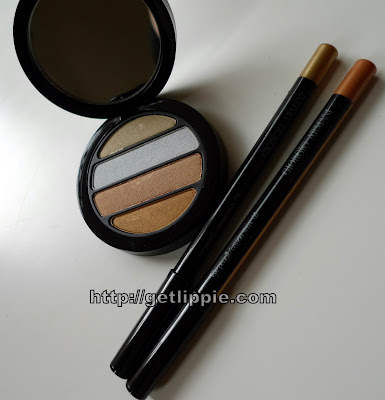 Here we have palette No.2, and the eyeliners in 04 (Or Antique) and 05 (Copper).  Here is a closer look, both with flash, and without: 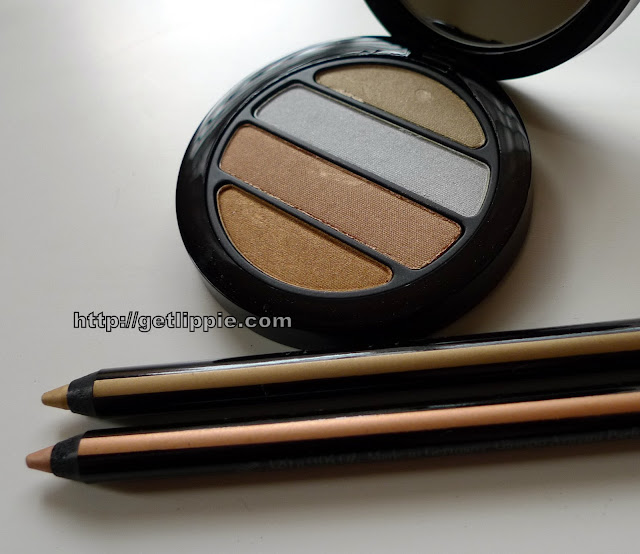 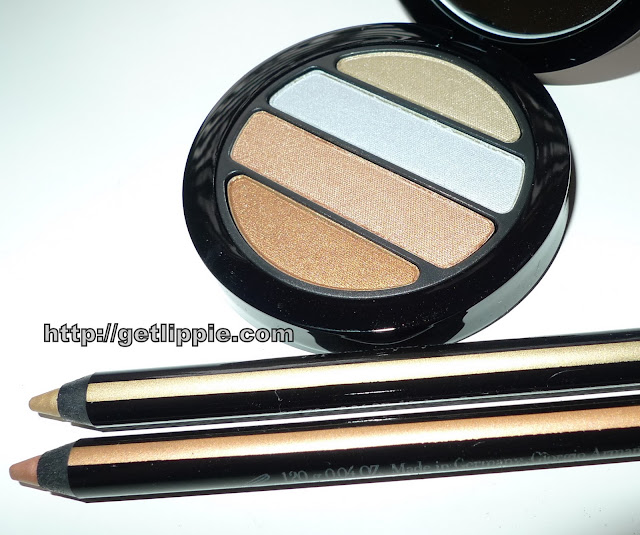 The shades in the palette are very pretty, from top to bottom you have “Grey” (more of a greige, really, but an interesting shade, nonetheless), “Metal Fibre” (silver, with a hint of pale blue), “Copper Pigment” and “Crystal Brown”, the names of which appear to have been applied to the wrong shades, if you ask me. 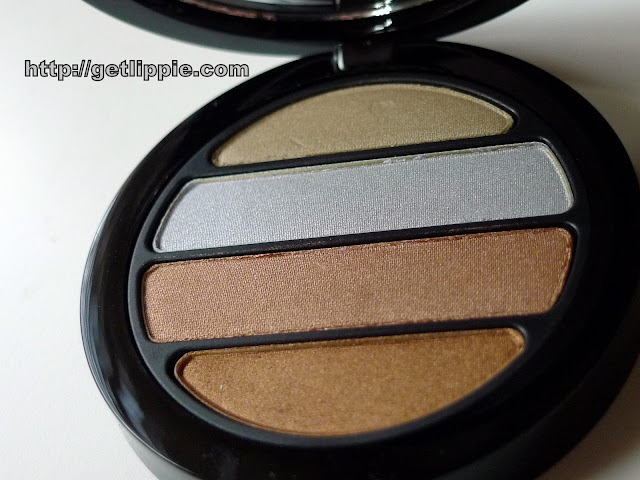 The shades vary a little in pigmentation, the “Grey” being the sheerest shade, and the “Copper Pigment” being the most intense, but on application, these are creamy and fairly intense in shades, but “Grey” was the most difficult to apply:

The eyeliners are almost exact dupes for
two of the shades, I think!  Or Antique is very similar to “Grey”, and
Copper and Copper Pigment are almost indistinguishable from each other. 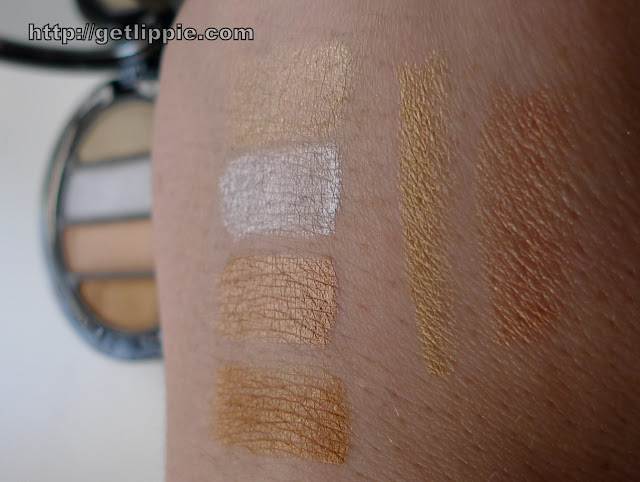 The eyeliners are the same creamy, smudgeable-then-unbudgeable gel formulation as the other eyeliners in the Armani range – one thing that makes me crazy about Armani eyeliners is that they are always limited editions, even the core shades like black! So very annoying – I have to say that Armani liners are by far one of my favourite pencil liner formulas, they don’t budge!  These shades are great for lining around the tear duct though, and can be used to lighten up a dark eyeshadow look too. 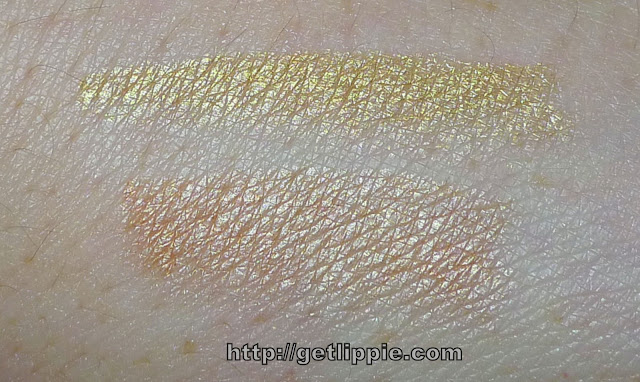 The full range comprises two eyeshadow palettes, a blush, 2 eyeliners and four lipglosses.  I’ll be off to Selfridges soon to check those out  … Well, it’d be rude not to, eh?

The Fine Print: Unexpected and unintentionally hilarious PR samples.  Mr Armani, you sure know how to spoil a girl …