I once read a tweet – or possibly a blog post – about a girl who had hysterics when she discovered that MAC had sold out of their Stereo Rose Mineralize Skinfinish almost at the exact instant it was first released a couple of years ago.  I’ve been boggling about both the product, and the state of mind of that poor girl ever since. 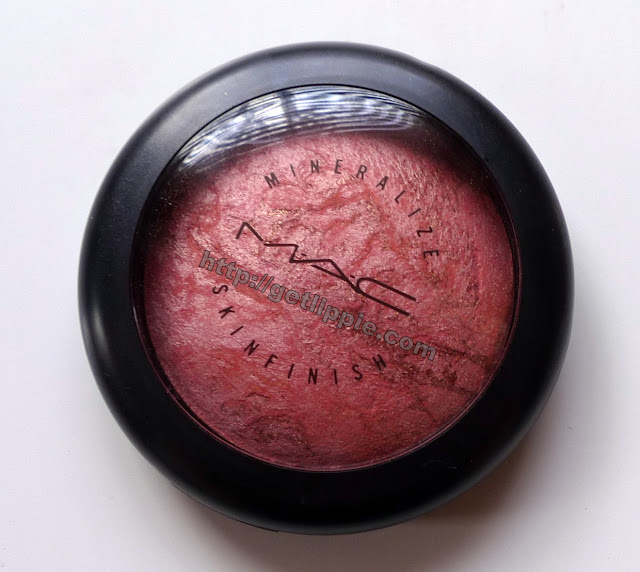 On hearing that MAC had recently re-released this cult item, a blusher capable of making grown women weep, I naturally picked one up.  I think the hype has died down a bit on this one now, as I bought this from the Covent Garden store well after the release hit the shops, and they still had them in-store.  I have seen people tweeting about stocking up on it though, so … who knows? 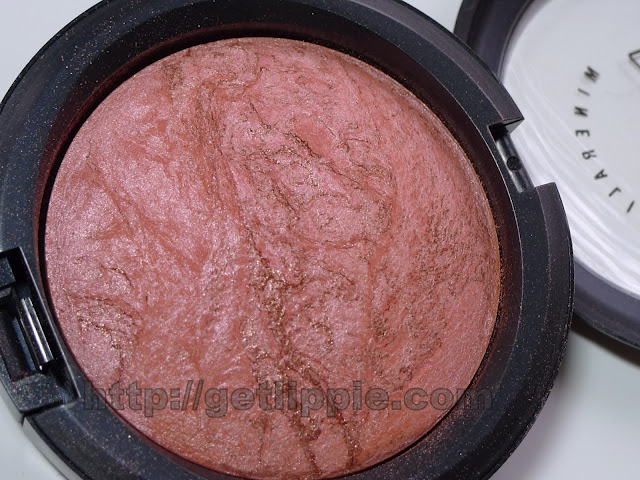 Well, it’s a very nice blusher, a pink-coral, highly pigmented, and the gold veining is very nice indeed.  It’s a highly shimmery (not glittery) finish, so you won’t need a highlighter with it as well.  Can I figure out why it’s a heartbreaker?  Well, not really.  It’s lovely – genuinely – not hard and prone to glazing as a lot of MAC powders can be, it’s soft and easy to blend, but if I didn’t have it, I wouldn’t lose any sleep over it.

I’ll show you why: 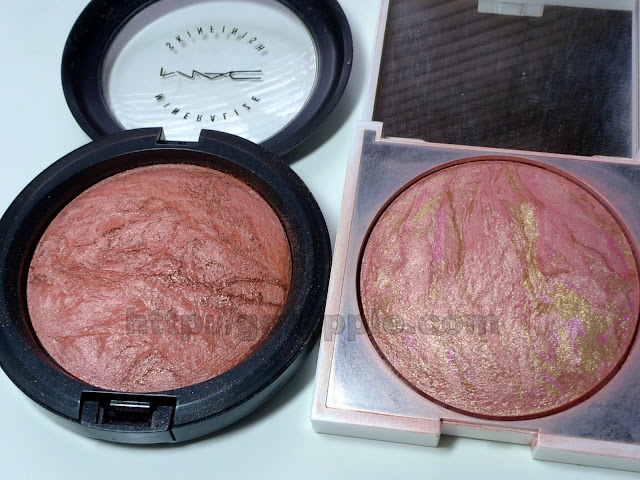 I appear to already have it!  On the right there is Coral Crush by New CiD,  don’t let the picture fool you, my camera is making it look pinker than it actually is, for some reason, but these two products are actually very similar in shade, so much so that if you’re not a makeup obsessive like myself (and even I’m distancing myself from the crying girl I opened this post with, let’s face it),  then you won’t need both. 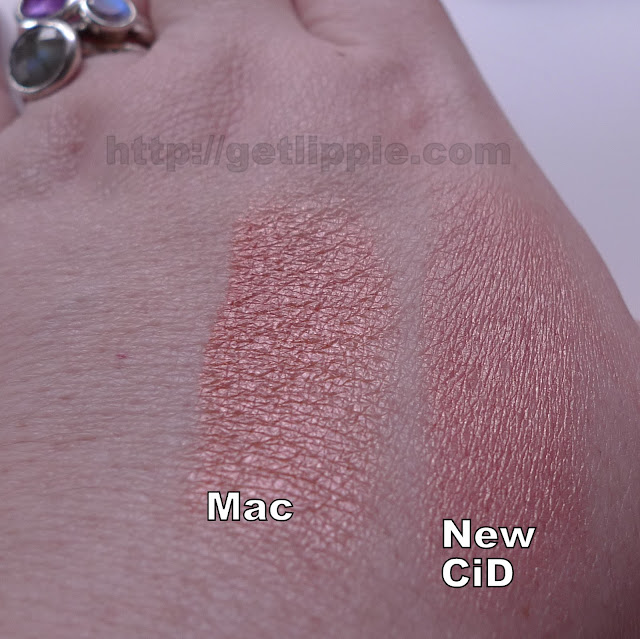 MAC Stereo Rose is actually a little more pigmented than New CiD as you can tell in the unblended swatch above, which, if you don’t own the right brush could be a little problem, you need a very light hand in application, whereas the lighter pigmentation in the New CiD enables it to be a bit more buildable, which, for a cack-handed muppet like myself, is a blessing. 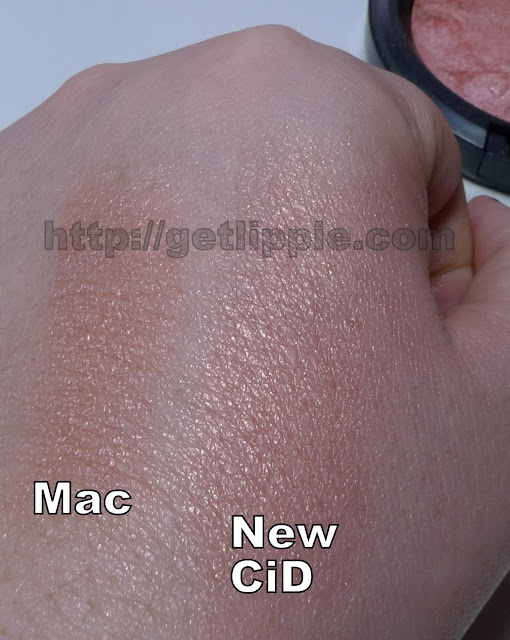 On blending the differences are even less obvious. Both give a gorgeous glow to the skin, and, it has to be said that New CiD is one of my most used cosmetic products of all time because of this.  So, do I need both?  No!  Am I glad to have both? Yes.  Have either of them made me cry? No!

MAC Stereo Rose is a limited edition product, so stock up on tissues just in case you can’t fnd it.  If you’re of a more sensible bent, New CiD Coral Crush is a permanent part of their lineup.  No tissues required.

The Fine Print: Mixture of PR samples and purchases. Q: Why did the rubber chicken cross the road?
A: She wanted to stretch her legs.

This post: MAC Stereo Rose vs New CiD Coral Crush Comparison originated at: Get Lippie All rights reserved. If you are not reading this post at Get Lippie, then this content has been stolen by a scraper