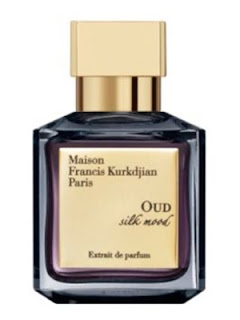 Of all the perfumers I’ve met over the last few years, right up there in my favourites would be Francis Kurkdjian.  Never afraid to say something controversial, yet always friendly, and with passion for his art oozing from him in droves, he’s a real thrill to spend any time with.  Recently I met up with him for the launch of his latest fragrance, Aquae Vitae, where, in referring to his sales figures, he announced that if the bloggers “love” a fragrance, then it’s the kiss of death for the sales of it!  Oddly, I kind of know where he’s coming from.

Perfume blogging is an odd thing.  I started doing it because I was bored with all the sugary-pink shit available in the shops, a state of affairs where everything, and everyone, smells exactly the same (like an ADD teenager wrapped in candyfloss, having drenched themselves in fruit-scented body spray first), and nothing had any “sex appeal” any more.

Then you discover niche fragrances, and frankly, the more off-the-wall, the better. They’re a revelation! Burning rubber?  I’m in!  Cough drops and cat-poo?  Also in!  Fur and leather?  Oh yes … and somehow, along the way, you can lose your taste – or even develop a distaste – for the simple, the commercial, or the popular.  It’s not always a bad thing (though there are some fragrance shops and departments I simply can’t set foot in these days, alas), but for some perfume bloggers, it seems that if a scent is designed to “sell” as well as “smell”, then it’s automatically inferior, no matter who the “nose” behind the scent is.

It’s a fine line for a perfumer to tread.  Do they design purely for the masses, wanting those sales, and risk the wrath of the bloggers?  Or, do they design their fragrances purely to appeal to that strange creature, the “professional” perfume critic?  Guerlain, in particular, I think suffers from this.  They’re actually a brand available on most high streets, but, because of their place in perfume history, they’re held in an especially schizophrenic position for most perfume bloggers, adored for their heritage, yet, most of their modern output (one or two future classics aside) gets a somewhat “sniffy” reception … Guerlain is not niche these days, it’s not even ultra-luxe any more, but if their more recent, more commercial releases allow them to still keep their historical (and wonderful) fragrances on our high street shelves – and prove that there is easily-accessible life beyond the candyfloss, to jaded consumers to boot – well, more power to Thierry Wasser’s elbow, frankly.

Most people aren’t perfume critics, however, and burning rubber is always going to appeal only to the select few, and I think it is far, far, far too easy for people (especially those who have educated themselves to a certain degree in fragrance) to write off a perfumer’s more commercial output. But, there are a number of perfumers doing the mainstream very well.  Francis Kurkdjian is, I think, one of the best representatives of how to appeal to both the masses and the niche-lovers.  His Aqua Universalis and Absolue Pour Le Soir illustrate this tightrope very well indeed.  AU is a clean, fresh, laundry-scent, immediately appealling, easy to wear, simple and uncomplicated, it’s the scent of the relationship between yourself and your clothes.  APLS, however, is a thick, sticky, sweet and dirty (how dirty?  It’s actually pure, distilled filth.  Bottled.  It smells of sweat, sex and honey.  Oh, and a bit of cat poo), hard to love, and utterly impossible to “get” at first sniff, it’s adored by perfume bloggers – including this one, who ran out and bought a bottle after reading a single review – the world over.  But it sells fewer bottles than Aqua Universalis, by a factor you can measure in the thousands.  Yet, you never see a blogger rave about AU.  Funny that …

Anyhoo.  All of that was basically my extremely longwinded way of getting into the mindset to review Oud Silk Mood by Maison Francis Kurkdjian.  In PerfumeBlogVille, Oud is, essentially, over.  Something the professional critics are bored with, and are waiting for the next big ingredient to pop up and replace it.  Over in CommercialLand, however, to very many consumers, Oud is still something new and exotic, still a smell that takes some getting used to.

Oud is a funny smell, it’s essentially a rotted, infected tree-sap.  It smells dark, and oddly medicinal, it’s thick, and difficult, and, although it’s been widely used in fragrances in the Middle East for a long time, it’s still relatively “new” in fragrances in the west.  In 2012, Kurkdjian brought out an entirely new kind of oud fragrance; Oud, which was light, transparent, and decidedly shimmering, and whilst still hugely “odd” (and medicinal) to most tastes, is probably the easiest to wear Oud fragrance I’ve come across.

In 2013, Kurkdijan added three new fragrances to his Oud line, in a selection of “moods”: Velvet, Cashmere and Silk.  Compared to the original Oud, Silk Mood is decidedly heavier, opening with a giant bouquet of the richest, darkest, reddest roses you can imagine, with just a tiny hint of fruitiness contained within, like the tiniest smear of raspberry jam in a rose-petal sandwich.  As it dries down, the oud and the chamomile add a hint of dustiness and depth, and a hint of mystery to the jammy fruitiness above.  There’s meant to be papyrus in there too, but I have no idea what that smells like, so I can’t pick it out.

It’s hugely well-balanced, meaning it’s hard to pick out individual ingredients above all the others, but this is, without doubt a gorgeous scent, it blooms in the heat – and has been the only fragrance I’ve wanted to wear in this recent hot spell – unusual for me, who normally cries out for minty, herbal, FRESH scents in this weather.  It’s also pretty appealing to the opposite sex, if the reaction of MrLippie is anything to go by, he normally dismisses things as “yes, flowers” or “oranges”, but he seems to really like this one.

I’ve read reviews of Oud Silk Mood dismissing it as “nothing original”, and maybe it isn’t (it’s the smoother, sexier sister to Guerlain’s Rose Barbare, which has a spiky, rather austere beauty, if you ask me, dried roses, and no jam.  Ironically, both were created by Kurkdjian). In Middle Eastern perfumery, oud and rose is the definitive combination for oud fragrances, but in this not-quite-a-“proper”-perfume-blogger’s opinion, there aren’t very many oud/rose combos that are as appealing as this one anywhere.

Now for the bit that’ll make you cry.  It’s £275 a bottle.  I only figured that out after I’d been spraying my sample with wild and gay abandon!  A small price for beauty though, perhaps?

The Fine Print: The fragrance was a PR Sample. Waffle, all mine very own.

This post: Maison Francis Kurkdjian – Oud Silk Mood originated at: Get Lippie All rights reserved. If you are not reading this post at Get Lippie, then this content has been stolen by a scraper