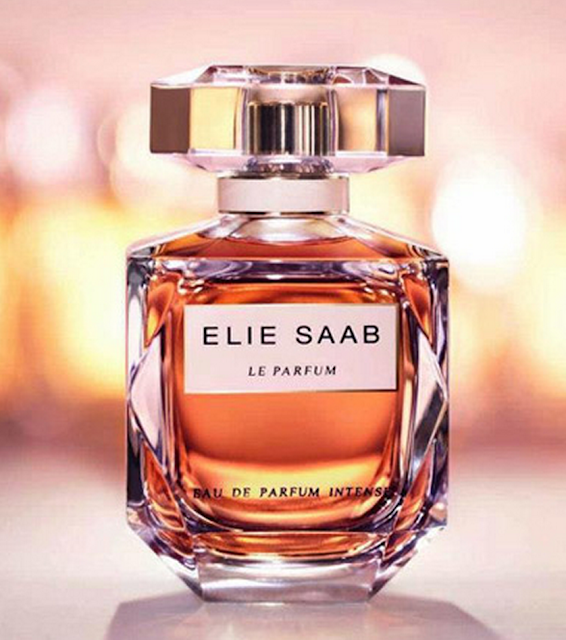 This is the second flanker to the original Ellie Saab le Parfum, which was released in 2011, the original was, I found, a rather sweet and diaphanous orange blossom and honey fragrance.  I liked it, but it always felt rather “thin” to me, and whilst I do wear it once in a while, I don’t adore it as some people do.

In 2012, they released an Eau de Toilette version (which I haven’t smelled in all honesty), and that was supposed to evoke a fresh Meditterannean morning to the original’s warm midday, and in 2013 they’ve finally released an “evening” version of the fragrance which is deeper, richer and more intense in almost every conceivable way.

Where the original fizzes on first spraying with bright light citrus, Intense sets its stall out early with an intriguing and heady – intensely heady – burst of orange blossom and rather animalistic honey, letting you know right away that this isn’t some flighty little wisp of a fragrance that’ll disappear after an hour or so.  Whereas the original finally settles into a powdery blossom fragrance, there’s a meaty and distinct amber at the bottom of Intense, which is warmer and more intimate than the EDP.

I find it a fragrance perfectly designed for the evenings, and I think it’d be a great “date night” fragrance, it seems designed almost to make people want to get closer to you to smell it more. It lasts well, and surprisingly for such a deep fragrance, it sticks close to the skin, having only a rather modest sillage. It’s a thick and intense scent, but it also has a hint of playfulness not usually seen in “intense” fragrances, and I think that’s down to sparkle of the blossoms used.  It’s also, of course, down to the talents of Francis Kurkdjan, who is fast becoming the favourite perfumer of this particular blogger.

30mls of Ellie Saab le Parfum Eau de Parfum Intense will cost around £40, which is a bargain.

This post: Ellie Saab Le Parfum – Eau de Parfum Intense originated at: Get Lippie All rights reserved. If you are not reading this post at Get Lippie, then this content has been stolen by a scraper