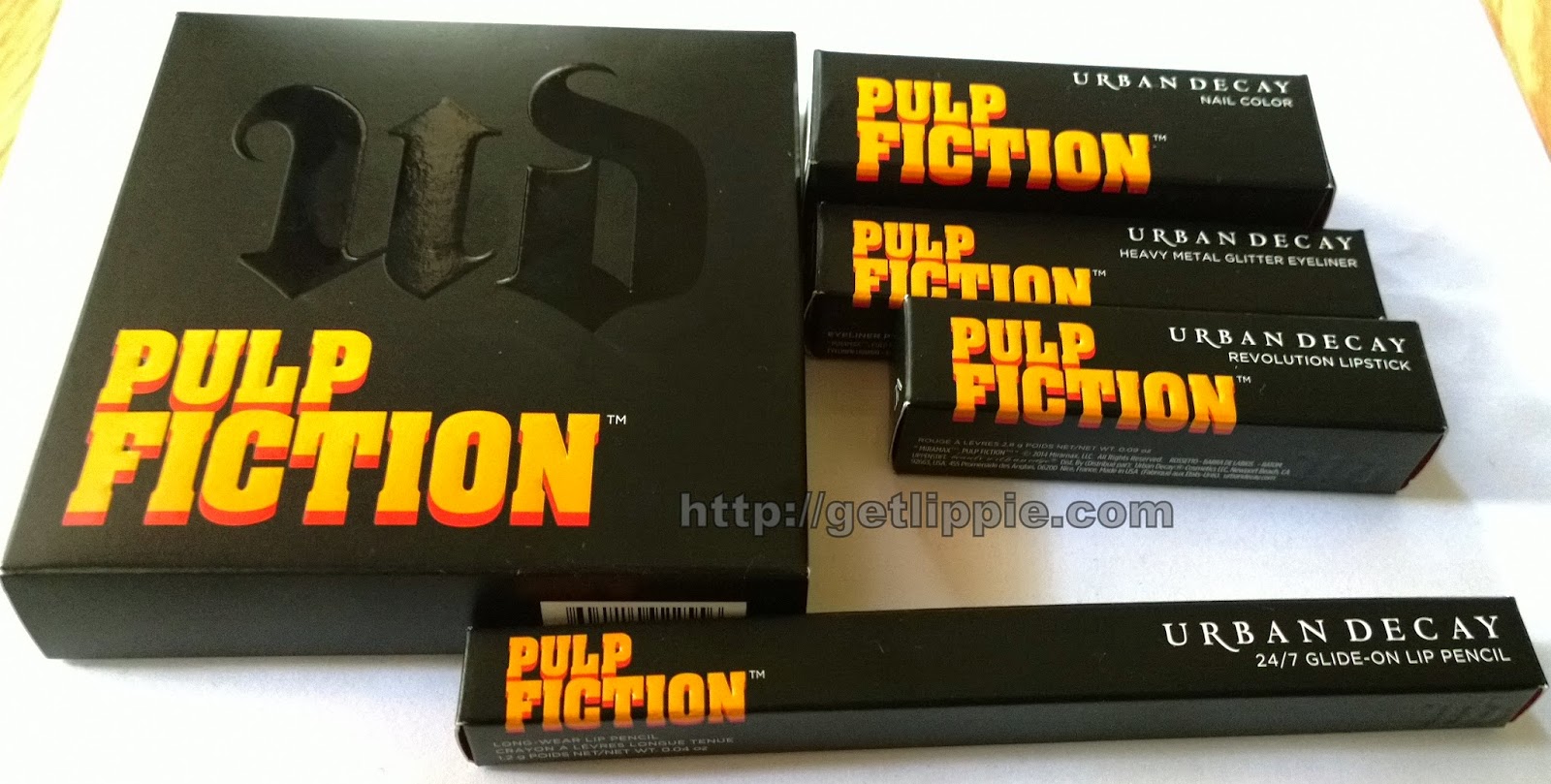 It’s everywhere at the moment, but I couldn’t not blog about the Urban Decay Pulp Fiction collection, because it contains one of my favourite beauty items that has been released ALL YEAR.  Yes, one of these items is so lovely and amazing that, literally the day this collection went in-store, I ordered three back-ups of one of the products.  I actually ended up with six back-ups, but more about that later … 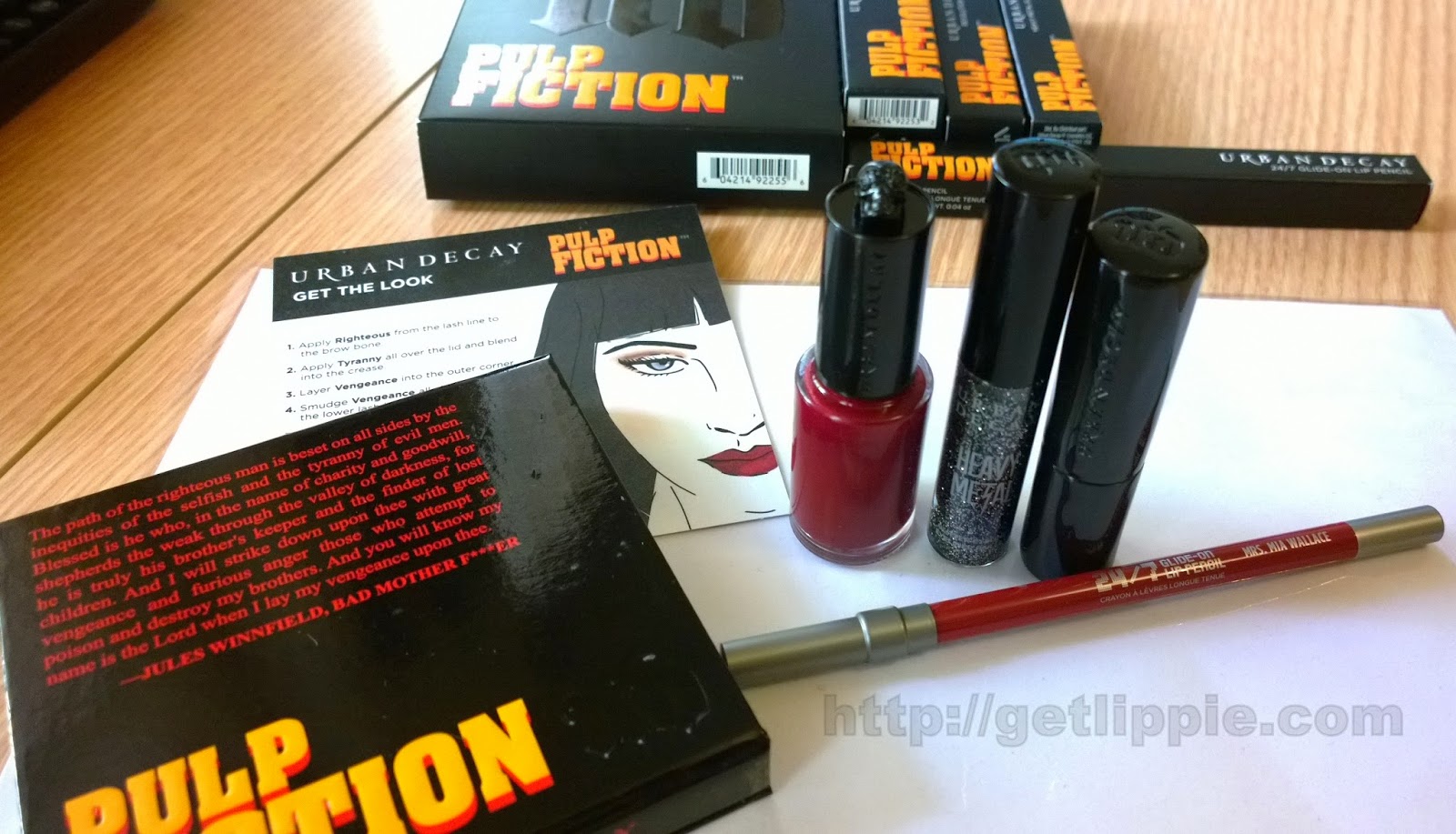 Anyhoo, in news that will make a sizeable percentage of my readershship (myself included) feel really, really really old, this year marks the 20th year since Pulp Fiction was released. TWENTY YEARS!  Jeez.  I remember Quentin Tarantino being the enfant terrible of cinema back then, I bet Quentin thinks he still is.  I’m digressing, of course, as this makeup collection is basically a tribute to Uma Thurman in character as Mrs Mia Wallace, and as Limited Edition collections go, this is a good one. 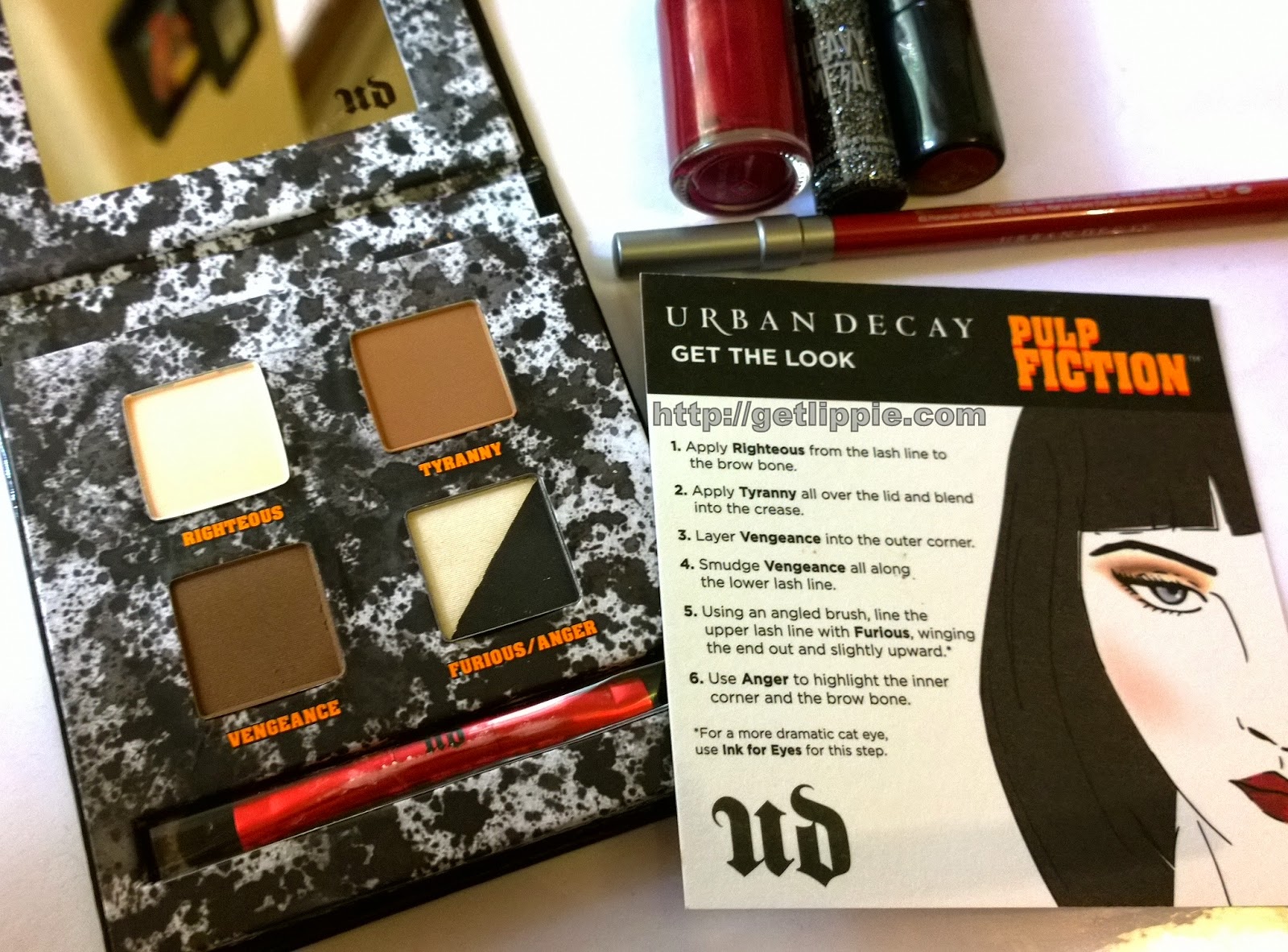 The collection consists of the eyeshadow palette, a lipstick with matching liner, a nail varnish, and a repromote of one of the Heavy Metal glittery eyeliners.   There’s also a makeup instruction card that will help you recreate the definitive Mia Wallace look. 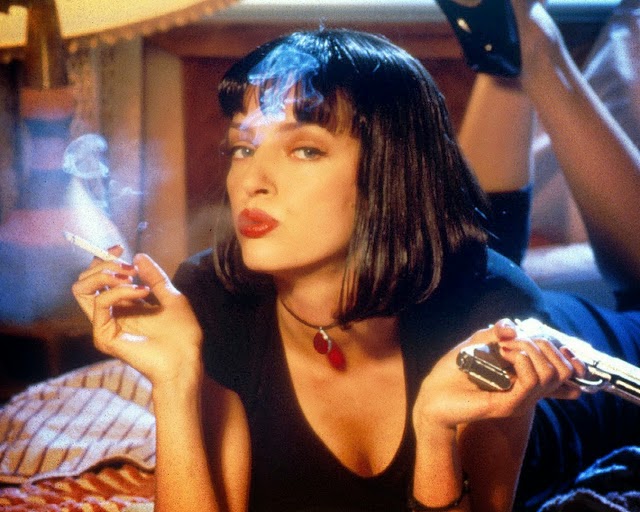 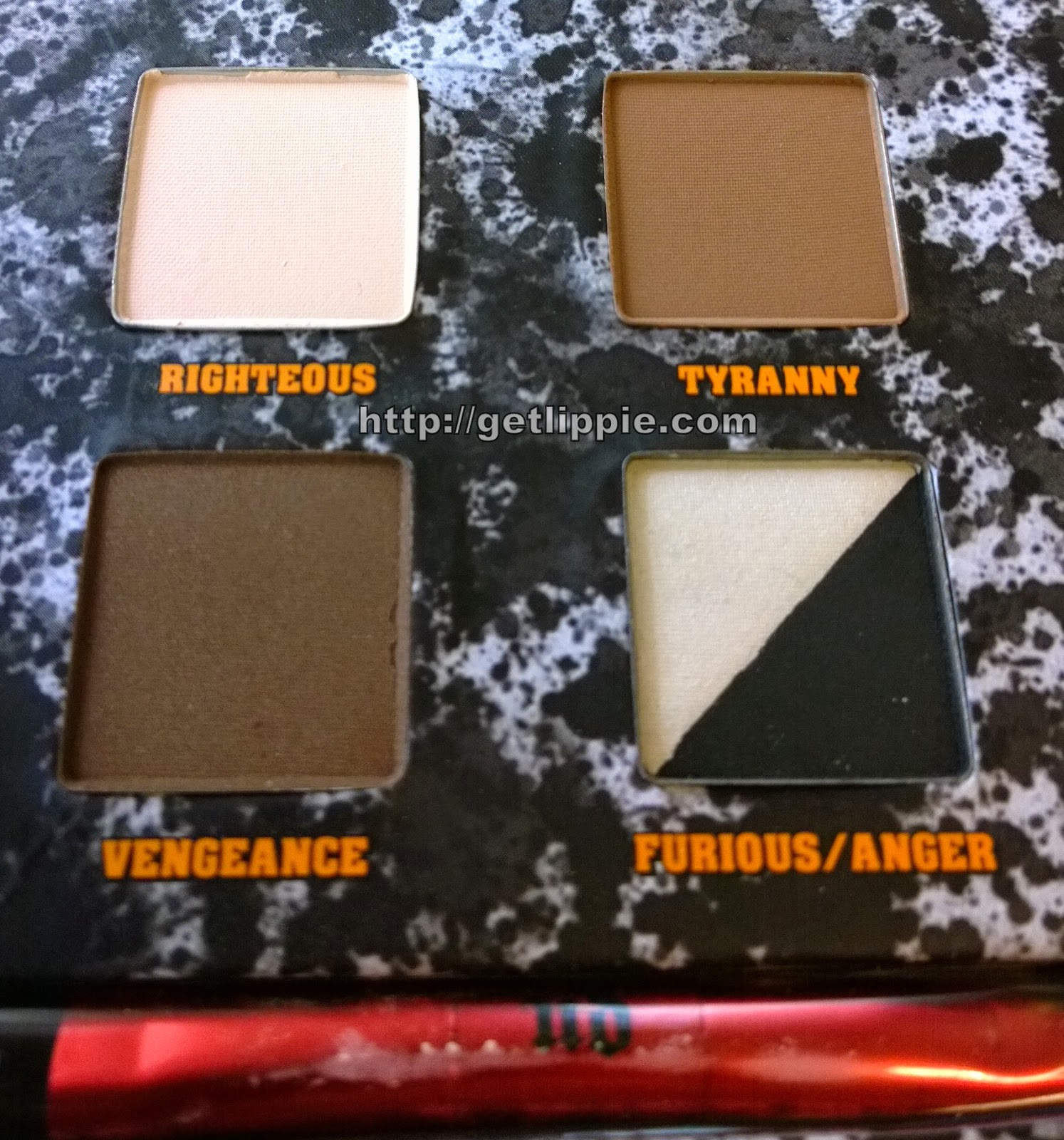 I think they’ve got the colours spot-on, to be honest, aside from the white, which I don’t think is entirely necessary, they already have the highlight colour in Righteous, which makes “Furious” rather redundant, but, anyway. 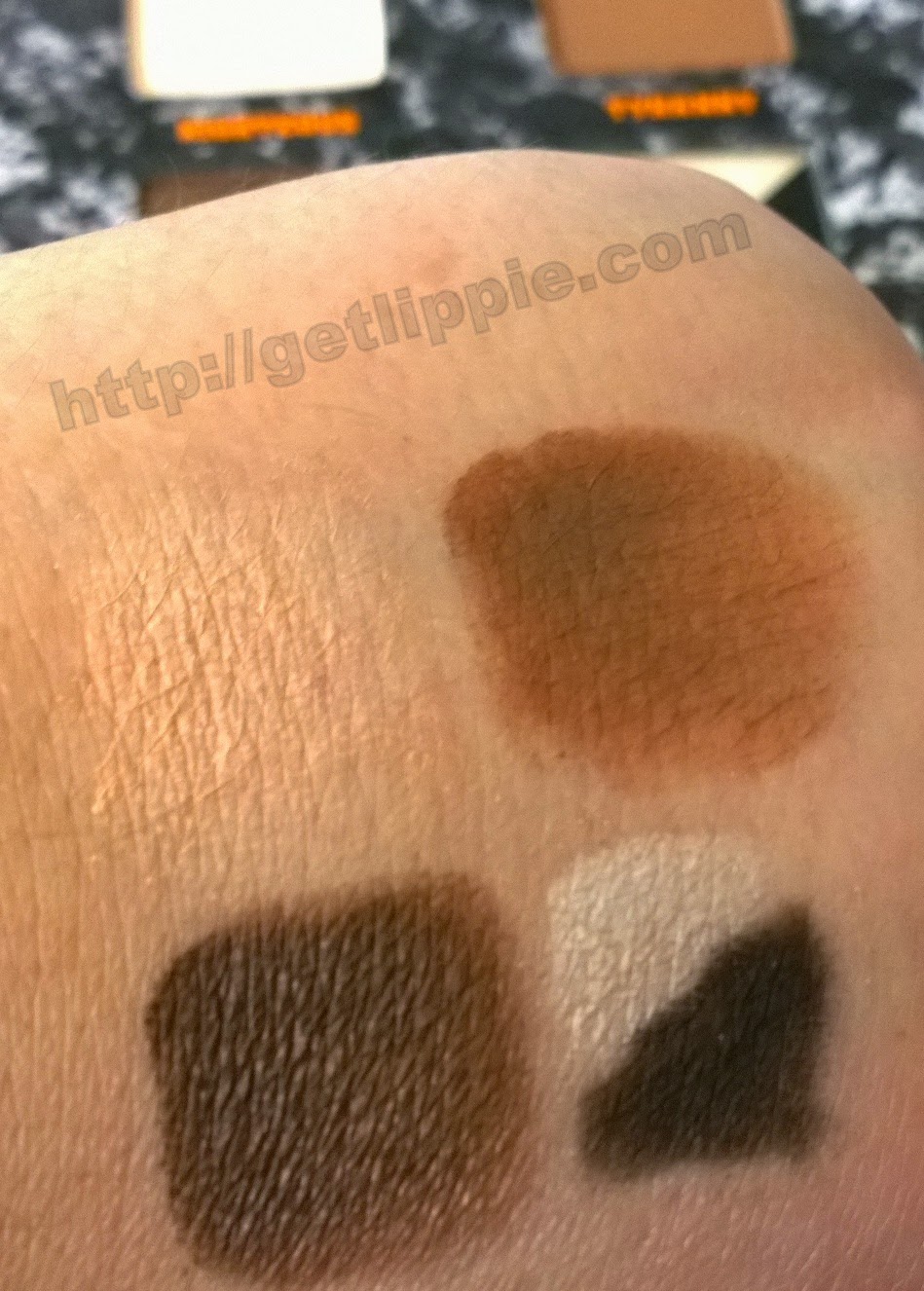 Colours are velvety and pigmented, and wear very well over a base. The dinky double-ended brush that you get in the palette is extremely good quality as these things go, and is a handy addition to the palette, unlike many of these things.

The one bit of the collection I’m disappointed with is the addition of the glittery liner, which I think would have been better replaced with one of Urban Decay’s excellent black liners (they currently have at least four, and any single one of them would have been more useful than silver glitter, but hey, as I’ve already discussed, I’m an old gimmer, right?), but Gunmetal it is. 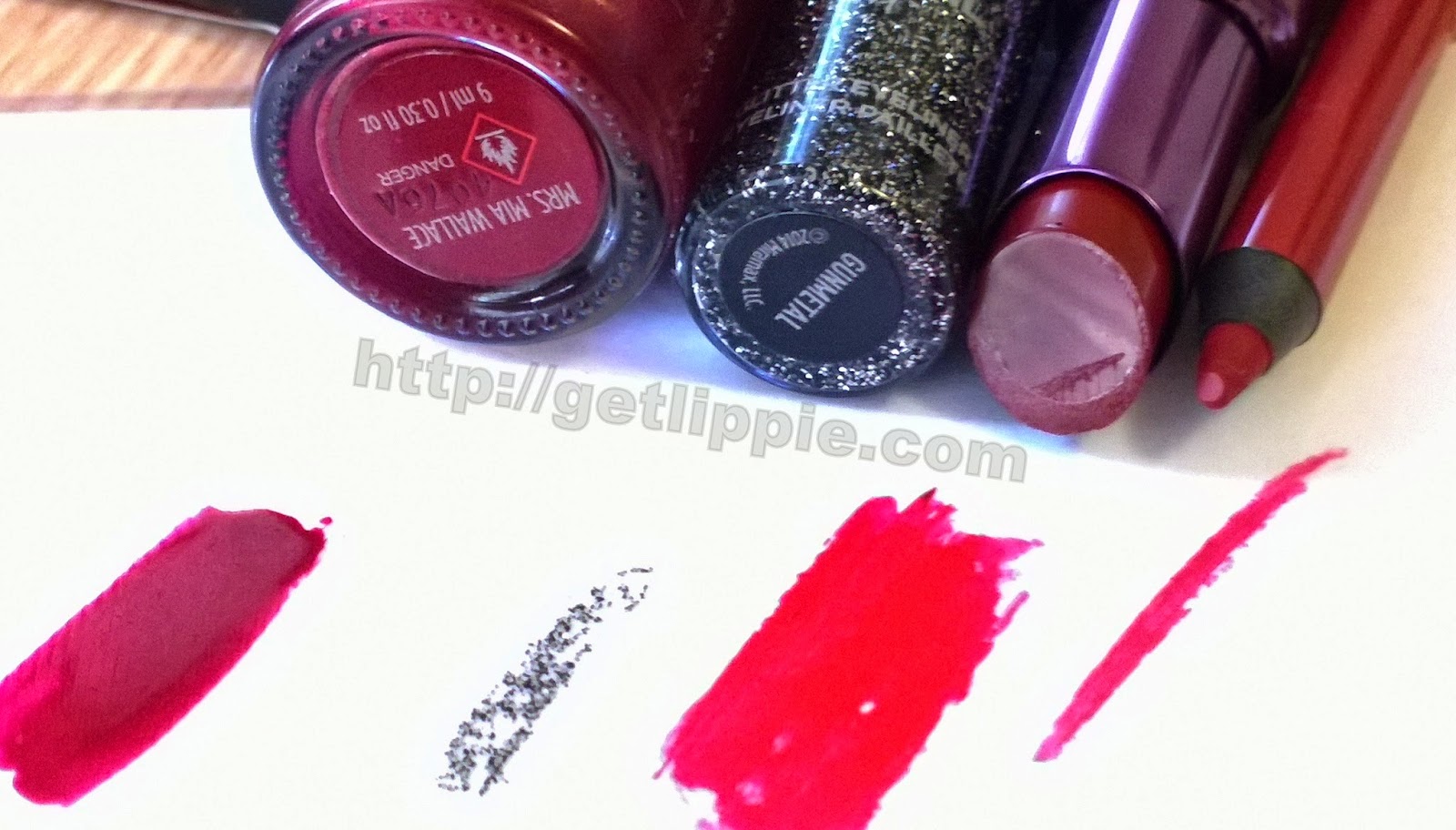 The lips and nails though, are marvellous.  Good and bloody, and very, very red.  I wore Chanel’s Rouge Noir for years (both lips and nails) after Pulp Fiction – it was the first time I’d realised that dark nail varnish was even “allowed”! I was a bit hacked off, actually, when Chanel re-released Rouge Noir lipstick a few years ago, only to have changed it to a cruddy, unflattering brown shade rather than the deep bloody red of my memory (actually, not just my memory, I still have a Rouge Noir lip palette in the house, eeep!).  Whilst these colours aren’t direct matches to the shades worn by Uma in the film, they are darn good, and beautiful. 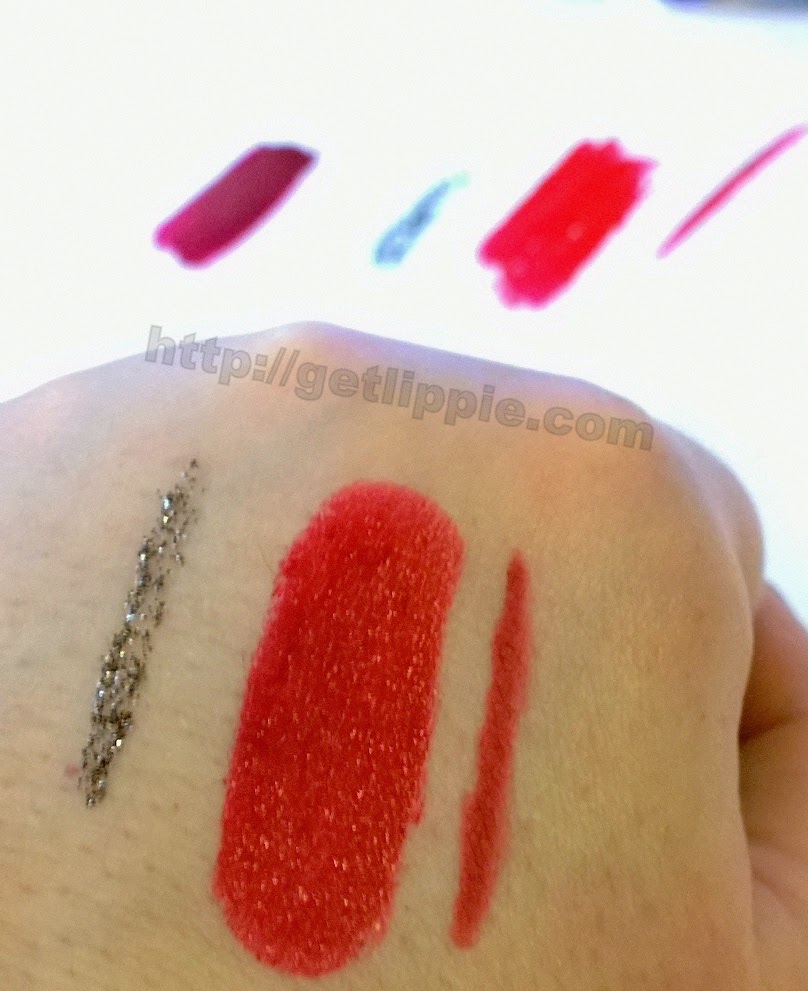 The formulation on Urban Decay’s lipsticks generally excellent, and Mrs Mia Wallace is no exception.  Creamy, moisturising and deeply pigmented, it’s a joy to wear. The lipliner is  just a bonus really, you don’t need it for coverage, but it’s a nice thing to have, all the same.

My joy from the collection is the nail varnish, however.  Yes, it’s no A England in formulation, but the colour!  Oh, the colour, it’s a perfect blood-red, with just a tiny hint of shimmer to stop it being too flat, but for me, this is the red I’ve been looking for.  It can be a tiny bit chip-tastic, but I find the sticky-sandwich technique works really well for combating that.

So, I immediately went out and ordered three bottles of the nail polish from the Urban Decay website.  But, they “lost” my order (well, it was never confirmed, and even after long discussions with the company they never could find my order) so I ordered my backups from Debenhams.  However, the Urban Decay bottles from the lost order turned up anyway!  So now I have SEVEN bottles of Mrs Mia Wallace polish.  Want one?  Leave me a comment (on this post) with your favourite quote from Pulp Fiction and I’ll pick two of them at random on Friday and send you each a bottle of polish … (UK readers only, sorry!)

The Fine Print: Samples were provided for this review by Urban Decay, however the bottles of polish being given away were purchased at my own expense – and the giveaway is not being run in association with the brand.

This post: Urban Decay Pulp Fiction Collection originated at: Get Lippie All rights reserved. If you are not reading this post at Get Lippie, then this content has been stolen by a scraper