Juliette Has A Gun – Gentlewoman 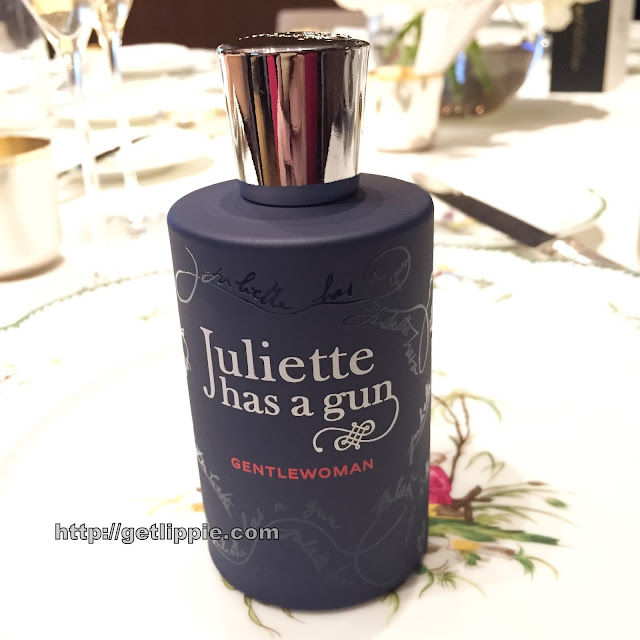 At a lunch last week with Romano Ricci, the creator of Juliette Has A Gun, I was surprised that he thinks Gentlewoman is all about almonds, because to me, Gentlewoman is green, all the way down, and when it is not green, it is citrus.

Conceived as a masculine-style fragrance for women (and as a woman who used to wear aftershave, because I couldn’t stand the sugary-sweet confections the high-street called perfumes for years, I totally get where that impulse has come from), JHaG Gentlewoman is a real treat if you like cologne-style fragrances with lasting power, and without that particular “sporty man smell” that some cheaper aftershaves specialise in. 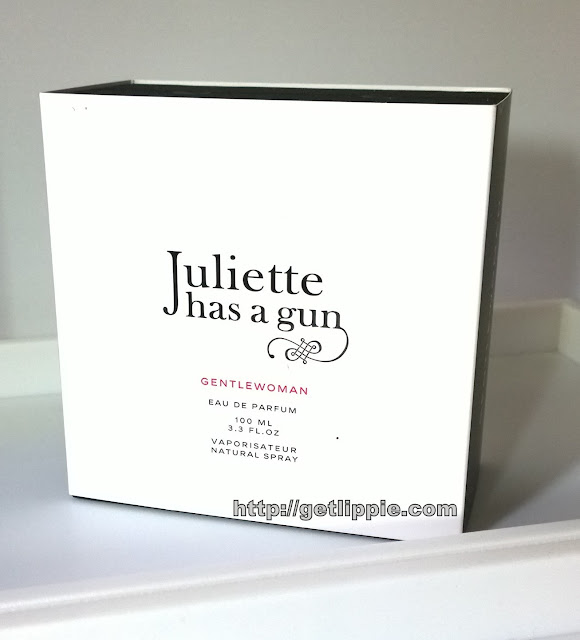 Opening with bittersweet neroli and bergamot with wafts of deeply green petitgrain, Gentlewoman is sharp and exhilarating at first sniff, threatening to become totally heady and off-balance, but this is soon offset by an almost soapy orange blossom scent (soapiness in a perfume being something I happen to adore, but your mileage might vary), and there is just a hint of a marzipan accord which adds a little sweetness to take the edge off the headiness. It’s not overly nutty, or sweet, but it just takes the scent in a slightly different direction to how you would expect after the almost straight-forward cologne-style opening, adding a little creamy depth to the ode to orange in all its forms in the upper notes of the fragrance.  In the dry-down there are musks and woods, but the marzipan and orange-blossom stay all the way to the end, and it lasts incredibly well on the skin.

It’s rather discreet, staying close to the skin, and yet it is subtly sexy, reminding me of hot, soapy skin after a long and steamy shower (rugby player optional).  It reminds me, in the best possible way, of Jean Paul Gaultier’s classic Fleur Du Male, which attempted to play with gender roles in a similar way albeit from the opposite end, creating a feminine fragrance that men wouldn’t be afraid to wear (only they were terrified, and JPG FdM was discontinued a couple of years ago), but whereas Fleur du Male’s take on orange blossom was very much of the soapy barber-shop shaving-cream variety, Gentlewoman does have a slightly lighter and fresher, in spite of the unusual nutty creaminess, take on the note. 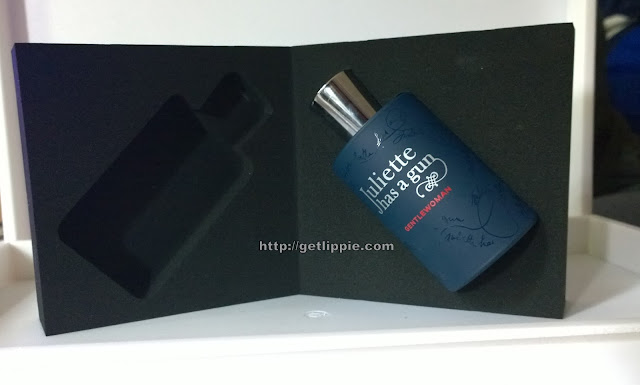 Romano mentioned that the marzipan note was inspired by the French version of PVA glue, scented as it is with almonds, and, for him, this accord is the one that he smells most of all.  Having worn it a few times now (for, since this turned up, this has been the only fragrance I’ve wanted to wear, despite only having had it a week), the marzipan note definitely gets more apparent the longer you wear it.  I’m genuinely slightly in love with Gentlewoman, and I never expected that. Is it original?  Not particularly.  But it is bloody, bloody lovely.   I lack the vocabulary to tell you how much I HATE the damn box though.  It’s cheap and nasty foam, and it takes up three times the space it needs to, for no reason whatsoever. So, there’s that.

Gentlewoman, for when you want to smell like a hot sexy man, but can’t be bothered nicking his aftershave.  Currently a Selfridges exclusive, for £75.

This post: Juliette Has A Gun – Gentlewoman  originated at: Get Lippie All rights reserved. If you are not reading this post at Get Lippie, then this content has been stolen by a scraper

TagsJuliette Has A Gun Perfume