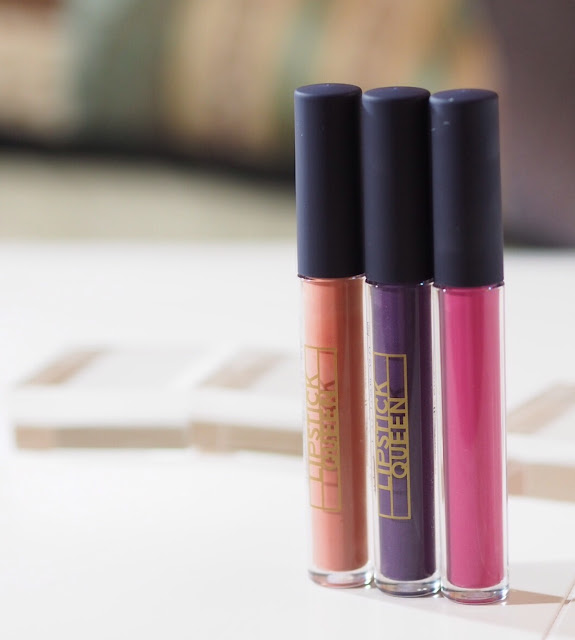 Such plans I had for the blog in June/early July, but life got in the way, and a holiday plus starting a new job, plus a bunch of weekend plans that had been in place made blogging a logistical impossibility … anyway, I’m back now, and I’m armed with a new camera!

Anyhoo, back before all hell broke loose I attended the marvellous launch of the latest Lipstick queen collection. Based on the concept of the Seven Deadly Sins, the range comprises seven full-pigment lipglosses with colours to match each “sin”: 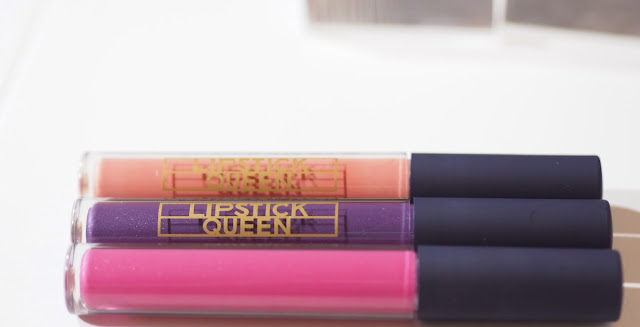 I’ve managed to get my hands on Avarice, Envy and Decadence to show you. 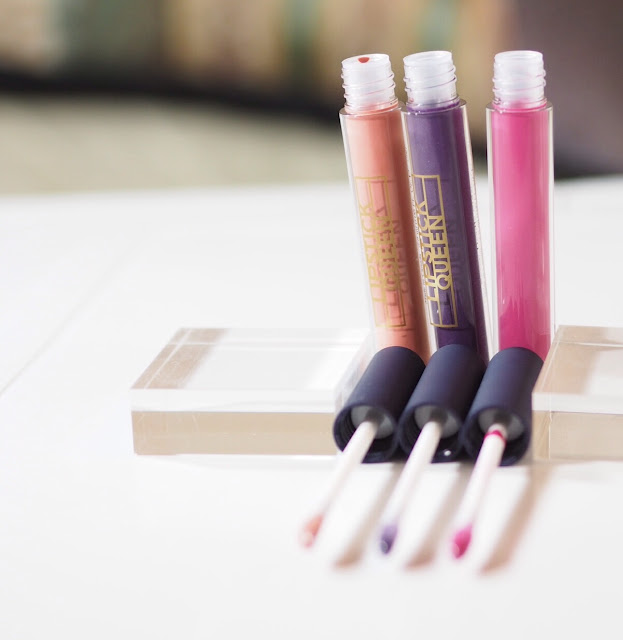 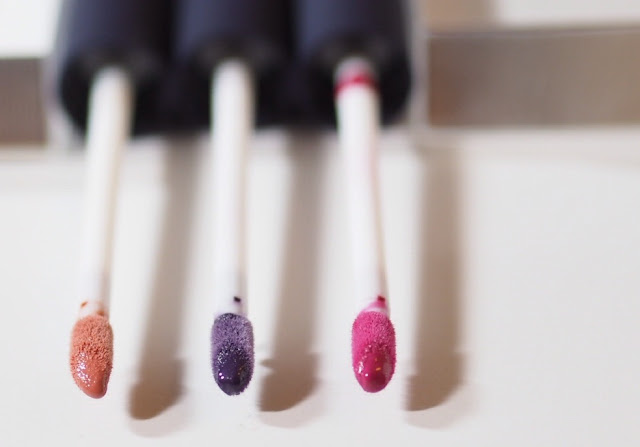 From left to right Avarice is a peachy-caramel tone, Envy is an unusual almost greyed-purple, and Decadence is a cool white-based fuchsia. 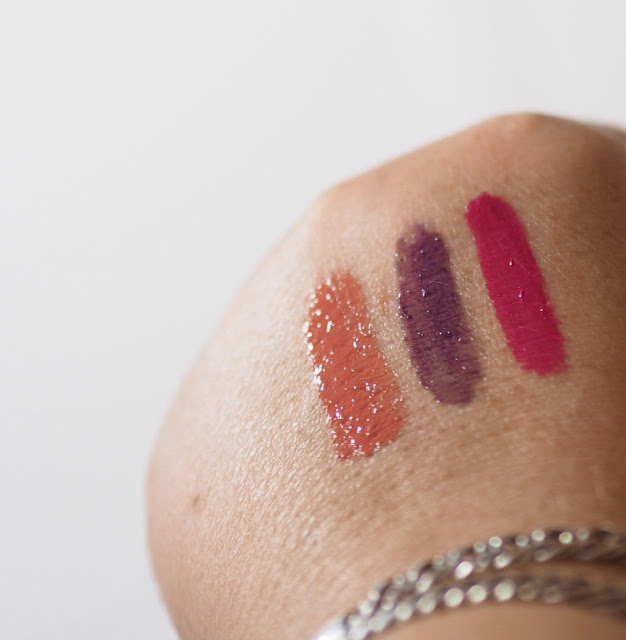 Coverage on swatching for both Avarice and Decadence was definitely full-pigment, leading to an unexpectedly opaque coverage.  Envy, however, despite being darker is slightly more sheer on the skin.  Coverage on lips is similar:

Avarice and Decadence cover lips fully, but because Envy is both sheer and so dark, it leads to patchiness on application, unless you want to apply several coats.  Of these three shades, Decadence would be my pick – Envy is just too patchy (and makes me look cyanotic, to boot!), and Avarice is just that little bit too brown for my skintone, which would make wearing it a challenge for me.

Wear, however, is lovely.  The glosses are non-sticky and unfragranced, and leave the lips feeling soft and hydrated, I have had no issues with dry lips, or even getting my hair stuck on these glosses!  Wear time is actually better than you’d expect from a normal gloss, owing to the high amount of pigment in the formula, and I actually (unexpectedly) found that they faded very evenly even through eating and drinking – Decadence in particular wears down to a lovely soft stain on the lips, which I liked very much.  I didn’t wear Envy long enough to discover how that wears, however, sorry!

I wish I’d had some of the redder shades to look at, hopefully the formula of those is nearer to Decadence than Envy … I’ll keep you posted.

The Seven Deadly Sins collection will be available in SpaceNK from September, and will cost approximately £22 each.

This post: Lipstick Queen Seven Deadly Sins Collection originated at: Get Lippie All rights reserved. If you are not reading this post at Get Lippie, then this content has been stolen by a scraper