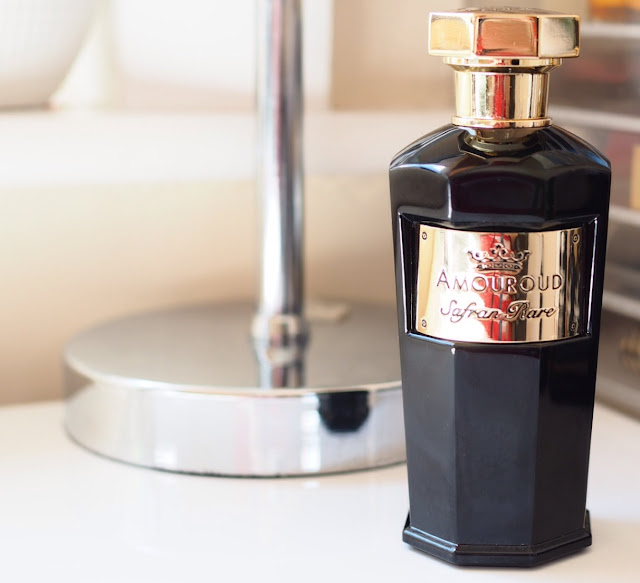 Oud.  It’s a funny old ingredient, essentially it’s the smell of infected tree sap, and yet it’s one of the most prized (not to mention that it’s currently hugely trendy) and expensive fragrance ingredients around.  When I heard that a new range of entirely oud-based fragrances was launching, I’ll be honest, my heart sank a bit “another oud range?” I thought, how … utterly predictable.  But I’ll be honest, I was completely wrong, the Amouroud launch is definitely something to love, and, even though it’s rather embarrassing, I shall tell you why.

First, a little about the  brand.  Amouroud is the brainchild of the people behind Perfumers Workshop, whose previous masterpieces include the 80’s hit “Tea Rose“, which was, allegedly, the favourite fragrance of Princess Diana.  Not that well-known in the UK, Amouroud represents a concerted effort to bring Oud-centric fragrances out of their rather niche … um … niche,  and showcase the ingredient as a supporting player in a range of wonderfully crafted, beautifully longlasting fragrances that can be worn even if the idea of wearing rotting tree product leaves you a little cold.

To wit, there are six fragrances currently available from Amourod, all of which feature oud as a key player – if not always the star – of the scents.  They’re all very different, and very lovely, but my heart decidedly belongs to Safran Rare, which I’ll get to momentarily, but first, some sketches of the other fragrances in the range:

Miel Sauvage: a blend of honey, bergamot, jasmine, incense and sandalwood (and oud), Miel Sauvage begins bright and frisky from the sprightly bergamot,  then mellows slightly into a less animalic honey than expected, and slowly warms into a gorgeously narcotic blend of jasmine and sandalwood.  It’s more floral and ladylike than expected from the name Savage (or Wild) Honey, and is unexpectedly easy to wear for an oud.

Santal des Indes: I couldn’t smell this one very well at the launch, but it’s absolutely beautiful to me now.  Woody and complex, it appears to open with an almost aniseedic whoosh, at once both slightly medicinal and slightly intoxicating, before settling into a woodsiness that smells at once green and brown, and just alive with leaves and grounded by earth covered in cedar wood chips.  Smelling it again now, for the first time since the launch, I could happily smell this one forever.  I can easily picture MrLippie wearing this, and me never letting him out of the house in it. It’s astonishingly clean for an oud fragrance, and it’s an amazing composition.  I’d buy a full bottle of this in a heartbeat.

Midnight Rose: Supposedly opening with lychee and pomelo, this is a rose both jammy and dark.  I don’t get the fruit at the beginning, and fall straight into what initially appears to be a slightly sour rose.  When this dries down, the sour-bite of the fruit wears off, the rose blooms into a jammy loveliness, surrounded by amber and resin.  it’s a big, and gloriously 80’sesque (in a good way!) wear.

Dark Orchid: As the name pre-supposes, this is another bold floral.  This time opening with a sweet citrus accord, Dark Orchid soon turns into something darker and deeper, and more intriguing. Beyond the citrus there is jasmine and gardenia alongside ylang ylang, which creates a creamy note which works well with the smoky patchouli and vanilla in the base.  It’s a powerhouse fragrance, which has parallels to a certain other “dark” orchid fragrance which I shan’t name, but it’s a perfect one for night-time wear.

Oud du Jour: Sadly, my sample of Oud du Jour has gone missing, and at the launch there was something in the formula that triggered my parosmia, so Oud du Jour is the “lost” fragrance in this collection to my nose.  The notes make it sound interesting though, and I look forward to trying it again one day, as my parosmic recovery continues. 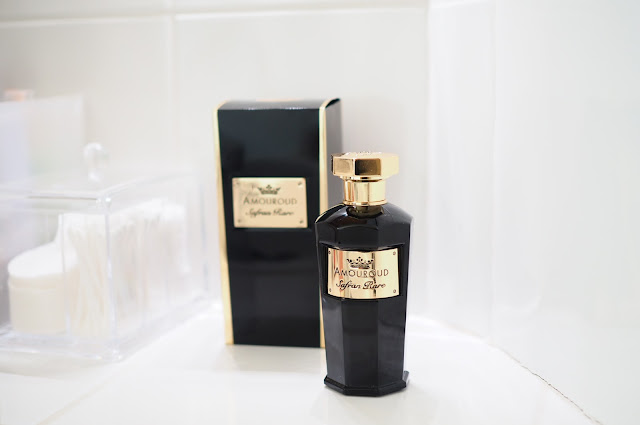 And finally, as promised, Safran Rare:  as many of my regular readers know, I lost my sense of smell a few years ago, and my recovery from that anosmia has been both a long and an extremely difficult one at times.  Even now, more than two years later there are things that I can’t smell, and still things that trigger my parosmia, but on a day to day basis, I’m almost entirely recovered, if maybe a little underpowered in the smelling department compared to life in the great “before”.  But, that  day I lost my sense of smell, I also lost another “sense” that I’d come to rely on, one that assisted me greatly in writing about fragrance, and that was my synaesthesia.  On smelling things for the first time, back in the day, my mind would draw a picture of the fragrance for me, and that would usually be the first impression of the fragrance that I would draw any subsequent reviews from.  I’d get impressions of colours, of fabrics, of coloured fabrics, or of unexpected scent memories (“It smells like a hug from the seventies” is one of my favourites), but since the anosmia: nothing.  Even with the parosmia and the cacosmia: nothing.  My life has truly been less colourful since anosmia, in an almost literal kind of a way.

Until Safran Rare. At the launch, Safran Rare came to me in a blinding flash of yellow chamois leather, so vivid I could almost reach out and stroke it with my fingertips.  It was so an unexpected sensation that I began to cry, because I hadn’t realised just how much had been missing from my life, was still missing from my life in spite of my recovery, and I realised just how much further I still had to go.  An odd mixture of happy (“It’s back!), and sad (“I’ve missed it so much”) tears, but genuine tears nonetheless.  I am, as many people are aware, a massive wanker, and crying in the Soho Hotel because a fragrance “smells yellow” just confirms it, really.  Luckily, the gentlemen behind Amouroud were very understanding, and I’m incredibly grateful for both their discretion, and their creation, because Safran Rare is a great perfume, as well as being a yellow one.

It’s funny that Safran Rare doesn’t list leather in its ingredients list (which includes cedar, jasmine, olbanum, saffron, vetiver and benzoin), because Safran Rare is very definitely a sexy leather fragrance.  If not quite Raquel Welch’s chamois leather bikini in One Million Years BC, that’s definitely the ballpark we’re playing in.  Ballsy and not very sweet, Safran Rare is beautiful, even though it’s probably not Amouroud‘s easiest wear.  Sexy on a man, it’s incredibly memorable on a woman.

So there you have it.  Amouroud have pulled off an incredibly neat trick, an oud for everyone whether you like big, in your face oud, or prefer cleaner, fresher, lighter fragrances, and its something to be applauded.  Something else to be applauded is their generosity, at counter (currently exclusive to Harrods), when you purchase, you’ll be asked which is your second favourite fragrance, and alongside the fragrance you buy, you’ll be given a generous size sample atomiser (one big enough for several weeks of daily wear) of your second choice to go alongside your full-size bottle.

And did I mention the price?  £145 for 100ml.  When standard mass-produced fragrances these days come in at around £70 for 50mls, that’s practically giving it away.  Amouroud is currently exclusive to Harrods.

This post: Amouroud Safran Rare Review originated at: Get Lippie All rights reserved. If you are not reading this post at Get Lippie, then this content has been stolen by a scraper