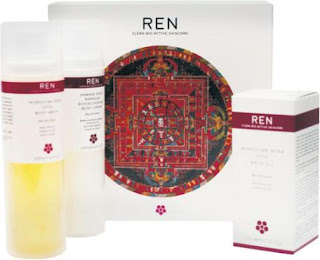 It’s been a funny old week. I got a job offer out of the blue, which caused much soul-searching as I’ve only just started a new job. This new job offer comes with a shorter commute, more money, and it’s back in the industry I love … A hard decision had to be made – do I leave my cushy new job, and go back to the private sector, or do I stay and spend the next six months wondering if I’ve made the wrong decision? – and I needed some help making it. After consulting everyone I could get hold of by phone, then asking my adorable Twitter followers what I should do, AND after talking to my boss, I was still at a bit of a loss.

Now, I love baths at the best of times, but, when I’m a bit flummoxed, or just need to escape from the cares of reality for a couple of hours the bath is usually where you’ll find me. I do a lot of my best thinking in there, it’s a peaceful and comforting place for me. I actually find showers stress me out a little bit, funny but true.

Now, I wanted a nice bath, I needed a nice bath. Then I remembered that last week, I got a parcel of REN goodies from Puresha, so I decided to crack open the Rose Otto bath oil. I confess, I’ve had a bottle of this before, but it’s good stuff. Beyond good stuff, actually. It makes your entire house smell like a rose garden just after a shower of rain, and the smell lingers for hours. It leaves your skin lightly moisturised, and, because the oil disperses entirely into the water, it doesn’t leave a greasy ring around the bath, nor will you have an oil-slick on the surface of the water whilst you’re in there. I hate that so much when it happens.

A couple of hours later, I had a decision made, and was feeling heaps better. REN don’t make any claims for aromatherapy effects from this product, but it certainly helped me relax, and all in all, was probably better for me than the several glasses of wine that I would have ordinarily used to chill out …

I took the job.