RIP GHD? or How I Found Cloud Nine Straighteners…

*Warning, this post contains images that some people may find hilarious disturbing. 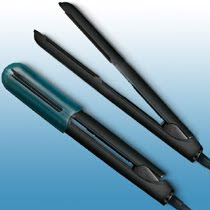 You do have to be careful what you say in public these days.  A couple of weeks ago, I mentioned on Twitter that you’d have to prise my GHD’s from my cold, dead hands before I could be parted from them, and the next thing you know, Cloud Nine are offering to help me change my mind!  From the people who invented the original GHD Straightener, Cloud Nine claim that their irons can get a beautiful natural finish on your style at lower temperatures than other straighteners, so avoiding heat damage on your hair.

Now, I don’t just have hair.  I have BIG hair.  I have a LOT of hair.  I have hair that is not only wavy, but wavy, fuzzy and wonky, in that one side is curlier than the other.  My hair hasn’t been seen in it’s natural state in many years, and all due to the invention of GHDs.  A lot of my friends don’t even know I have curly hair! I’ve tried many brands of straightener over the years, and the GHDs are the only ones that have been able to cope with the beast my hair so far.  It was with this knowledge in mind that I accepted Cloud Nine’s offer, knowing full well what the result was going to be.

Boy, was I wrong.

A couple of days ago, a (beautifully packaged) pair of straighteners arrived at Lippie HQ, and, not being into delayed gratification, the first thing I did when I got home from work was to start beating my hair into submission styling my hair with them.  They don’t, in all honesty, look that different to GHD’s, but they are lighter, and I love the nifty (heatproof) cover that slips over the plates when you’re done with them to keep them closed, and stop them burning your surfaces.

Here was the challenge: 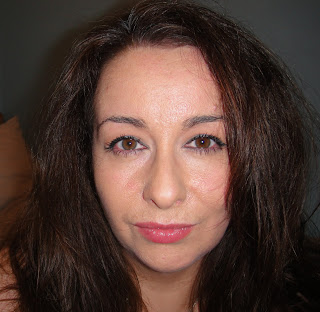 This is my hair in it’s natural state, after a backbreaking attempt to blowdry it straight – and after using straightening shampoo, conditioner, serum and balm. Bouff!

First impressions were good, the plates really do glide over the hair in a silky fashion, so much smoother than the GHDs I was amazed. Plus, the tips don’t get as hot as my GHD’s do, both these things making them a lot easier to use.  The lighteness of them is also a bonus in this regard, as I have a lot of hair, so straightening with my GHD’s usually takes around 20 minutes minimum, and tend to get sore arms from it all.

After following the enclosed instructions for smoothing out a blowdry, I set to work, and this was the final result: 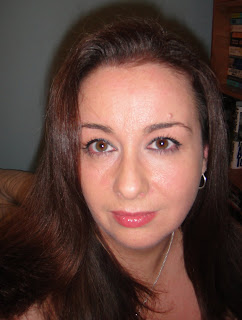 Still a fair bit of volume there, which is exactly what I wanted! I used the straighteners on 150 degrees – a lower temperature than I’ve ever used before – and  was delighted with the results.  I was even more delighted with the results when I checked my watch.  From start to finish, the whole thing had taken twelve minutes!  Nearly half the time of my GHDs! I was, I have to say, flabbergasted.  Very little gasts my flabber these days, but these babies managed it.

Cloud Nine say that their straighteners contain a “secret ingredient” to make your hair supershiny when you use them, I have no idea what it is – they’ve refused to tell me! – but lookit this shine: 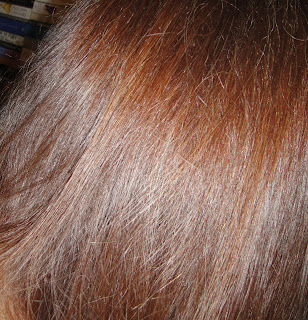 Just glorious. I found them a delight to use, they turned a hair chore I hate into something approching pleasurable, and I loved the results. I’m going to try making waves with them later on in the week, and I’ll show you the results then.  Go track down a pair, you’ll love them too.  In the meantime, do you know anyone who wants a pair of GHDs?  Cheap?

7 thoughts on “RIP GHD? or How I Found Cloud Nine Straighteners…”