It’s not often these days that I get excited by an entire collection, and if you’d told me a few months ago that the one collection I would be super-interested in this year would be, well, beige, I’d probably just have looked at you like you had two heads or something.

But recently, I’ve been going through something of a taupe phase, I dug out my beloved – and sadly discontinued – Clavin Klein makeup collections, which are full of beautiful dusty colours, and have been using those a lot for these “non-colour” makeups I’ve been craving.

So Chanel’s latest collection has really called to me this week, I don’t know why, but it has.  I showed you Particuliere the other day, but I caved in and bought these beauties too.  The lighting isn’t great in these pics, so I’ll redo them soon, and bring you a FotD for those of you I’m not seeing in the flesh this weekend! 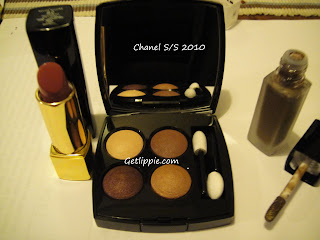 From left to right there, we have: Rouge Allure 82 “Incognito”, Quadra Eyeshadow 18 “Kaska Beige” and Fluid Iridescent Eyeshadow 100 “Torrent”

To be honest, I’d only gone to pick up the quad, but I had to get the lipstick and the liquid eyeshadow too after swatching in-store. 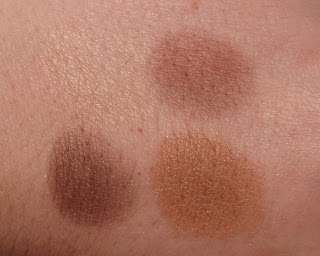 They’re a little sheer here – but that’s because I used the sponges in the quad – I’ve also swatched them with fingers over primer and they’re much more intense that way.  Lovely, lovely neutrals. 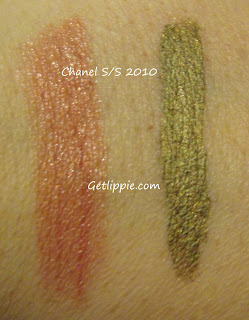 I love the lipstick, it’s a lovely cool neutral rose, which is a good, “my lips but better” shade.  And I fell totally in love with the liquid eyeshadow, which has a hint of holographic sparkle, which the camera hasn’t picked up there.  I simply couldn’t leave it behind ….

Will you being picking up any Chanel this season?

PS – have you entered my giveaway yet?  If not, why not?  I’ll be at IMATS this weekend, and picking up some goodies for you!