Remember this post? I had a little rant about the Utter Drivel that was written on the boxes, then said I’d be trying the creams out for six weeks, so I could see if they would turn me into Ava Gardner overnight.  Well, 28 nights, but you catch my drift … 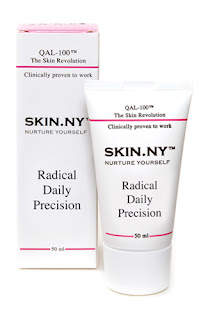 Well, I signed up to try them for six weeks, but I am here to announce that I failed. I’m sorry.  I tried, I really did, but I only lasted two weeks.

The box warns that you might feel a mild tingling sensation when you use it, I never had that, but what I did get as a result of using the cream was worse.  Much worse.  After about ten days, (in which I really did think my skin was softer as a result of using it, even though there were no visible differences), I found my skin was actually getting worse. Greasy, patchy, red, coarse – seriously, my chin and forehead were resembling sandpaper – and my pores (which according to the bumpf should have been refining themselves) were gaping.  And gopping, but never mind. I’ve also noticed milia under the skin around my eyes, which I’ve never had before, and it’s been quite distressing.

It’s possible that I was having some sort of reaction to the cream, so I stopped using it, as there was a risk that I could permanently damage my skin if I kept it in my routine, and no skin care trial is worth that. So, I’m sorry, lovely readers, I stopped using a cream before my self-imposed time-scale was up. I’m very disappointed with myself!  I’ve gone back to some tried and tested products (including Mir, Pai and Nude) and I’ve been treating myself with some Clarins as prescribed by the amazing Caroline over at Beautymouth (do you read her yet?  If not, you really, really should, there’s nothing she doesn’t know about skin, and she’s sharing her knowledge with you, so go read her!) and that seems to be helping with the greasiness and the pores, and Avene water spray (as recommended by BritishBeautyBlogger) is helping with the redness. It’s the first time in a long time that my skin has reacted in such a way to a cream, but I’ve been reminded that my skin is pretty sensitive, I guess. It’s calmer now, but it’s going to be a while before I introduce any new products.

So, er … yeah. It didn’t work for me, but that doesn’t mean it won’t work for you.  I think, in all honesty, that it was just a bit too rich for my skin – which in a way is good news!  I don’t need radical cosmetic intervention! – Will you try? And what symptoms would make you stop using a product?