I’m kind of hoping that my guest poster today doesn’t really need any introduction … but, if you’re not familiar, here’s @MrLippie talking about how his life has changed since his beloved became a beauty blogger …

At times, I find myself wondering how exactly I’ve ended up in this position – no, not the position of writing a blog post in a bit of a dozy frame of mind on a Sunday afternoon – but rather the position of having my grooming regime changed to such a considerable extent.

Now, I’ve always been very much a ‘get up and go’ person when it comes to my morning routine, with the philosophy being that the body needs a bit of a short, sharp, shock prior to facing the evils of the outside world. I try not to hang around, even to the extent that I don’t generally have breakfast on a workday. So, speed is generally of the essence.

Also, prior to going out with the lovely Get Lippie, I have to admit being not interested at all in the wide range of “stuff” out there. I found a combination that worked, that smelled relatively ok, and that leant itself well to my preference for speed & simplicity. Experimentation was not on the agenda whatsoever.

So, down to the details….Head & Shoulders was the basic shampoo, with a Lynx shower gel (usually Africa) used in combination with that. Well-known brands, with the Lynx being perhaps a touch too aromatic for me these days, but, at the time, it was simple, not bad to the nose, and relatively cheap. I cringed at the advertising (still do, to a certain extent), but it got the job done. A brief spray with a deodorant (again with the Lynx) and then it was on to combating of stubble.

Again, wasn’t hugely sophisticated in my choice of brands – I went into Boots, and picked whatever took my fancy – in this case it was generally King of Shaves Shaving Oil, combined with a Gillette razor of some sort – I can’t recall the make offhand, but there were only the 3 blades, and it wasn’t electric in any way…

And that was it. No shaving foam, aftershave, moisturiser….about as basic as could be. A touch of Brylcreem gel to the hair and I was good to go!

Fast forward a few years, to Lippie Towers and a teeny tiny flat with all the mod cons and the shower/bath that looks capable of providing its’ own life support system. 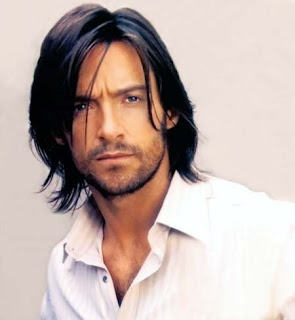 I use Soap & Glory on my hair, a L’Occitane En Provence Shower Gel (although I sometimes switch to Fish for both of these), and another L’Occitane product as deodorant. Much nicer, a bit more variety, and less…predicatable, I guess.

Then, it’s onto the shaving….now here’s where my habits HAVE changed, there’s no denying it. A while ago I was lucky enough to get hold of a proper shaving brush – and I love it. Shaving foam of choice at the moment is Bluebeards’ Revenge, which is marvellously cooling, and whilst I still use a Gillette razor, it’s a Gillette Fusion, with a Remington Electric Shaver as backup for those days when I’m running extremely late!

I moisturise – using either Bulldog or Rehab London – and I have a wide variety of aftershaves to choose from (partly due to the ongoing perfume project!). Generally I’ll use L’Instant de Guerlain or possibly Armani Diamonds….or Code, depending on mood. The hair gets sorted with a touch of Fish wax, and out I venture into the depths of London.

I still don’t see myself as completely ‘metrosexual’ – I have a phobia of man bags, my hair gets cut for less than a tenner in a barber shop, and there is NO way in HELL I’m going to try guyliner – no matter what you all say – plus I’m far too attached to my rugby shirts & t-shirts to start worrying about being some sort of fashionista. Nonetheless, I have changed – and likely will continue to do so, as I’m exposed to more brands & products that genuinely hit the spot or attract my attention.

That’s me….how have your other halves changed whilst you’ve been blogging?

Get Lippie says:  Actually, I think I should show you a picture of what he really looks like now: 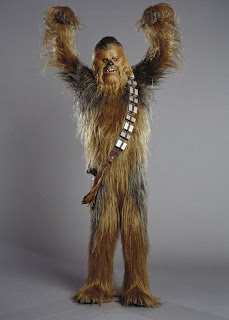