I was shocked – shocked – when I realised that Bobbi Brown was celebrating the 20th Anniversary of her iconic lipstick line, not least because I realised when I bought this that I actually owned at least three of the original shades, and I hadn’t realised I’d been buying designer cosmetics for that long … 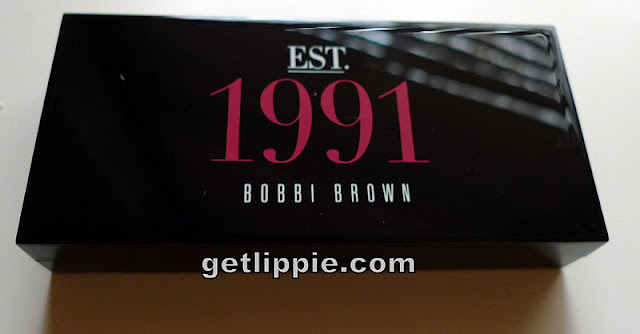 I digress, the original line of lipsticks from Bobbi caused a bit of a stir when they first debuted in the early 90s, as I recall, they were different because there were just ten of them, and they weren’t at all dramatic, merely good lipshades.  This palette includes samples of those original ten shades, alongside ten shades which date from this year.  Let’s take a look: 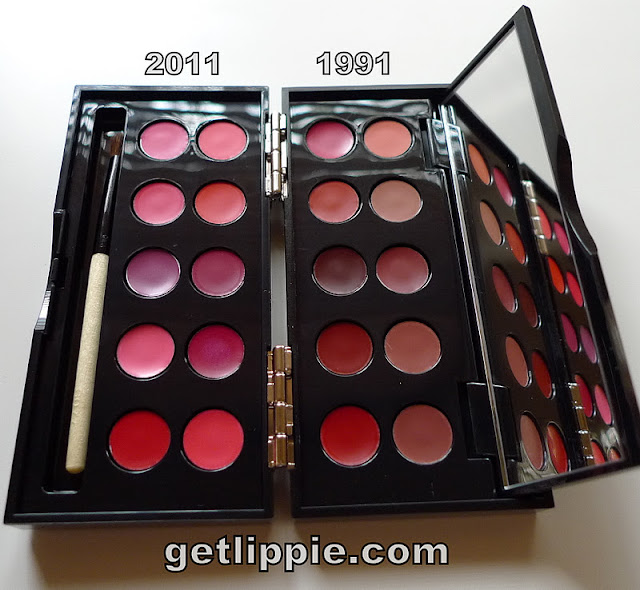 Now, even without the headings, it’d be fairly easy to see which side was which, don’t you think?  All those (slightly rusty) neutrals compared to the brighter (bluer) shades on the left!  It gets easier to see which side is which when you add in the names of the shades too: 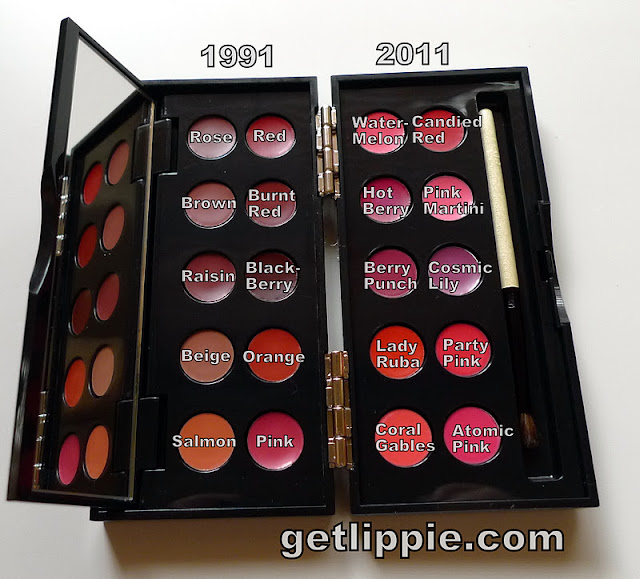 The 1991 shades all have simple colour names red, beige, orange etc, and the 2011 are all Atomic this, Party that, Cosmic the other, [sigh].  Now, I have to say that I’ve grown less interested in Bobbi Brown as a brand as she’s moved away from her initial launch of wearable neutrals to suit everyone and started throwing glitter into absolutely anything and everything, but I think I’ll actually get more wear out of the 2011 range of shades.

What say you?  Any shades you want to see swatches of? And can you guess which three shades I owned when I was a student?

The Fine Print: Purchase.  A nostalgia trip I couldn’t resist.