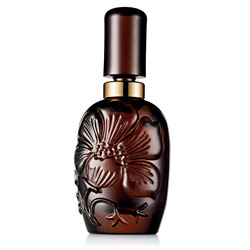 It has to be said that I can’t resist Aromatics Elixir in any format (though my requests for a bottle of bath oil in this post from January fell onto cruelly deaf ears at Lauder HQ), but, when I heard that Aromatics was to be updated and “refreshed”, as part of the 40th anniversary celebrations of the launch of Aromatics back in in 1971, I don’t mind admitting that I panicked slightly.  Even after a year of immersing myself  – almost literally – into fragrance, I still think of Aromatics Elixir as “my” fragrance.  Still, I steeled myself into trying it anyway, and …

Well, it’s beautiful.  Still smoky, resinous and as incense-packed as I remember, it is also somehow softer, rounder, gentler and less spiky IN YOUR FACE than the original. An astonishing trick to pull off for what is – or could be – regarded as a flanker.  So many flankers (which are perfumes brought out by a perfume house to cash in on the popularity of an already best-selling fragrance) resemble the original only in name, but I’m happy to say Perfumers Reserve is very definitely easy to recognise as being based on the original. This version however, manages to push the flowers more front and centre, and its easier to recognise the roses in the formulation as a result. It wears a lot closer to the skin. Lacking the almost nuclear sillage of the original, this is much easier to wear, and could be considered more office-friendly.

Not that office-friendliness has ever bothered me much, I’ve spent the last couple of weeks wearing some complete and utter patchouli bombs (both of which I’ll review soon), with little or no thought to my co-workers.  I like perfume, I’m afraid, and I like to be able to smell my perfume, but if you’re scared of wearing “big” fragrances, Perfumers Reserve might be a good way to try something huge, in a way that won’t frighten the people around you.

A word about the bottle, I love that it’s a “dabber” rather than a spray, so make sure you don’t open the bottle the wrong way up, you will end up with damp (but gorgeously fragranced) knees.  The amber bottle with the engraving is rather lovely too.

Oh, and if Santa is reading, I’d like the solid, please, it’s in a beautiful compact that can be used as a necklace: 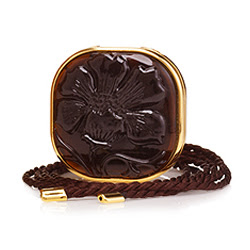 If the new formulation still doesn’t sound like your cup of tea (or incense for that matter), then the original has been reissued with a new bottle to celebrate its birthday: 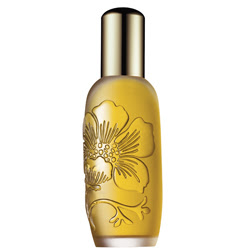 The Fine Print: I was sent the anniversary bottle of Aromatics Elixir, but I bought the Perfumers Reserve myself.