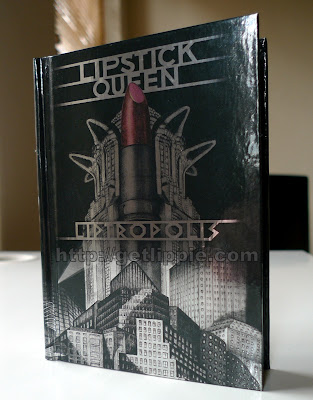 Anything new from Poppy King and Lipstick Queen always deserves a good looking at, and this latest release from Poppy is definitely worth a second look.  Visualised as the first in a series of “books” of lipsticks, Liptropolis is heavily influenced by New York, and the film “Metropolis”, it’s rather gorgeously designed, and is a real thing of beauty in a cluttered makeup collection: 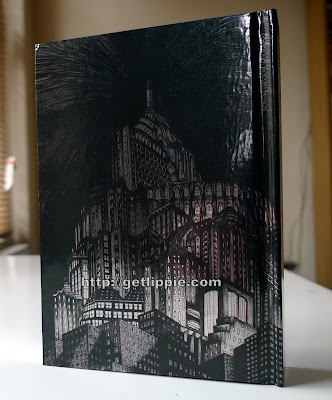 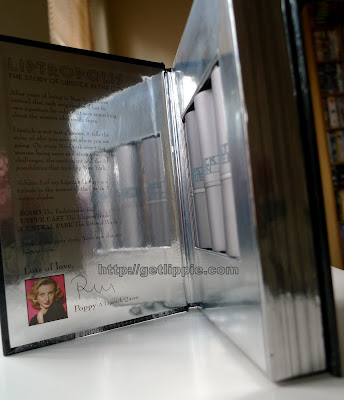 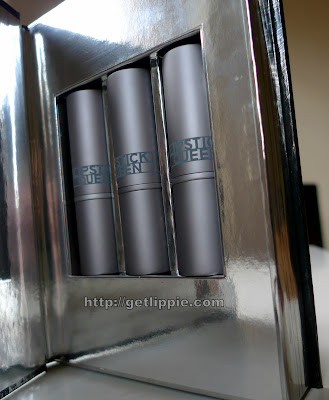 Poppy says the colours were inspired by the various neighbourhoods around New York, and has a theory that you can tell where in the city you are by the predominant lipcolours that you see around – now I can’t comment on that (though it’s a theory from the woman who thought we were crying out to match our lips to our jeans, if that helps), and, as a result, the shades are named after the various neighbourhoods that inspired this theory: 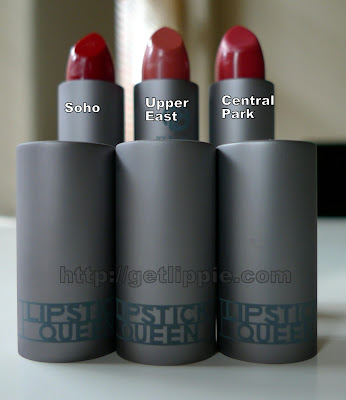 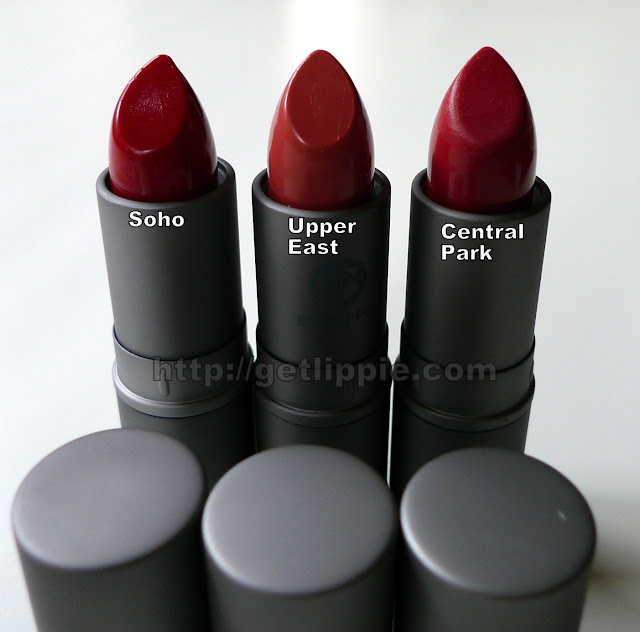 On reading the descriptions, I was expecting Upper East and Central Park to be a lot less saturated than they are, personally, I’d describe the shades slightly differently, I’d contend that Upper East is actually a peach, and Central Park is more of a coral.  I think it becomes more apparent why in the swatches: 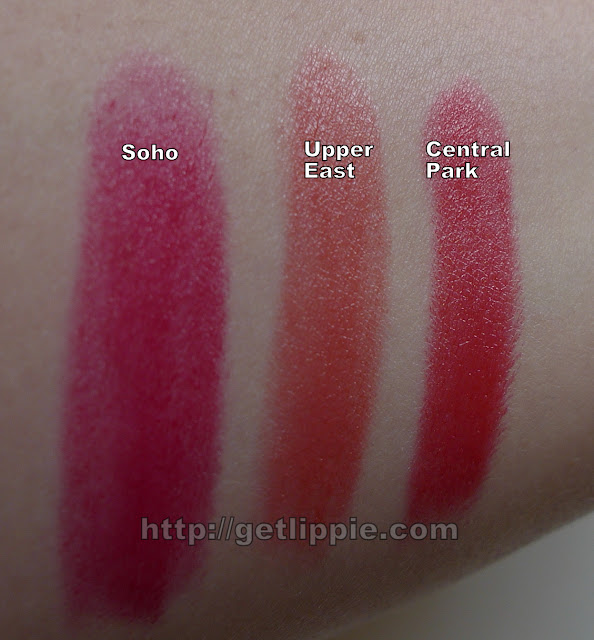 Soho is stunning in the tube, it looks like a pure, clear red, and is largely why I wanted the set in the first place.  On my skin it pulls a little more blue than I was expecting, but on the lips it’s a great dramatic shade of red.  I love it.

Upper East is  … well, peach.  And, I like it much more for being peach, as it’s not one of those beige-based nudes that make people look ill.  Or, in my case, dead.  It’s a lot easier to wear than I was expecting, which was great.

And my favourite: Central Park – which is a bright coral, and suits my skin perfectly.  It’s on the reddish side, but that only makes me love it more.  And hey, it’s “refined”!   …

The formula is somewhere between the formulas of the famous Lipstick Queen “Saints”, and “Sinners” formula, being rather more pigmented than the Saints, and less matte than the Sinners.  There’s no scent – and how much do I love Poppy for refusing to scent her lipsticks?  Very much, that’s how much – and the lasting time is about average, about four hours or so before you’ll need to top up.

The Liptropolis Lipstick Library is available from SpaceNK and costs £40, which is a good price for three full-size lipsticks.  Poppy King lipsticks normally for around £17-18 each.  Can’t wait to see what she comes up with next …

The Fine Print: PR Samples.  But I did have a chat with Poppy herself recently.  She’s all kinds of aces.
This post originated at: http://getlippie.com All rights reserved.