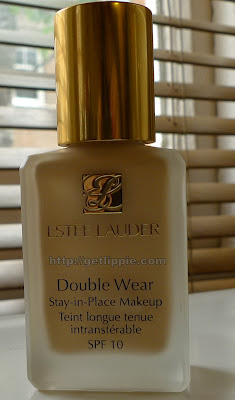 Let me explain. I had a blessedly zit-free existence until I was 26, my teenage years passed in an acne-free haze.  I was clear-skinned, and delightfully pore-free.  I had no skin-care routine whatsoever, washing my face as and when I felt like it, and my makeup usually consisted of a tonne of eyeshadow, lashings upon lashings of eyeliner, and any lipstick I could put my hands on.  Blusher and mascara were optional, and I don’t think I even knew what foundation was at the time.

I woke up one day at the age of 26, with adult-onset acne, my chin, in particular was zit-central, but there wasn’t really any area of my face that got away scott-free, and my skin was the bane of my existence. Add to this that I had increasingly red and flaky skin, well, it wasn’t good. Someone on the internet recommended Estee Lauder Double Wear to me, and it was life-changing.  A good, high-coverage foundation that covered up even the reddest of inflamed and spotty skins?  I was in.

However, at that time, Double Wear was only available in six shades, and, well, they were all slightly orange.  But, taking the lesser of two evils into consideration, being a little bit tangerine was a small price to pay to have my zits hidden, and I gladly paid it (and the £18 it cost – which I thought was extortionate, how times have changed!  Now, an £18 foundation would be midrange, but I’m digressing). 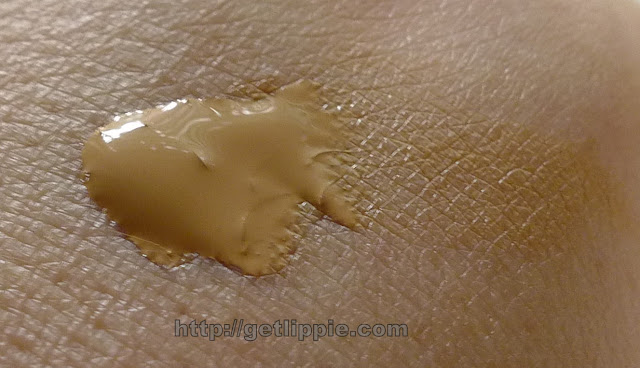 All this has been a very long and roundabout way of saying that Estee Lauder Double Wear is now available in 30 shades … and not all of them are orange!   Good old Fresco (what used to be the lightest shade) is still available, but it’s now abutted by 29 other shades which should ensure that there is a match for most people.

The shades are in six different colour groupings, 1 being the palest, and 6 the darkest, with warm, neutral and cool tones (W, N, C) within each group. I got matched recently to shade 2N1 Desert Beige, which you can see above. I have pale (but not that pale) skin, and neutral is normally a good match for me, whilst my skin is usually on the cooler side, I do actually tan quite well, and my eyes are hazel, both of which normally mean you’re warm-toned, but I’ll stick with neutral, thanks.

Re-trying Double Wear has been fun, actually, I see a lot of people wearing it these days – sometimes, if it’s been over-applied, then powdered to heavily (something I see fairly regularly, even in people who should know better, frankly) you can just tell.  The trick to a natural application with this, and it is possible, is to apply as little as possible, then buff, buff, buff the liquid into your skin, until you’re left with as natural a finish as possible.  Personally I don’t powder over – but then I only ever use powder once in a blue moon anyway.

I love how Double Wear lasts, it never needs reapplying in the middle of the day, and you very rarely need concealer, either, just, you know, take care not to over-apply, guys …

The  Fine Print: PR Sample – if you ever get a chance to meet Alan Pan, the Lauder International Makeup artist, jump at it, he’s a scream.

This post: http://getlippie.blogspot.com/2012/10/estee-lauder-double-wear.html originated at: Get Lippie All rights reserved. If you are not reading this post at Get Lippie, then this content has been stolen by a scraper