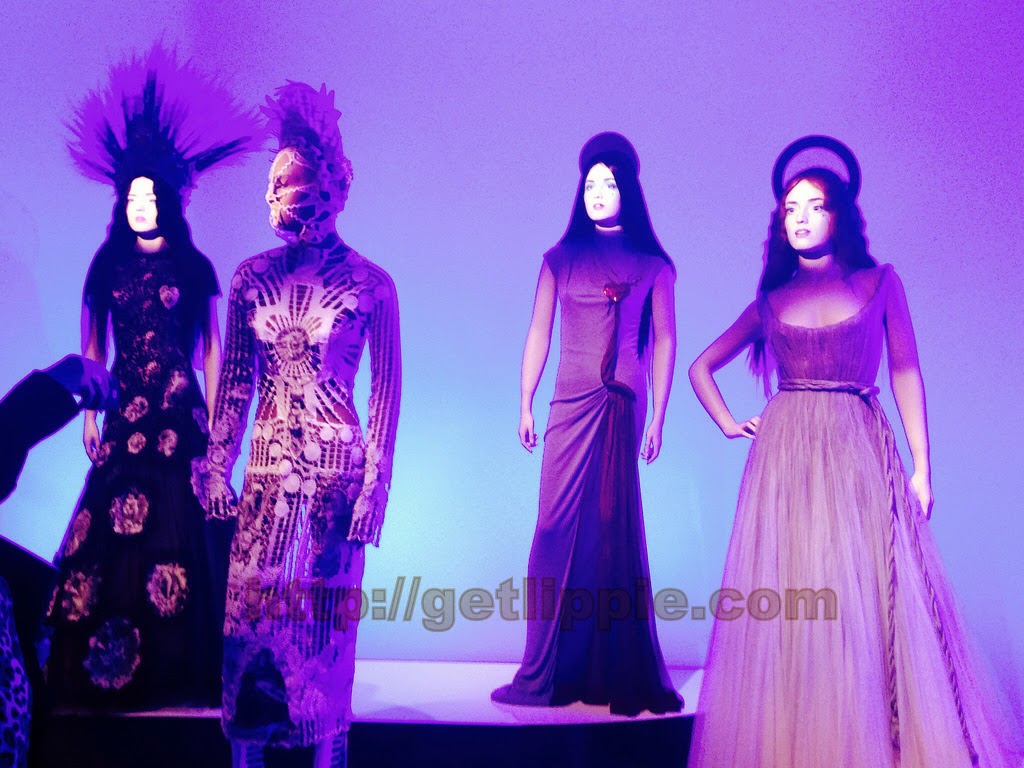 To say I don’t really “do” fashion would be a mild understatement.  I simply don’t “get” fashion.  Part of this is because I’m what is euphemistically known as “plus size”, of course, but mostly it’s down to the fact that high fashion isn’t really useful to those of us who either don’t earn millions of pounds or, aren’t six feet tall, or have, like, proper jobs and that.  Also, I’m an accountant.  Cutting edge accountancy fashion is making sure you’ve put the right buttons into the correct holes on your cardigan, frankly. 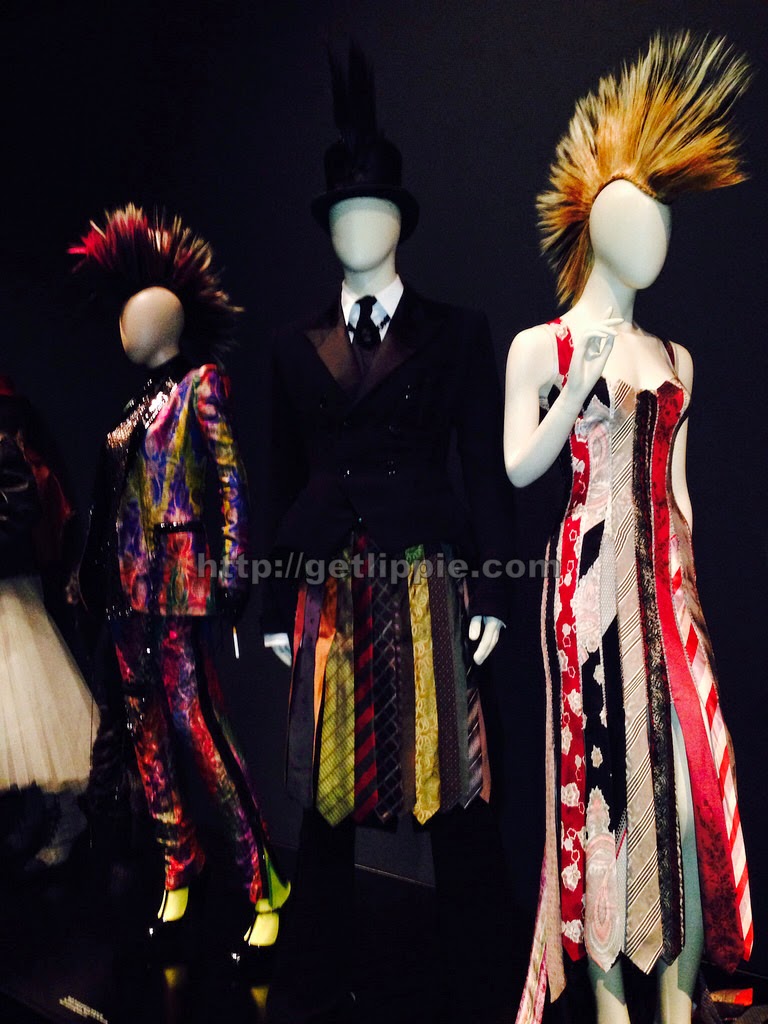 All of this is a roundabout way of saying that I’m not really the target market for the current JPG exhibition at the Barbican, I basically only know Jean Paul Gaultier because of Eurotrash. Oh, and his perfume, of course! 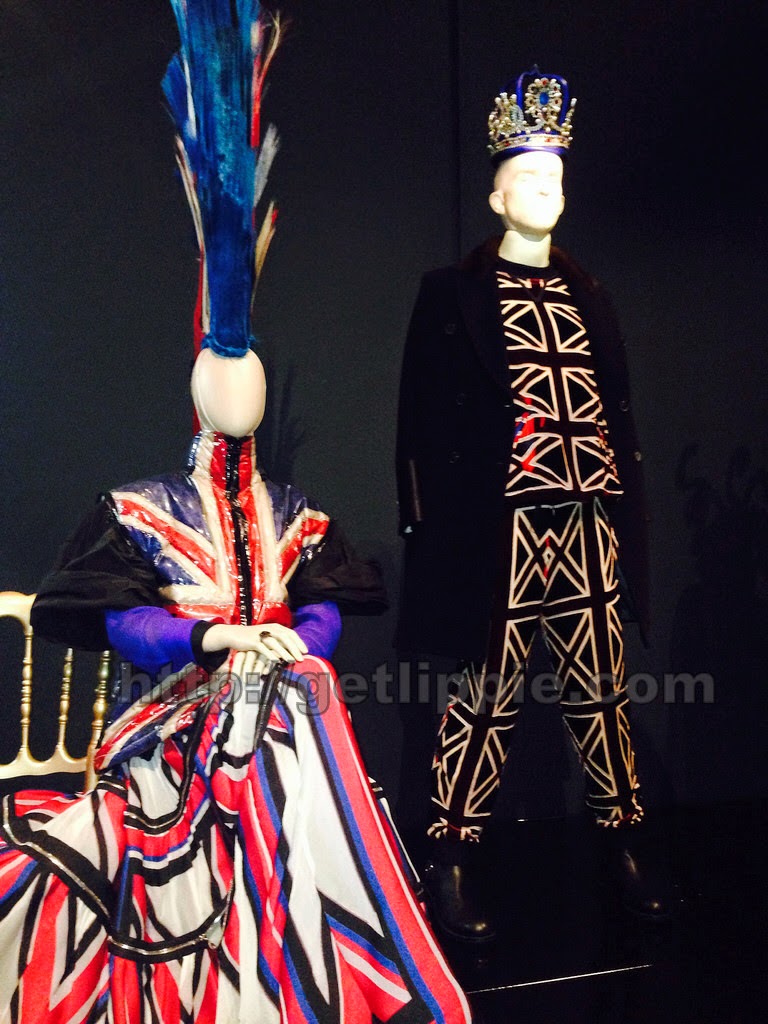 But … this exhibition is absolutely bloody astonishing.  Luke and myself were lucky enough to be invited to the press preview of the show the day before it opened to the public, and I found myself enthralled by the sheer size and scope of the exhibition, and the really amazing detail on the clothes themselves. 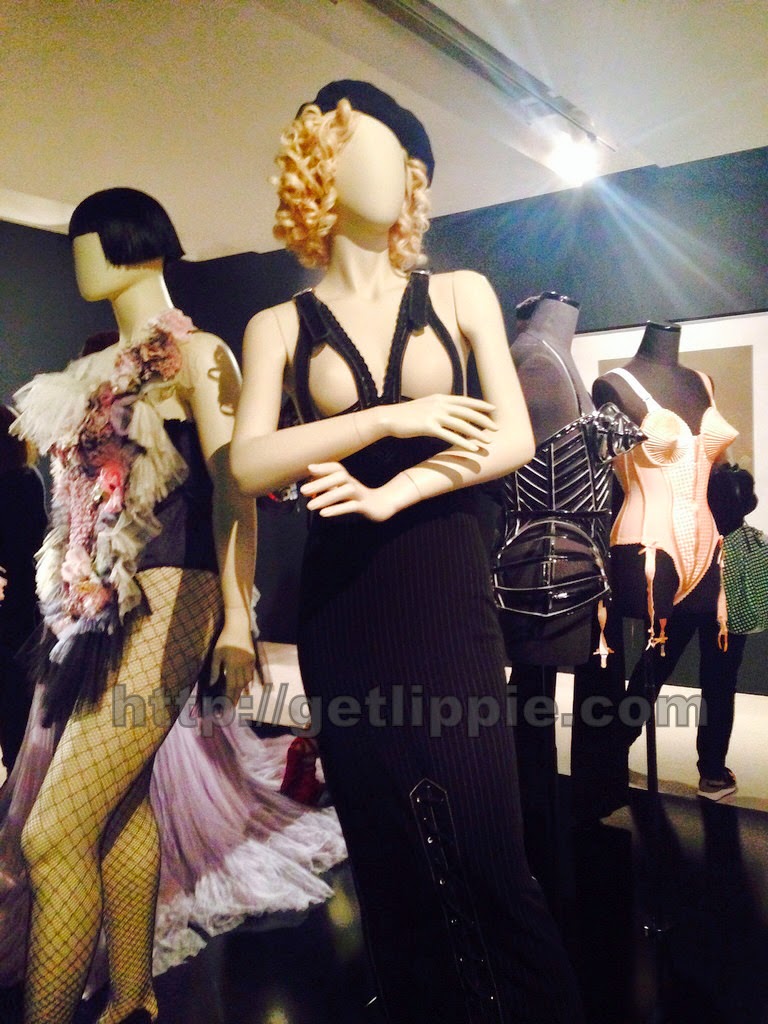 Basically, every era of JPG’s career is represented, from his iconic work with Madonna’s stage oufits, his film costumes, his catwalk haute couture, and, of course, his :ahem: pioneering work on Eurotrash, and there is even his Spitting Image puppet:

There are holographic mannequins, who gurn, giggle, and even sing to themselves, which genuinely have to be seen to be believed as the technology, even close up, is amazing (and much, much better than these next couple of quite frankly shonky photographs make it look): 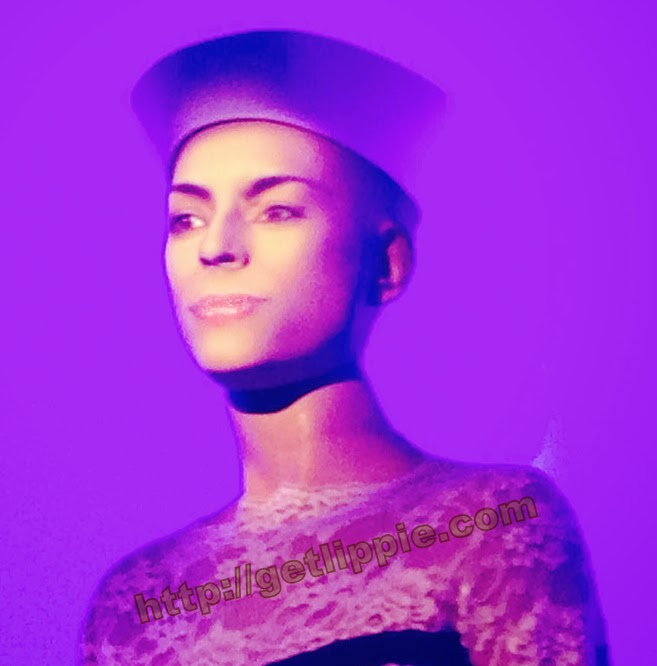 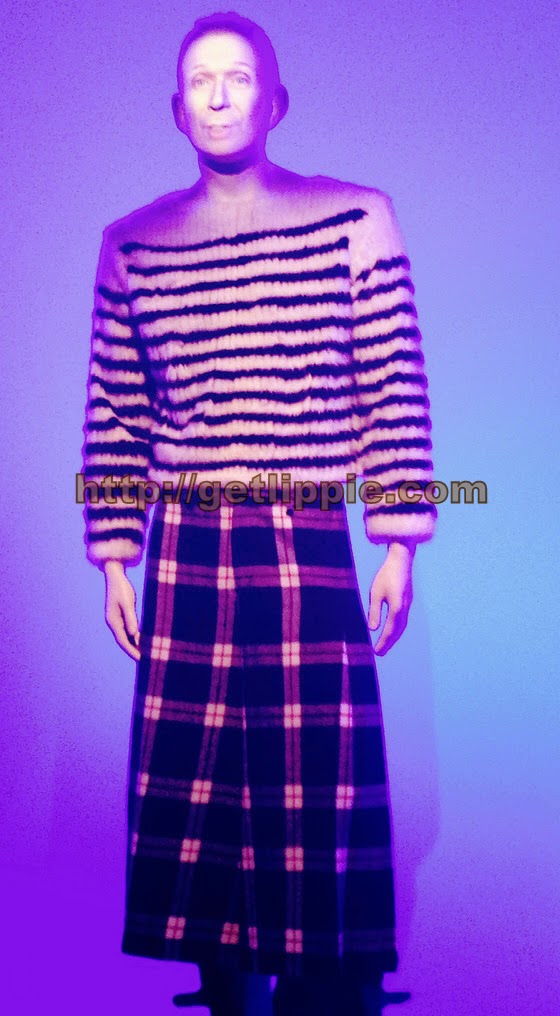 We only had an hour for our view, and it wasn’t, in my opinion, nearly a long enough amount of time, there was a lot of stuff that we simply didn’t have time to see properly, and I missed the significance of some of the exhibits, as we were racing around before the main event of the day. 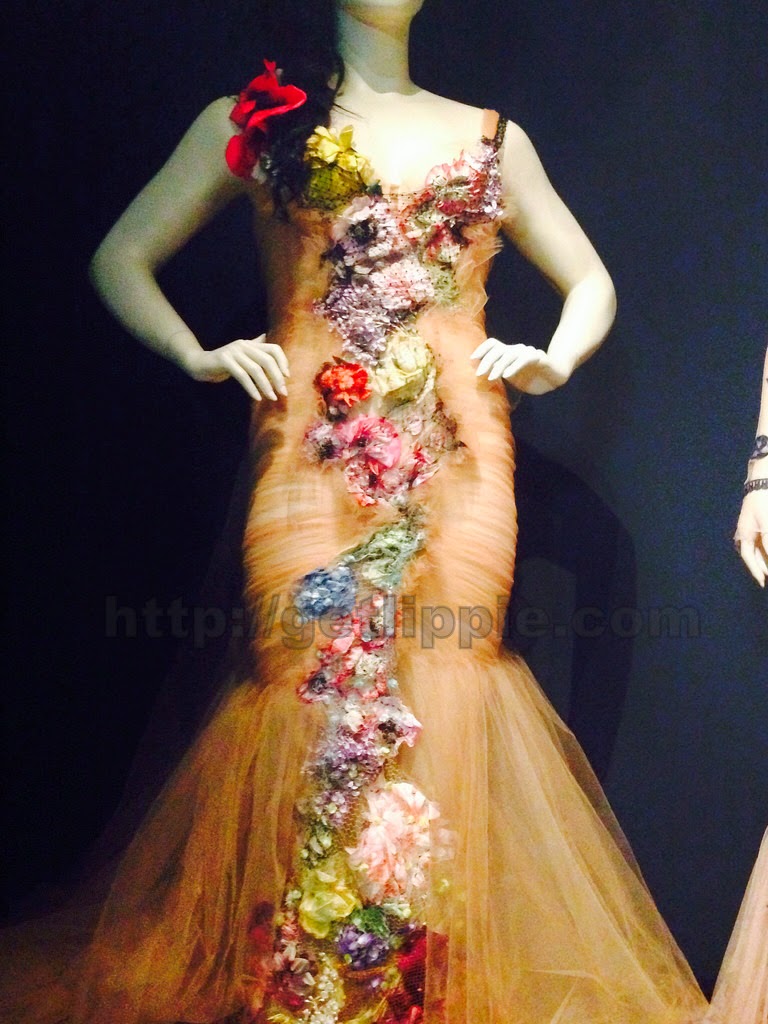 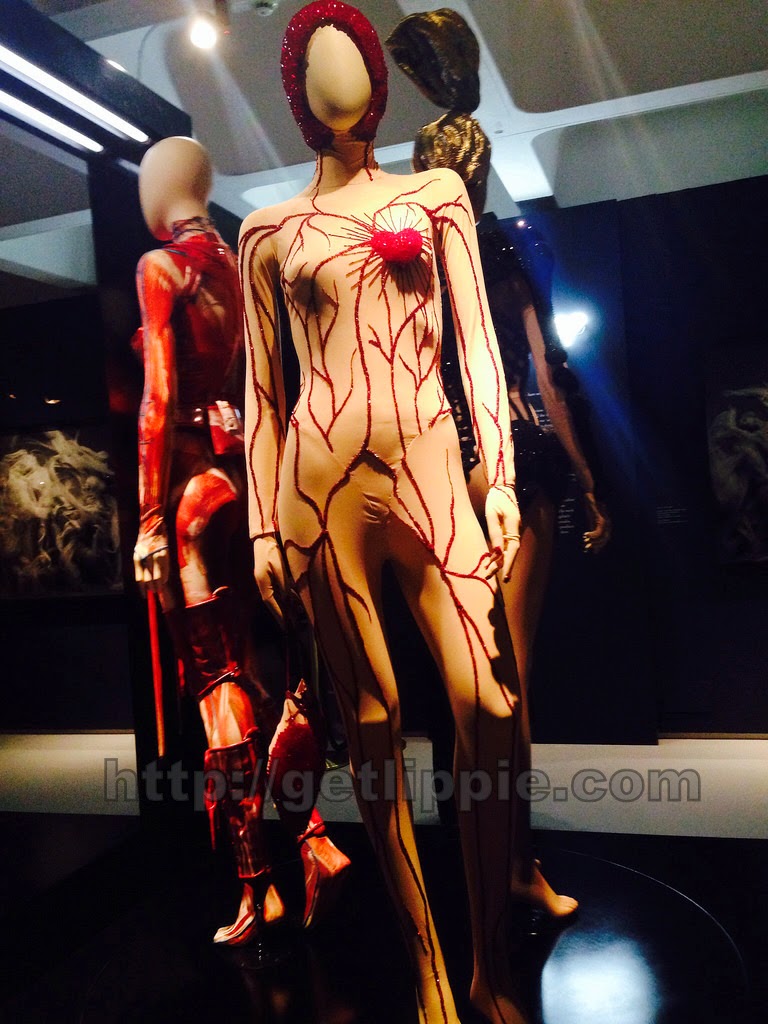 There was also a fragrance symposium after the exhibition, where it was revealed that there will be a new “intense” version of the JPG Classique fragrance released in the UK in July, which is great news for lovers of the original.  We were treated to a tiny sniff of the new formula at the symposium, and it’s … fruity.  Apparently, Francis Kurkdjan has been dying to make a fruity floral for a long time now (my heart sank at those words, I must admit), and he was delighted to be able to bring that to fruition.  I’ve no idea how the formula will translate on the skin, but I’ll keep you posted once I’ve smelled it properly. 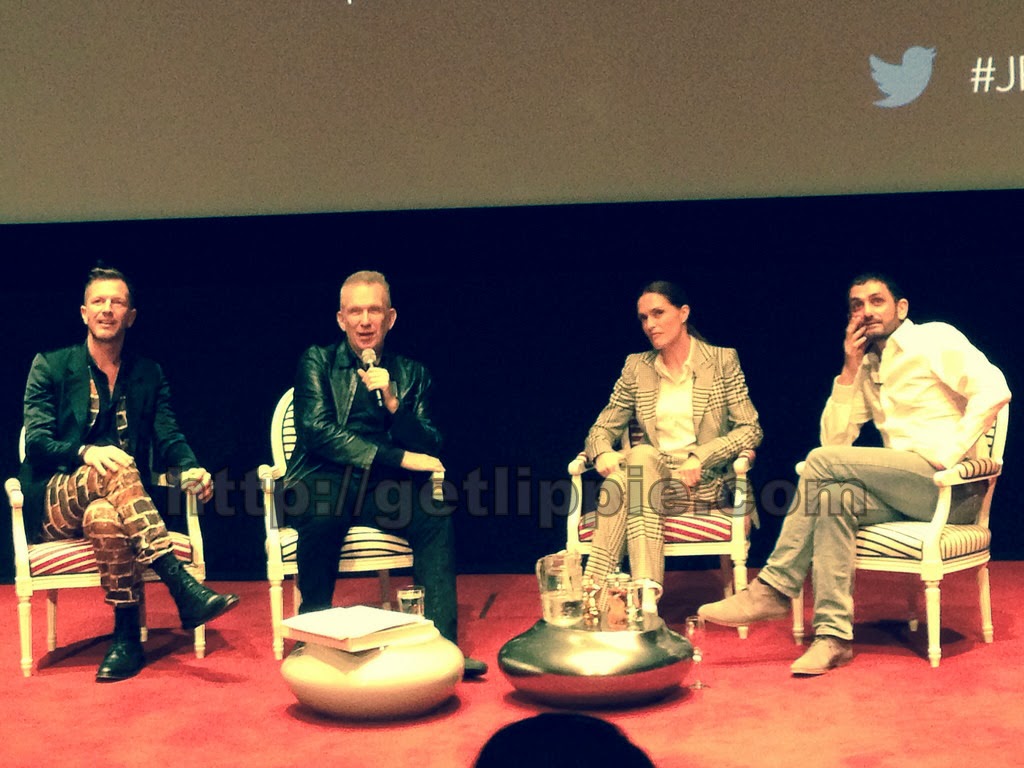 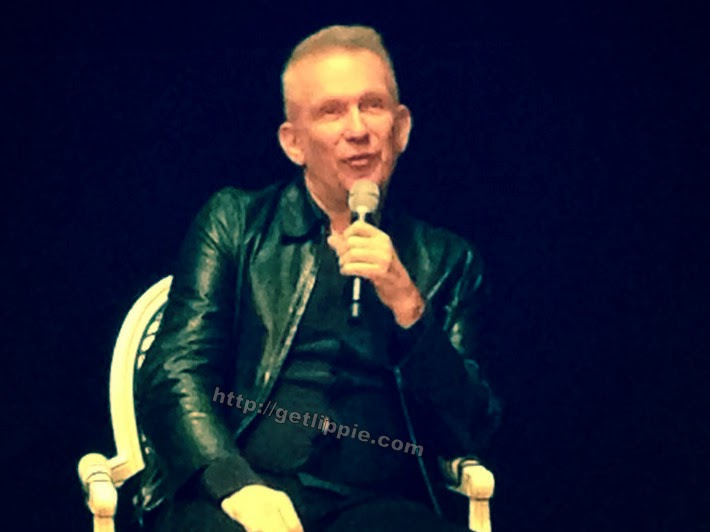 If you get a chance to pop along to the Barbican before the exhibition ends in August, then I recommend that you run to see it.  I’ll definitely be going back – did I mention that it’s amazing? 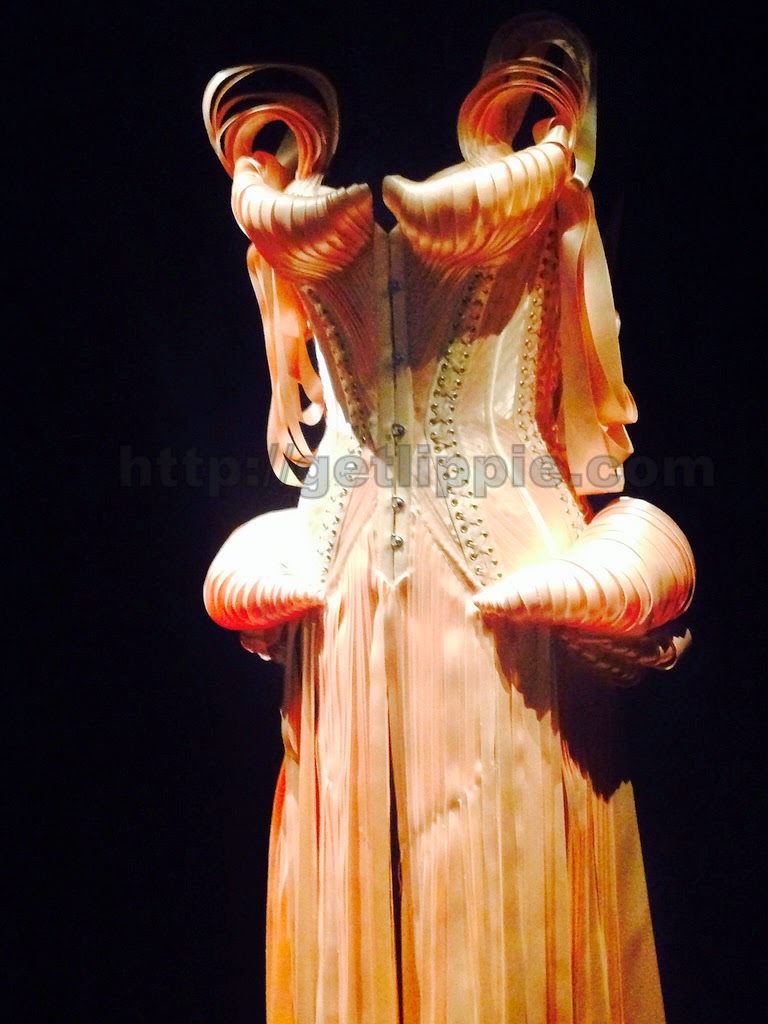 This post: The Fashion World of Jean Paul Gaultier originated at: Get Lippie All rights reserved. If you are not reading this post at Get Lippie, then this content has been stolen by a scraper