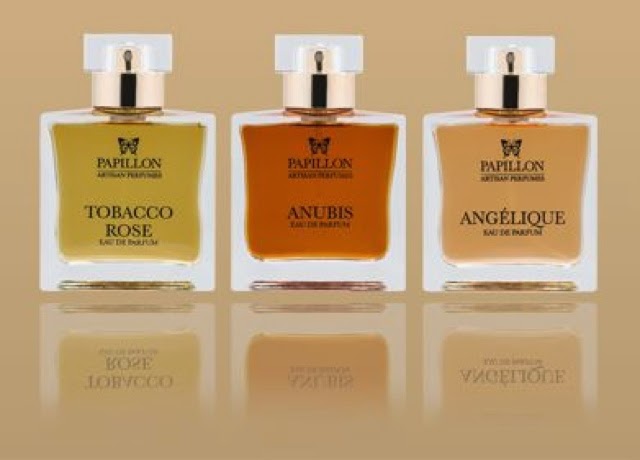 By Laurin
Generally speaking, I’m quite happy to live in 2014. I do have the occasional fit of Mad Men-inspired melancholy, but although I’d be quite happy to have regular access to 60’s style hair and music, I’m decidedly less keen on 60’s style access to contraception and career opportunities. So despite its aesthetic deficiencies and frankly appalling lack of whiskey decanters in offices, I remain gladly in the 21st century.
What I’m not so keen on is much of modern perfumery. I rarely write about new releases, and that’s because they so rarely move me to any words beyond, “Eh…” To my mind, the word “modern” when applied to perfumery translates to “clean and bland”, or if we’re being polite, “minimalist and commercial”. Exceptions abound, of course: the Italian house Nu_Be pulls off the neat trick of crafting perfumes that are both interesting and easy to wear. No one would ever accuse Frederic Malle of playing it safe. And if all else fails, there’s always Mugler. But for the most part, I ain’t buying it.
That’s why I’m genuinely excited about the launch of three new scents from the nascent English brand Papillon ArtisanPerfumes.  Papillon is the baby of Elizabeth Moores, and its three debut fragrances are truly stunning creations. I’m obsessed with both Tobacco Rose and Anubis, and I struggled mightily to decide which to review first. Early bets are on Tobacco Rose being the best-seller, but the audacity of Anubis is too compelling to resist.
According to Egyptian mythology, Anubis was the jackal-headed god of the afterlife and was strongly associated with funeral rites and mummification. Liz tells me that she named the perfume after the ancient deity partially because it went through so many reincarnations before it was exactly right, but it is also worth noting that many of the materials in the composition would have been available in some form or another to the ancient Egyptians.
Smelling Anubis for the first time is akin to burying your face in a vintage suede handbag lined with silk. It envelops you in rich, dusty warmth that sings with anticipation. At first sniff, the bitterest orange peel note hangs in the air for a fleeting moment before seamlessly melting into a rich heart of rose,smoky Egyptian jasmine and pungent pink lotus. This is also where spicy immortelle and a medicinal, meditative frankincense Rivae show up and never quite fade, even as the fragrance dries down into saffron, buttery suede and an overdose of sandalwood. Anubis is striking in its originality, but easy to wear and never veers into the “rough-riding cowboy” territory of some of my favourite leathers such as Montale’s Aoud Cuir d’Arabie or my beloved Lonestar Memories. But what an act of bravery it is as part of a first collection! Commercially, I imagine it would have been a much easier sell to launch a sparkling citrus, or yet another fresh take on a white floral. And yet, here we have a dusty, erotic leather rendered in smoke and flesh. This is not a perfume for the masses. It’s a perfume for perfume lovers.
When I was eighteen years old, I saw the English Patient for the first time. Since 1997, I’ve probably clocked up another fifty viewings minimum. It’s still my model for what a healthy romantic relationship ought to be: passionate, furtive and in all likelihood, ending with fevered whispers in a remote cave. Anubis, for me, is the personification of Count Almásy’s weathered copy of Herodotus. After the plane crash, when the history is already between the pages and needs only silence and a willing pause to reveal itself. “Listen,” it says
Papillon Artisan Perfumes launches its first collection of fragrances Anubis, Tobacco Rose and Angelique from June 24th at http://www.papillonperfumery.co.uk/. They will be available in Les Senteurs from early July, but you can get a sniff in the Seymour Place branch now. They’re worth the trip.