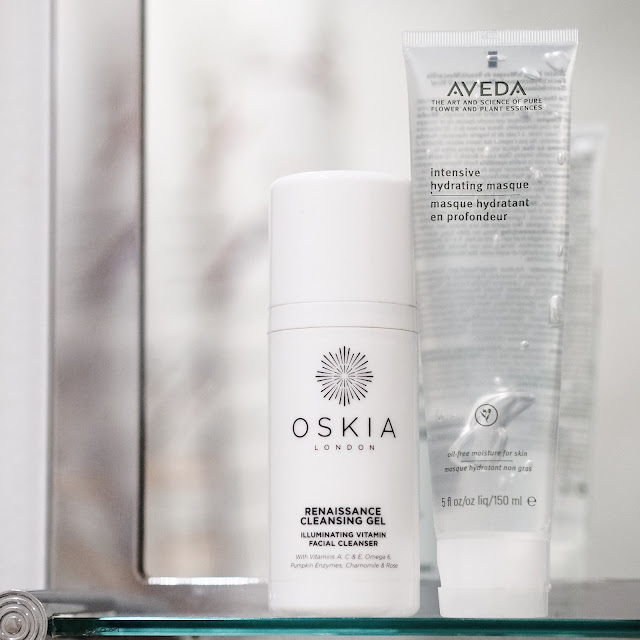 Last Sunday was a very stressful day, so I ended up giving myself a mini-facial in the middle of the day.  Oskia Renaissance Cleansing Gel was soothing with its rosy softness, then I slathered myself in Aveda Intensive Hydrating Mask for the rest of the day.  I love this stuff, oil-free, it is instantly cooling and soothing (I keep mine in the fridge.  That reminds me, I need a bigger fridge), and leaves you plumped up and less red and angry-looking.  As I’m approximately 2/3rds sheer grumpiness, this is a minor miracle, I’m sure you’ll agree.

After a stressful Sunday, I needed a treat come Monday morning, and when that happens, I reach for the Zelens: 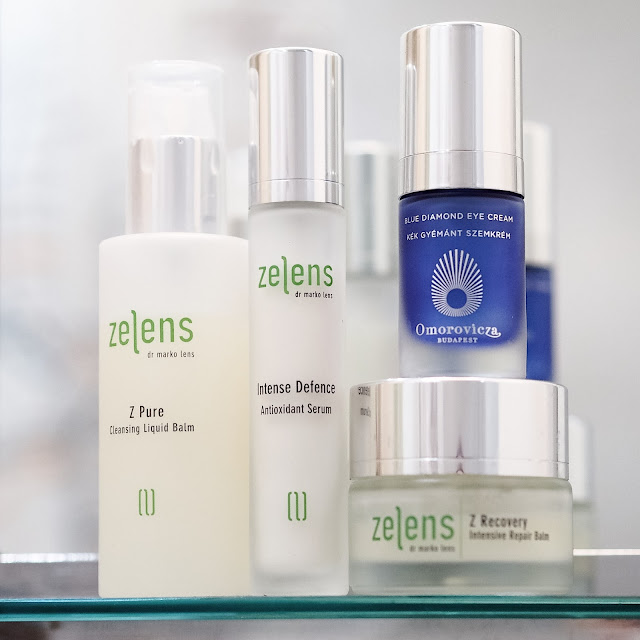 I’ve been trialling the Intense Defence serum for a few weeks now, there’s a full review of it upcoming, but I like this.  I like this a lot.  If you have tendencies towards sensitivity and redness (as I do), you’ll probably like it too.  I paired it with the Z Recovery Intensive Repair Balm, as that is probably my second-favourite Zelens product of all time.  A non-greasy balm (actually more of a rich gel-texture) this nourishes and just makes skin look fab after using.  Any time my skin is a bit stressed, or dried out, or over-stimulated with active products, I reach for this, and my skin is usually much the better for it after one application. 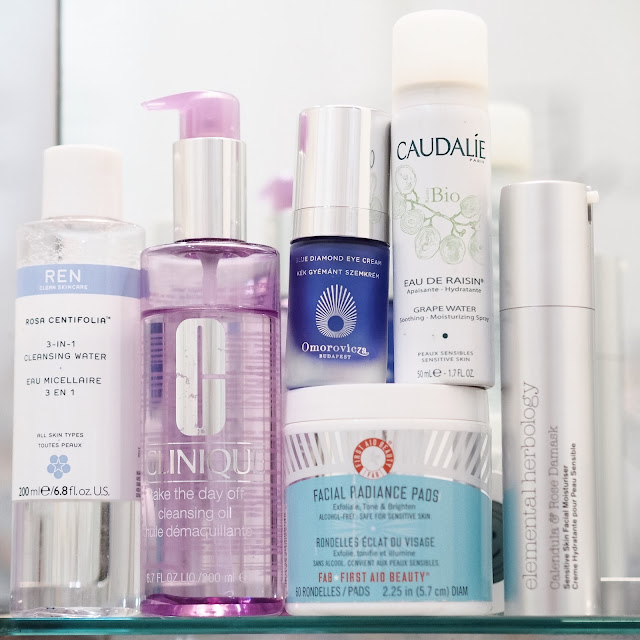 A tiny catastrophe on Tuesday when I couldn’t find either my Bioderma Crealine spray OR my beloved La Roche Posay Serozinc, so I had to dig out my Caudalie Grape Water.  I actually like the grape water, but the other two are much better for my rosy-redness, so it wasn’t really the end of the world.  I added in the Ren Rosa Centifolia Cleansing Water, as, for some reason, I woke up with mascara smudges.  My waterproof eyemakeup remover has gone walkabout, and I paid the price on Tuesday. 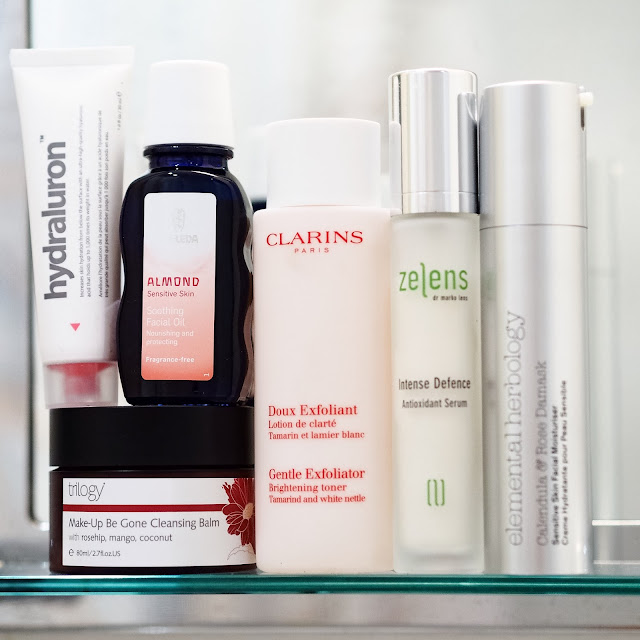 I had a super-exciting day on Wednesday (more about this later on in the week) and wanted super-hydrated skin.  I made what could have been a schoolgirl error in trialling a new cleanser that morning (NEVER trial new skincare on important days), but luckily the Trilogy Makeup Be Gone Cleansing Balm didn’t cause any problems.  I’m not sure I like it, but I’ll write more in detail when I’ve used it a few times, it seemed a bit claggy and difficult to remove, in spite of it containing an emulsifier that is supposed to turn it into a milk when you add water, but, like I say, based on one use, it’s not fair to review it yet.  I added in Hydraluron and Weleda Almond Oil for more hydration, and, I have to say, my skin looked good on it.  Shame I was a hyperventilating idiot at my special event, but again, more about this later this week. 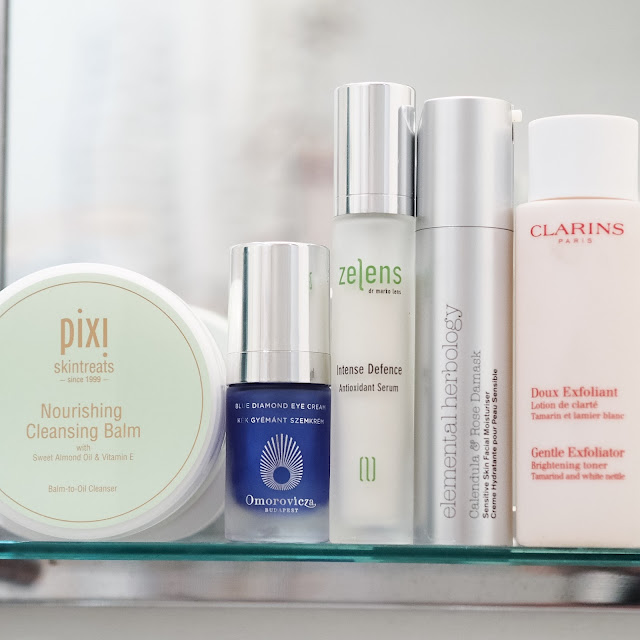 Thursday came, and with it, new products from Pixi!  Trialled the Pixi Nourishing Cleansing Balm alongside some old and new favourites, and its a very good, quite basic cleanse, but it does what says on the tin, which is excellent. 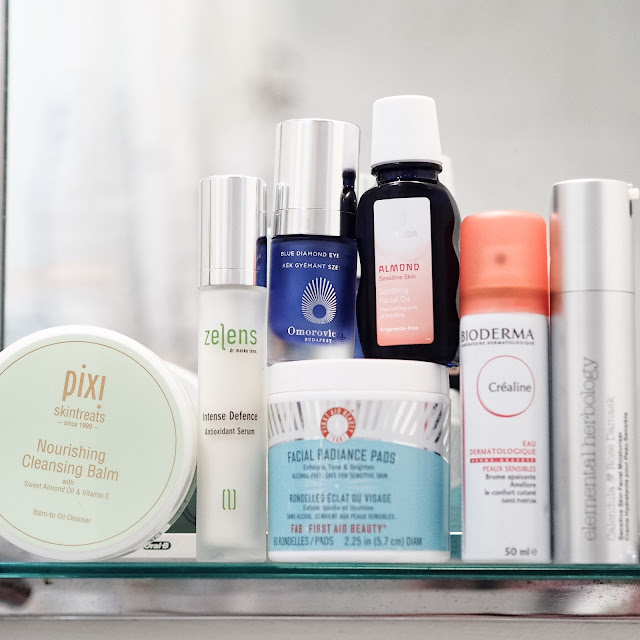 Friday was a second go with Pixi Nourishing Cleansing Balm, and (joy of joys!) My Bioderma Crealine Spray turned back up.  It was, of course, precisely where I’d put it (away) last week.  I shouldn’t be allowed out sometimes.  Anyway.  I really liked the routine with the Weleda Almond Oil earlier in the week, so used that again too.  This was a nice routine, I liked it a lot, and even went to work with NO MAKEUP WHATSOEVER on my face.  That has literally never happened before.  And, you know what?  It wasn’t that bad. 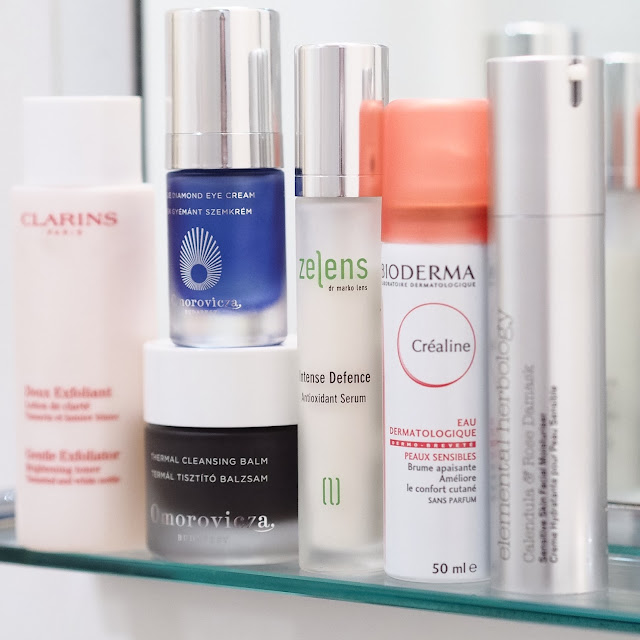 On Saturday, I woke up with an intense craving for the scent of orange blossom (look, I know), and so dug out my Omorovicza Thermal Cleansing Balm.  Which I love.  Intensely.  I’ve been using Omorovicza bits a lot lately – intensely trialling the Blue Diamond Eye Cream at the moment, and … well, it’s good.  How much of that is me wanting it to be good, and how much is it actually being objectively good is currently still being decided (I really need to read the press release), but I like it very much indeed.

I took a (rare) picture of my nighttime routine on Saturday (my constant taking the camera into the bathroom is beginning to worry my husband somewhat, I have to admit), and it was an all Pixi Beauty routine: 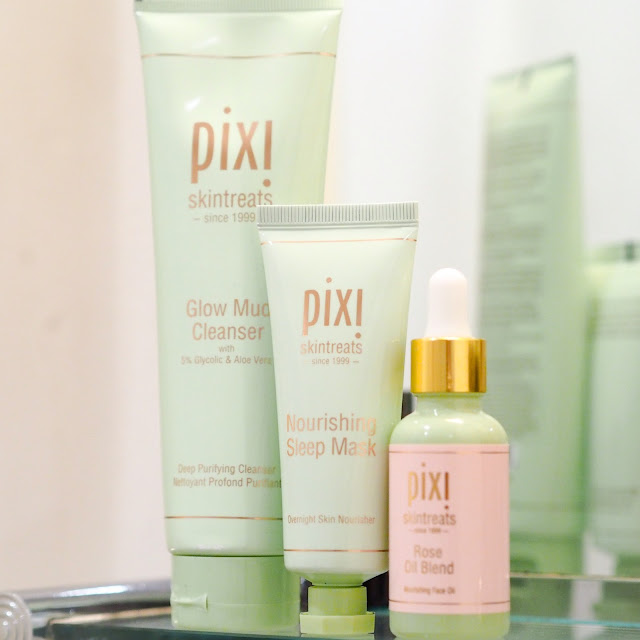 The Pixi Glow Mud Cleanser, Nourishing Sleep Mask and Rose Oil Blend.  I woke up with lovely glowing skin this morning, and one can’t say fairer than that, really.  I was surprised at how much I liked the texture of the Mud Cleanser, it’s actually not a dry, sticky clay as I was expecting, it’s much nicer than that.  It contains glycolic acid, so gives a nice little tingle to the skin, but both the Rose Oil and the lavender/hyaluronic based Sleep Mask were soothing and took the edge off.

And finally this is what I’m wearing on my mush right NOW: 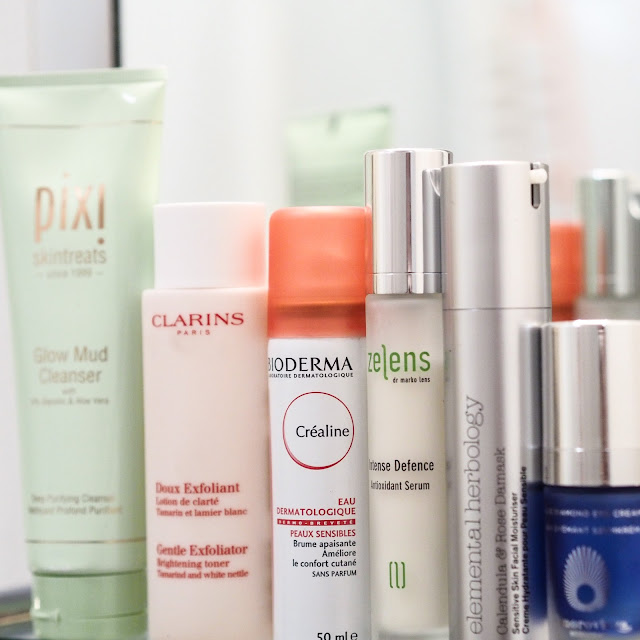 Used the Pixi Glow Mud Cleanser again and followed it with the Clarins Gentle Exfoliator (I don’t actually recommend you do this if you have super-sensitive skin, btw, I won’t be doing it again – one round of a glycolic-based product per routine is enough for me), then followed it up with my usual.

How’s your skincare been this week?

The Fine Print: PR samples gifts and purchases all mixed up into one big box of endless decision-making first thing in the morning …

This post: Skincare of the Week 13.09.15 originated at: Get Lippie All rights reserved. If you are not reading this post at Get Lippie, then this content has been stolen by a scraper