Nail of the Day – OPI Meet Me At The Starferry 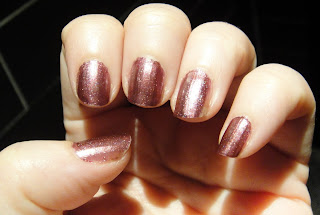 This might not be the most exciting nail polish you’ve ever seen, but I adore it.  A work-safe mauvish-pink with multicoloured sparkles, it has a lovely depth on the nails, and is very pretty.  I spent several days last week admiring it. I’d seen it on a lot of blogs recently, and it appealed to me a lot more than, say, Jade is the New Black, for some reason!

Swatches shown are two thin coats over an Orly base and with an OPI topcoat, and are around three days old at the time of photographing, it wears much better than a lot of polishes in my collection!

The day before I removed it, I decided to mattify it just to change it up a little: 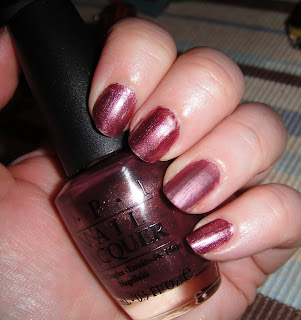 Unlike the red creme I tried this with last time, I think this one looks better shiny, what do you think?

The Fine Print: I bought this from Selfridges.  I might as well get my entire salary paid to them and have done with it, let’s face it.